Print two materials at once with the Ender 3 Pro

Thermistors held in by washers now. Socks on the heater blocks. It took a bit of finagling to get the wires in comfortable positions, you can see below how I managed it by turning the left nozzle 90°, and routing the heater/thermistor/fan wires over the top of the x-rail. 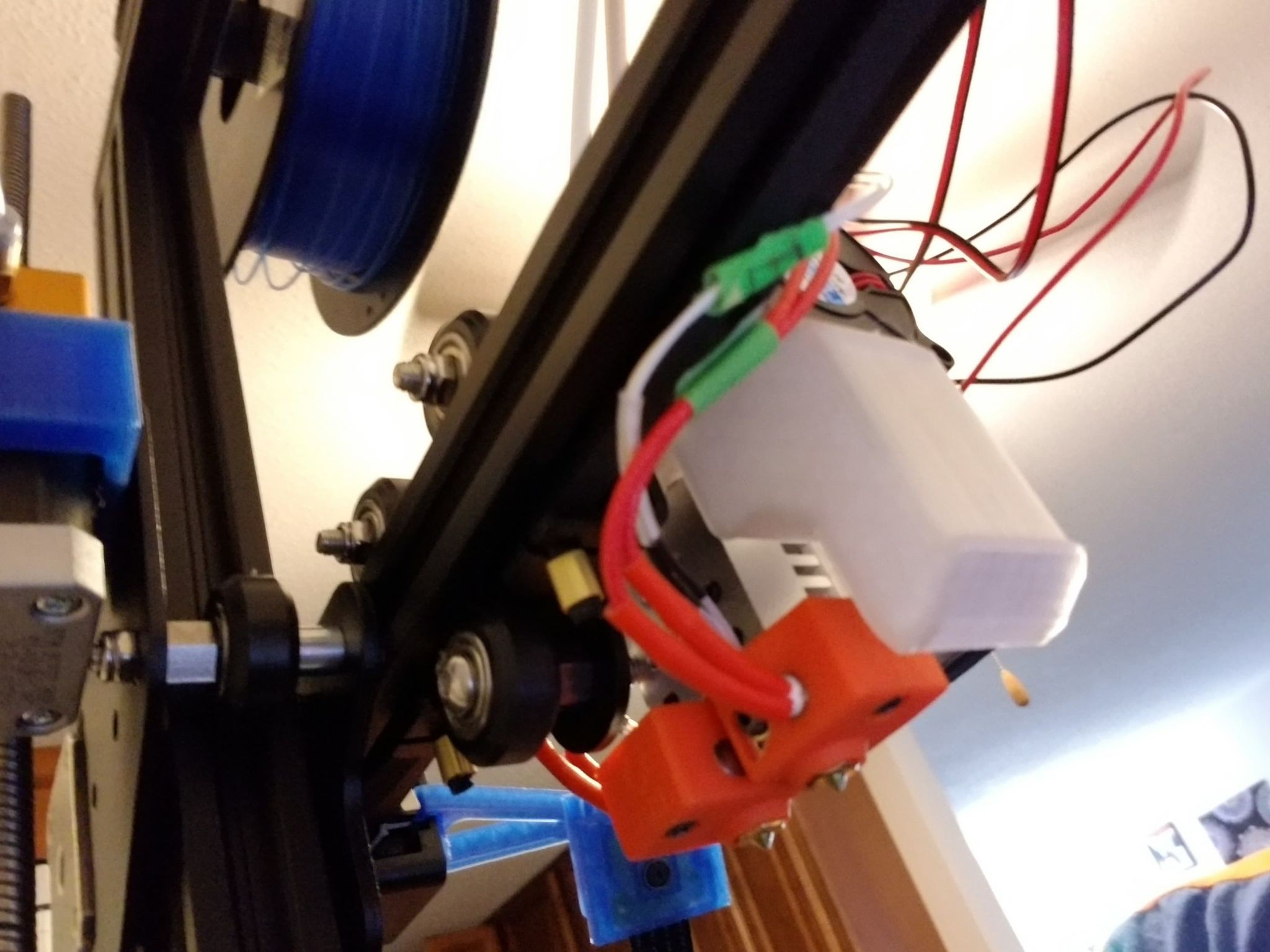 The hardest part of installing the hotend was probably getting the two nozzles as level as possible. After greasing the throats and inserting them in the heat sink I just eyeballed their height's, and ended up with what I think is good enough.

Finally was able to mount both steppers with their extruder frames. It might be worth getting a more powerful stepper for the z-axis eventually, as it has substantially more weight now.

Very poor cabling again, I just wrapped all the wires to the hot end with polyimide tape, and used a couple screws/t-nuts with a loop of tape around them to hold the cable out to the side so the y-stage wouldn't catch it.

After manually leveling the bed, I fired up the first dual print to check the accuracy of the nozzle offsets in the firmware (which is just 18mm x-offset for nozzle 2). I was pretty surprised actually, but the offset in the firmware took care of aligning the nozzles during printing pretty well. The print isn't centered on the buildplate, but that should be a pretty easy fix either somewhere in the firmware or in the cura profile.

I'll have to do a bit more finessing to get the X/Y offset just right, it looks like there might be ~100µm or so misalignment, but the nozzle heights were level enough that they didn't damage each other's extrusions.

So yea, not sure if I'll post any more updates, from here on out I think it'll just be pretty vanilla PID and stepper calibrations as well as tuning the nozzle offsets.