For How to Build the Jokenpo Game with Arduino 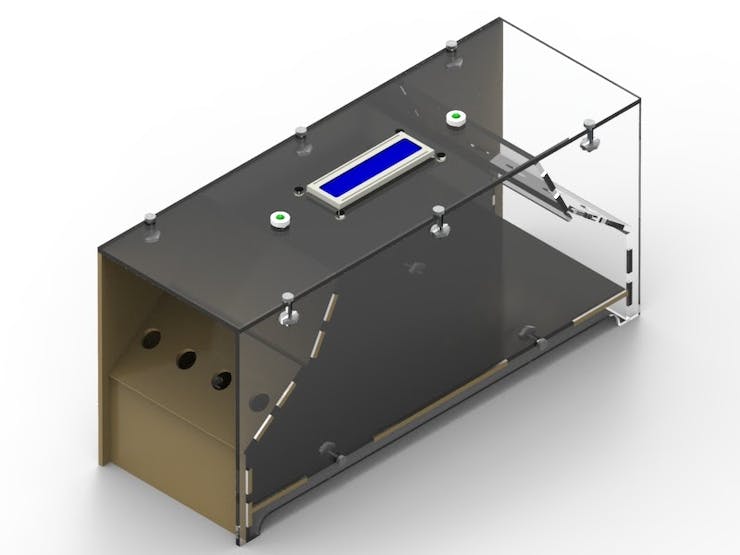 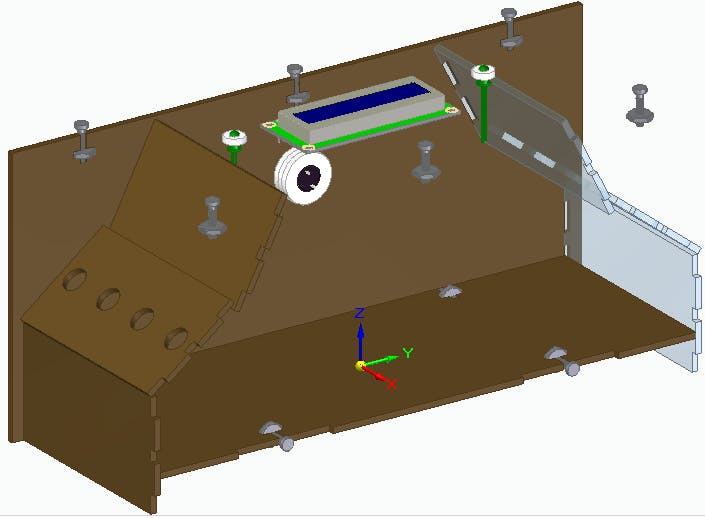 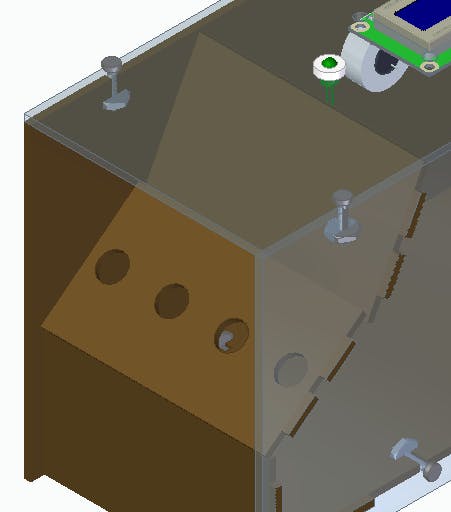 Each participant will have 3 options, between stone, paper, or scissors, and the fourth button will be responsible for confirming the choice. Since the buttons are at opposite ends and covered by surfaces, each participant will not be able to see the opponent's option.

The buttons are arranged in such a way that it will facilitate your choice without difficulty and thus conform the choice, using the instructions on the LCD display.

The game presentation will be transmitted through the LCD display, which will show the instructions that the participants must follow.

It was inserted on the upper surface of the case for a better view of the participants and those watching the dispute. Its structure, as shown in Figure 4

In addition to the visualization available on the display, two indicative LEDs will also be used for the participants.

As participants choose their options and confirm, the LEDs will emit an indicative light.

For the best visualization of the LED indication, they received some indicator rings around them to better highlight them on the upper surfaces of the house.

The rings, or arcs indicating the LEDs, are illustrated in Figure 5. 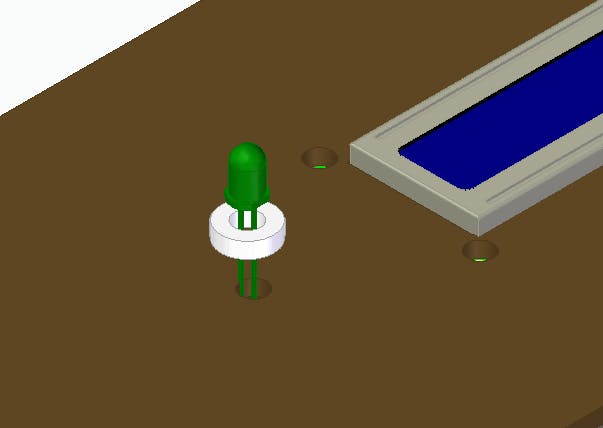 In addition to the LCD display and the indicative LEDs, a Buzzer audible indicator will also be used.

The Buzzer will emit the signal as the participants interact in the game.

This device was fixed on the left side, where some indicative holes for the sound output were modeled, in addition to fixing rings similar to those of the LEDs. 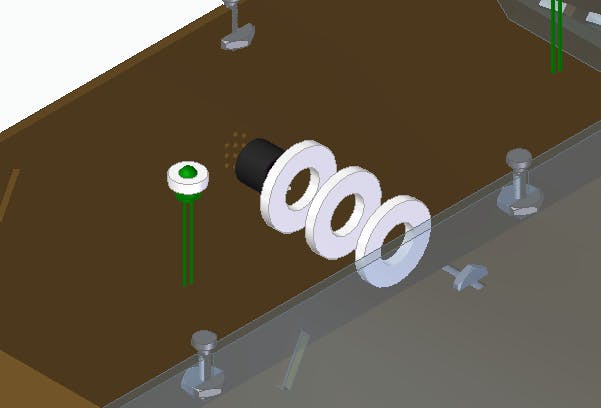 To fix the front structures, fittings were formed with openings that would be connected laterally.

The front structure of the case has three parts, each of which has two side fittings to be fixed without the presence of screws, as shown in Figure 6. 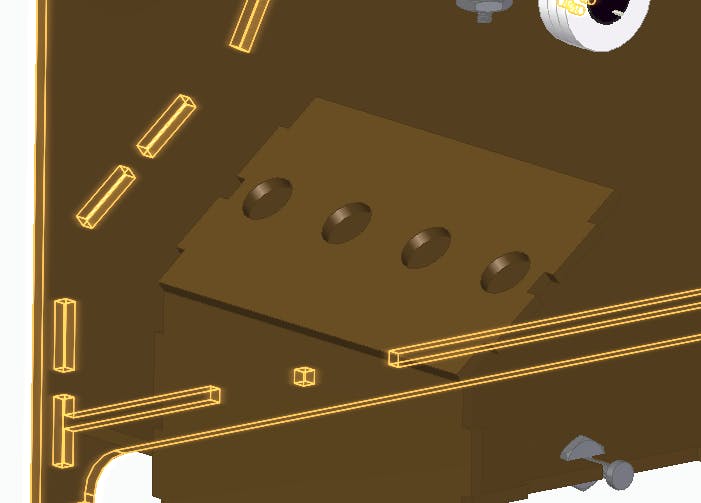 A total of 10 screws with M3 nuts were used throughout the game structure.

Figure 7 illustrates both the fittings and screws of the case. 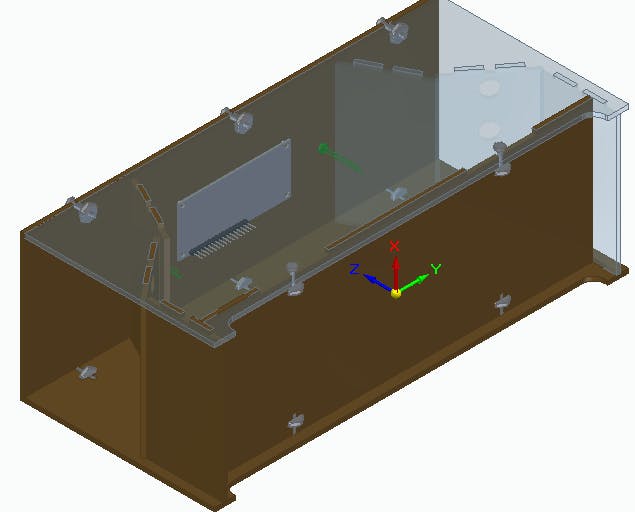 The Arduino development board responsible for processing the signal and making comparisons between the players' choices will be placed inside the case.

In the images used, most of the case structures were transparent in order to make internal visualization possible, leaving only some parts with a brown tint, to simulate the wood color used for its construction.

Figure 8 illustrates the entire structure of the game in perspective exploded into a rendered image. 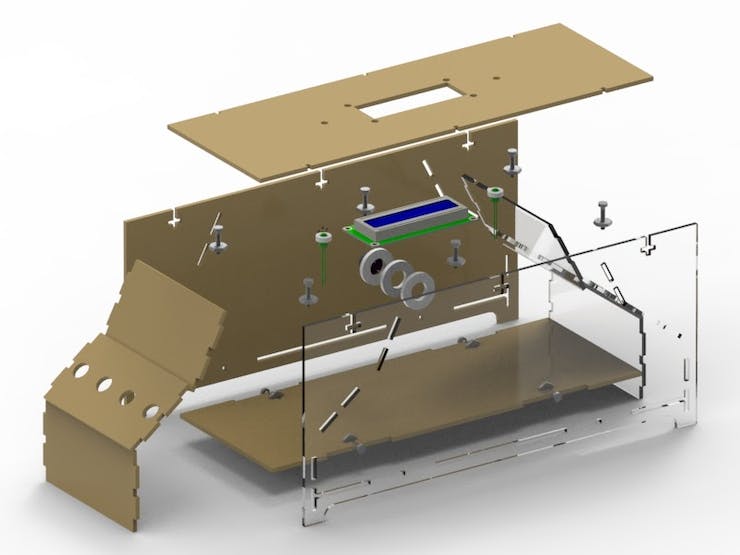 Next, we will present the structure of the Arduino used to build the project.

The JLCPCB wantsto offer 10 units of this Arduino JLCPCB compatible PCB for your projectsfor$2 in your first order with the link:Earn my PCBs Arduino Compatible. 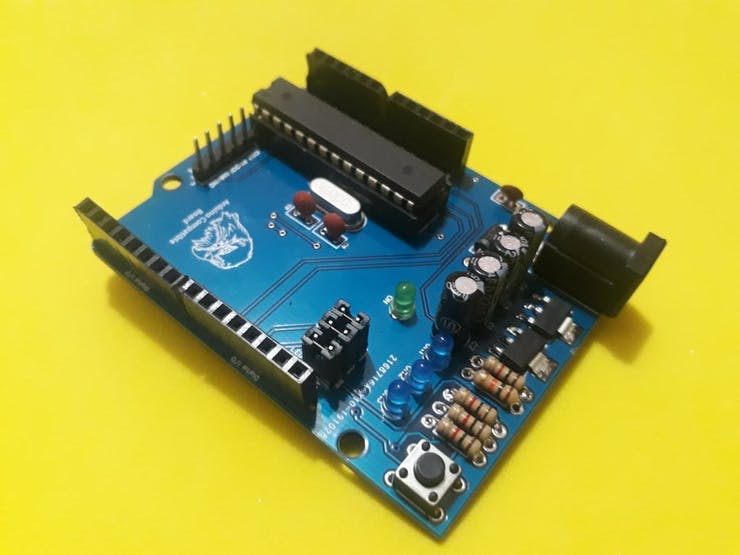 Now, we will introduce the programming logic of the Jokenpo Game.

The operating logic of the Jokenpo Game

The working principle of the Jokenpo game allows each participant to choose one of the three options of stone, paper, or scissors tools. After that, the analysis is made to check which player won based on the chosen tool.

In this game, the user will have 3 buttons and each one will represent the stone, the paper, and the scissors.

After choosing the tool, the user will press the option and then press the Ok button to confirm the choice.

When the option is chosen, the participant's LEDs will light up, to indicate visually that he must wait for the choice of the other player.

After the two participants choose the desired options, the LCD display will send a message to inform who the winning player was.

When the result is defined, the Buzzer will beep and the LED will flash for a few seconds to visually indicate who was the winner of the match.

Therefore, from the development of this project, it was possible to analyze the structure of the Jokenpo Game.

The structure of the game was modeled with M3 fittings and screws for its fixation, to create better mechanical stability.

In addition, all its development was done with the purpose of making it as didactic as possible for its subsequent assembly with the electronic part, because the physical structure of the game case was made by inserts.

In this way, the game was created in such a way as to obey all the rules and with the same experience as the manual game.

I thank JLCPCB for supporting the development of this project and for the quality of the PCB's provided for our projects.