A servo-powered deadbolt attached to a rack-and-pinion based design, which locked to the lander and lifted the robot off of the ground.

Most notably, the flimsy 3d-printed racks were replaced with 1/4" steel racks via a CNC plasma cutter.  Additionally, the second stage of gearing was added so that the effective gear ratio of the lock riser was 4:1 (4 times as much torque).  Both these changes required the complete redesign of the rack housings.  Within this new design, the upper housings' gear container was modified so the exposed face was oriented towards the motor.  This exposed face allows easy access to the gearing.  A cover, which holds the motor is bolted on to fully contain the gears. 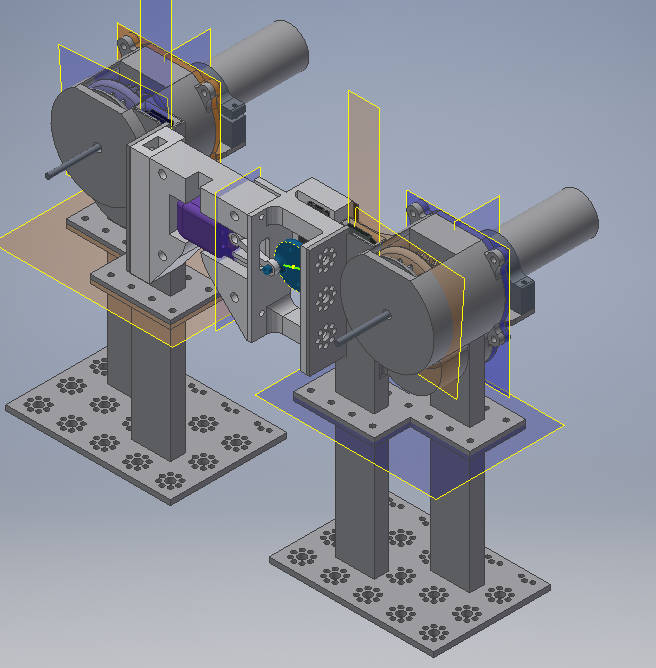 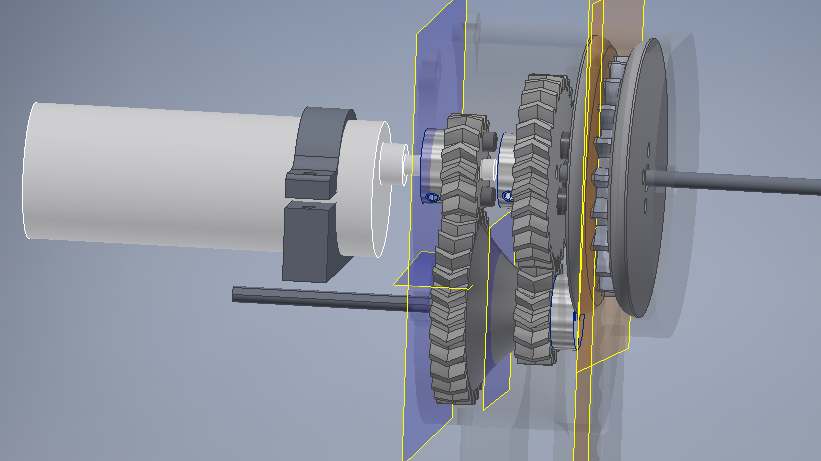 Through each iteration of the design, the size of the mechanism grew.  The size and complexity of the mechanism were a major nuisance.  The extrusion on the gear container cover where the motor mount attaches was still too weak;  it worked, but with use, the plastic began to crack, requiring the eventual replacement.