NPR - New Packet Radio is a project initiated from F4HDK. Since I read about it in 2019 I remembered the good old packet radio days in 1990s and wanted to make my own, but more integrated. So I build a hardware during x-mas last year. Unfortunately other indoor location projects got more important, so it took nearly a year now to finish. I am happy to introduce the NPR-H New Packet Radio modem, which is completely compatible with F4HDKs awesome work! 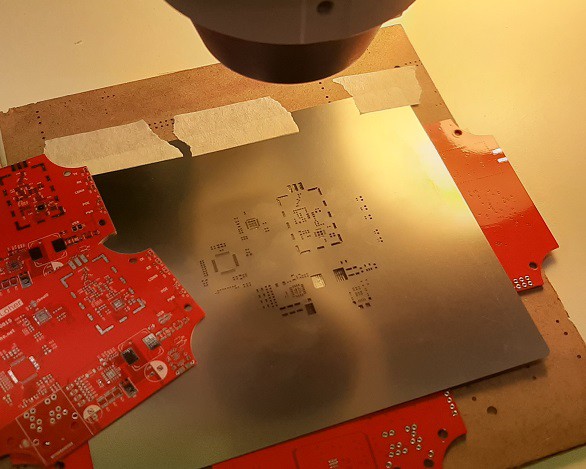 After I made it work I revised the version and added a power amplifier. That PA has an op1dB of 29 dBm. Measuring and optimizing the S-Parameters brought the TX power to 25 dBm output. The LNA gain is set to 13 dB. In this screenshot you can see the second harmonic to be lower than 53 dBc when measured...

I like, perfect match for what I have in mind. I am assuming we can keep it below 100KHz bandwidth because here in the US that's the law for 70cm, but not so on 918MHz, any way of getting one up there?

this device can work on free band ISM?

Great project and upgrade to the original NPR70! @kuek I sent you a message regarding NPR-H boards

it working with mesh mode?

The Junk Box SDR: a simple project to illustrate how it is possible to mount and mod an RTL-SDR and upconverter into a case.
Project Owner Contributor

RTL-SDR With Upconverter and Case