This project is sponsored and supported by JLCPCB - Manufacturer of Printed Circuit Board and offers 5 free PCBs of Arduino Compatible Board.

For this project, we'll use the JLCPCB Arduino Compatible printed circuit board presented below. 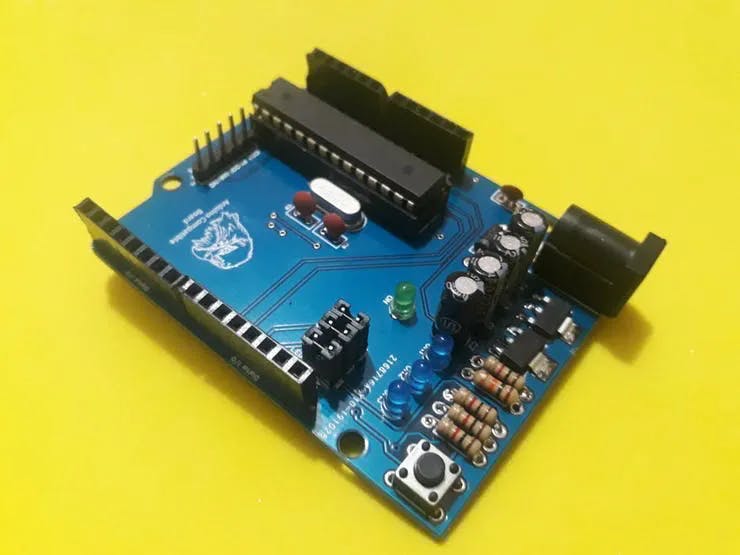 Use the JLC-RECE coupon, earn a $2 off discount, and earn 5 PCBs.

Read the second part of this article.

It is practiced indoors or outdoors. AirSoft guns can be purchased at various online or physical stores. Have you thought about building your fake bomb for Air Soft competition using an Arduino and a radio transceiver?

This article will be divided into two parts: The first will be the pump itself, which will be the transmitter. In this pump it will be possible to configure the activation time, as well as to activate or deactivate it by means of buttons.

And the second part of the article will be the receiver that will contain the LEDs that will be activated according to the three possible conditions:

Therefore, in this article, we will develop a fake bomb with Arduino and you will learn:

Now, we will start the full presentation of the development of the fake bomb project with Arduino Uno.

As previously mentioned, the project consists of creating a fake bomb with Arduino Uno. The HC 12 module is a radio transceiver and its operating frequency is From 433.4 MHz to 473 MHz.

It is possible to connect two types of antennas in this module, a helical antenna that comes with the module or another antenna to be connected to the UFL connector.

These modules usually come with some factory settings, so that we can communicate 2 HC 12 modules with an Arduino Uno, Nano we need to adjust some parameters like communication speed, communication channel, operation mode using AT commands.

To configure the module, the set pin must be connected to the GND according to figure 1 for the module to enter configuration mode.

It is recommended to supply the HC 12 module with an external 5 V source, as it has some serial USB converters that do not provide enough current to supply the module. 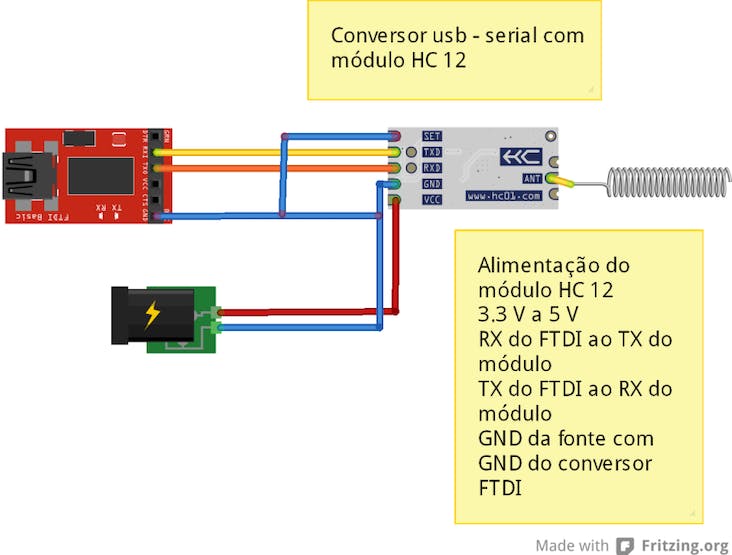 Figure 1 - Schematic circuit with the serial converter connections to the HC 12 module.

Now let's go to the list of components needed to assemble the circuit in Figure 1 to perform the configuration of the HC 12 module.

Next, we will learn how to configure the HC-12 module with Termite Software.

To configure the module, we will use the Termite software. Termite Software is software that allows commands to be sent to the HC 12 module. The Arduino IDE's...

In this Lora project, we can control 5 home appliances from 10 km away in the rural area with the LoRa Arduino relay control circuit.
Project Owner Contributor

Discover how to comunicate two Arduino in 1000 m o