Here are some photos showing the project at various stages...

This is the CardKB keyboard next to an AA battery for scale. Basically it is the same size as a standard credit card, and fits perfectly edge-to-edge in the Altoids tin. 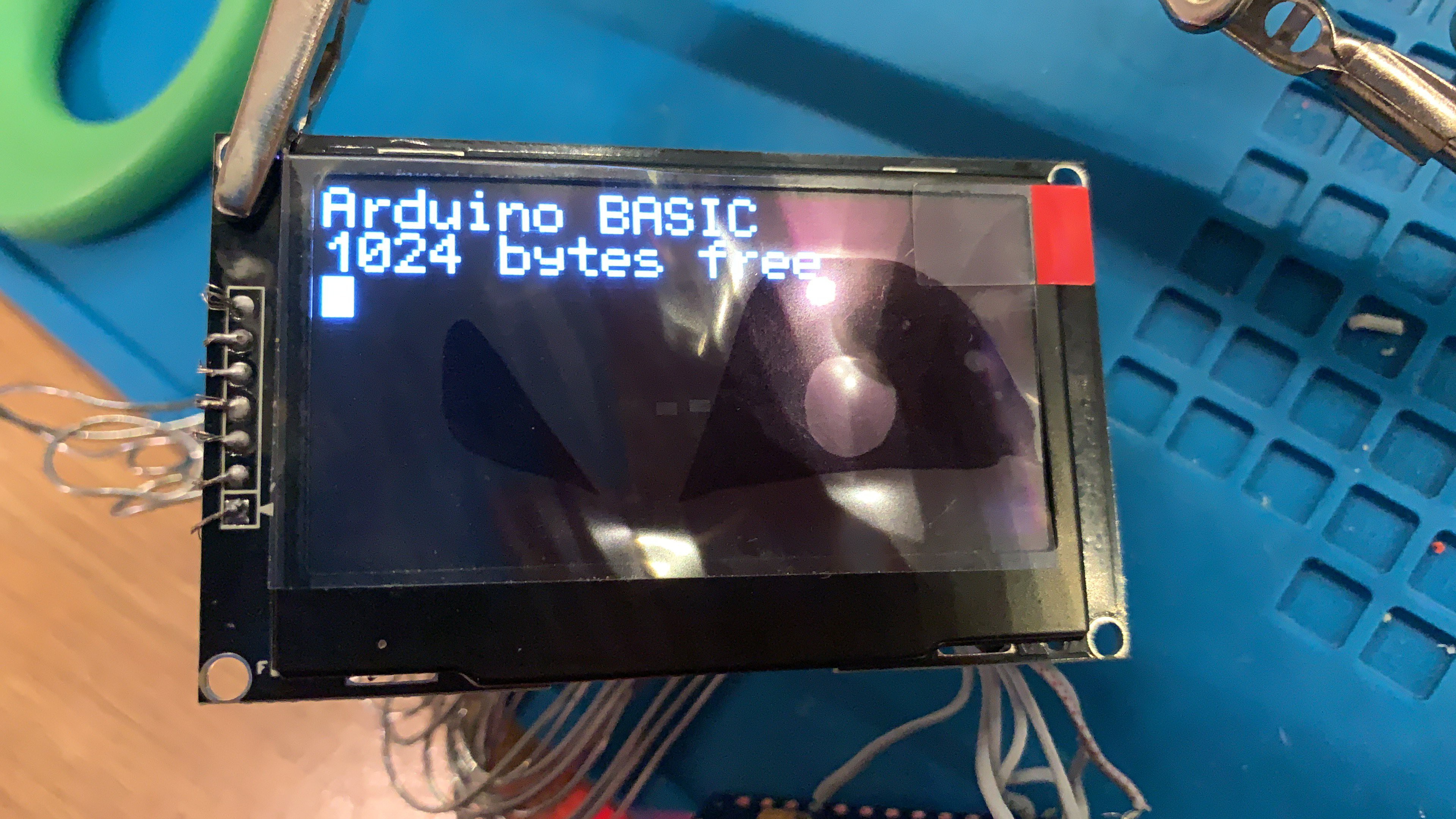 The first time I actually got Arduino BASIC to run. This was with the original 2.42 inch OLED that ended up having a dimming fault. Notice everything is hard soldered.

Here’s the Arduino Nano clone (bottom) next to its potential successor the Raspberry Pi Pico (top). A lot more powerful but perhaps not as much fun trying to get it to work!

An early attempt that actually used TWO Nanos - one for the display and one for the keyboard. They were then connected via serial. A bit overkill really just to get around the limited SRAM problem. Abandoned that idea and went back to one Nano.

A first look at the new smaller OLED display and the 2xAAA battery box in their potential final positions within the tin. You can see this opens up possibilities for a mini breadboard to the right of the display, and lots of space for the Nano, PowerBoost board and spare components in the bottom of the tin. The CardKB keyboard goes on top of the battery box and can be removed for access to everything.

Getting the basics right

Getting the hang of GitHub