The process of soil damage and vegetation loss often begins with the activities of overgrazing animals. Grazing livestock sometimes consume plants down to the ground. This activity weakens the individual plant with a reduction in tissues capable of photosynthesis; its growth is greatly inhibited. In addition, it destroys plant roots that bind the soil together. When rains come to those grazing lands, rivulets often form along the walking paths and wash away unprotected top soil. The only solution for overgrazing is rotational grazing which is the process of limiting the grazing pressure of livestock in a given area. Livestock are frequently moved to new grazing areas before they cause permanent damage to the plants and soil of an area. But this technique is not usually effective because it’s dependent on the maturity of the person who is managing the livestock. Most people especially in rural areas take their livestock in to some vegetation feeding area and supervise from a distance until they consume the plants and had enough. By then most livestock will feed plants down to the ground. This will create desertification which is the process by which natural or human causes reduce the biological productivity of dry lands. 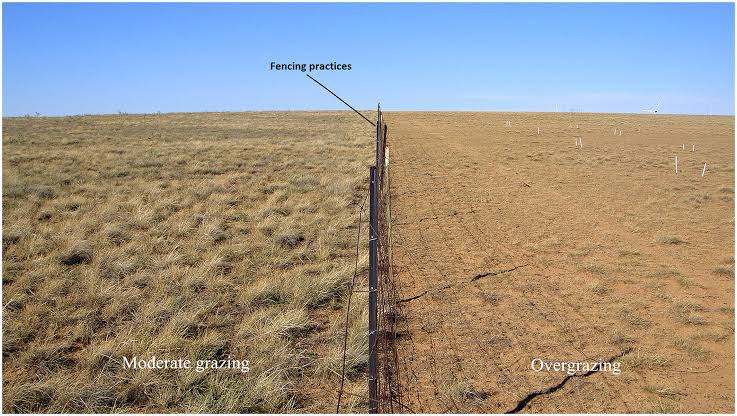 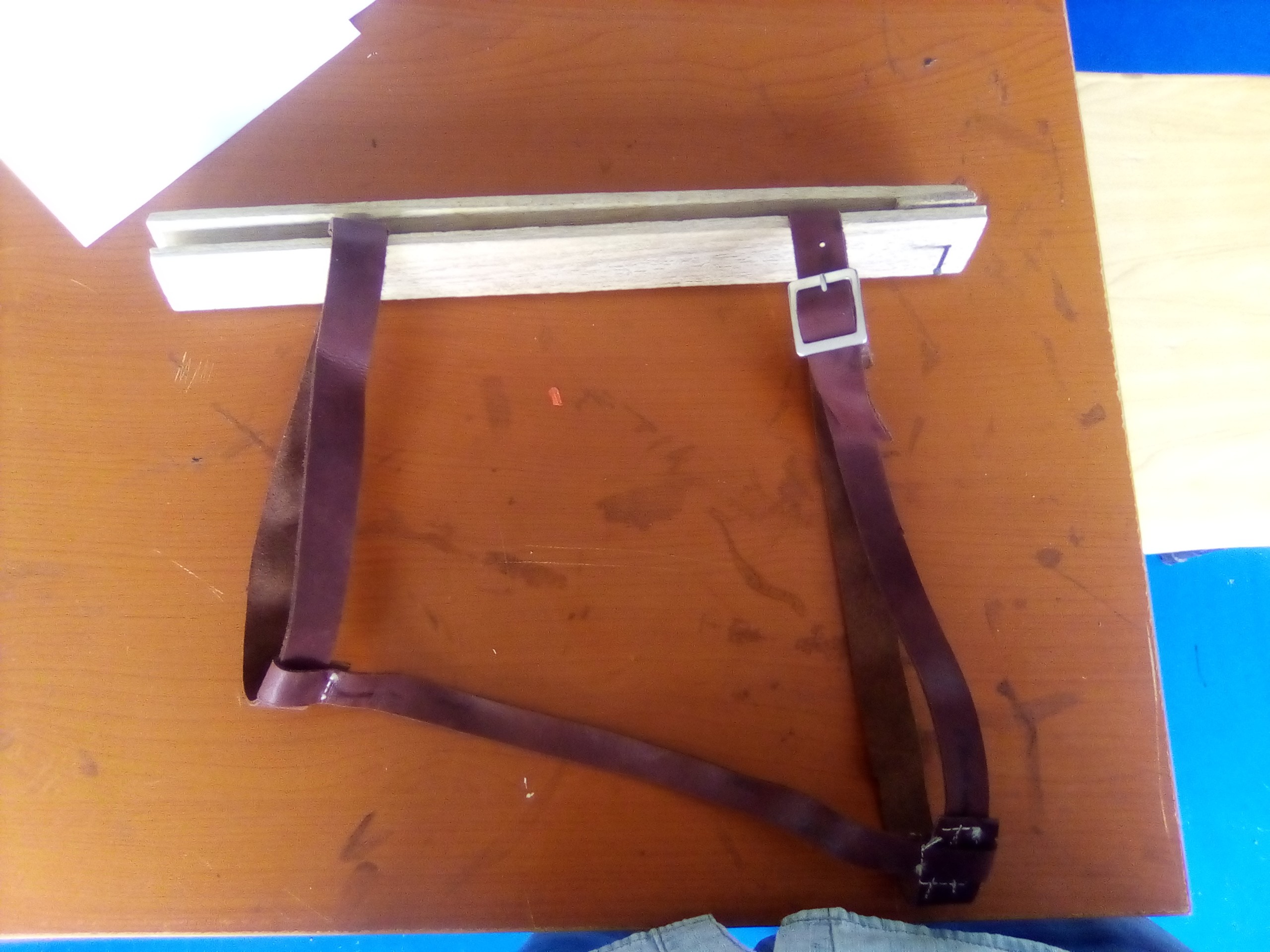 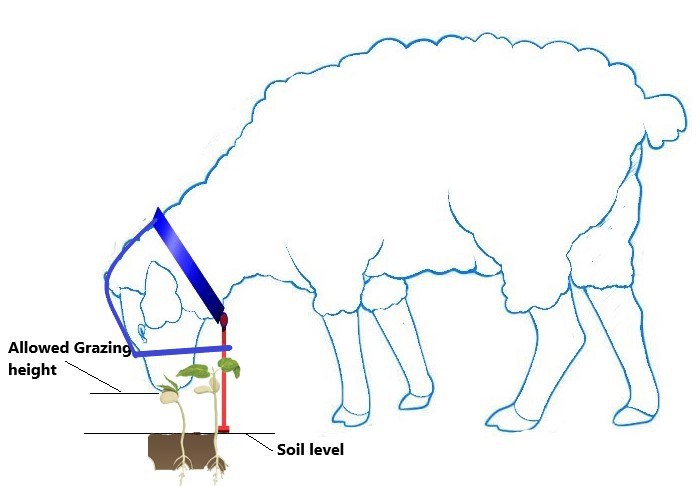 Overgrazing threatens the productivity of rangelands everywhere but its effects are felt with particular severity by pastoralists in the Sahel belt of Africa which is semiarid region of western and north central Africa extending from Senegal eastward to Sudan. The Sahel stretches from the Atlantic Ocean eastward through northern Senegal, southern Mauritania, the great bend of the Niger River in Mali, Burkina Faso (formerly Upper Volta), southern Niger, northeastern Nigeria, south-central Chad, and into The Sudan. Overgrazing affects Sahel at large because pastoralists on that area depend on livestock almost entirely for their livelihood and partly because drought is a recurrent phenomenon in this region. The effects of overgrazing are exponentially magnified at times of drought and pastoralists are especially vulnerable to famine at these times. The fragile nature of agriculture and pastoralism in the Sahel was strikingly demonstrated in the early 1970s, when a long period of drought beginning in 1968 led to the virtual extinction of the crops and loss of 50 to 70 percent of the cattle.

This project provides a tool to avoid occurrence of soil erosion, desertification, drought and famine caused by overgrazing. This tool will bring a very high impact because some 23 percent of the world's land is used for grazing livestock and soil erosion which is cause of desertification which brings drought and famine caused by overgrazing is one of the most important environmental problems in the developing world. The tool is basically...

can we see this on a cow? Or is this only for small livestock?

@java_moe  the device has different models depending on size of same species, type of animals and landscape used. You will have access to see all in very near future/weeks.

Access to a certain types of water tanks could get tricky. Very cool concept. Needs a video on YouTube to generate more interest.

@java_moe  thank you for your comment. On place where the livestock are fed on some sort of tanks (vegetation and/or water), this device is not implemented. But when the livestock are on field, they consume water from the field as well; no need of water tank on field.

Excuse my barging in here.

I think you are going at this from the wrong perspective:

Since this is a mechanical design involving an animal (and aren't those critters quite inventive fools?), I think it would be best to make this contraption as simple and as robust as possible. Otherwise it will probably not outlast the photo shoot you do when first trying it on the animal... ;-)

The problem I see with the design as outlined above is that the animal would still be able to tilt its head a little further and almost reach the ground (see "A" in the linked image).

The only way to prevent this that I see would be to force the angle the head has in its lowest position to the ground (see "B" in the linked image). That also means that the upper support (on top of the animal's head) needs to be strengthened lest it would just snap off with the first headbutt I can image a sheep to give this thing... :-D

@frtl101  thank you for your feedback. I have seen your edits of the drawing and I honestly think it's very very unlikely that the animals have the capacity to eat the plants at that neck angle. And I have confidence on this design.

I am about to finish the prototype and I have made some improvement but this one works perfectly.

I'm no expert in sheep behavior, just thought what would happen if I were in the sheep's position combined with the stubbornness I have seen in sheep in general.

Keep us posted (it's nice to see some simple and useful real-world applications here once in a while) and have a nice day!

@frtl101  thank you. Will do. I have completed the first prototype and next stop is site testing.

I get what you're trying to do, and it's a smart idea. But won't the animal learn that they can move forward a bit once the pendulum is grounded to get their mouth closer to the ground?

I am working on the perfect mechanism to achieve this problem and with some experiments I intend to do with spring system and fixation, I hope we can make it work.

I was thinking about a stop on the collar to prevent the support from swinging too far forward. There's sure to be something that works -- really clever idea.

@Dan Maloney  yes a stop on the collar is great idea. It will work and I like it's simplicity. Thank you

@Dan Maloney  please see the updated design. YOUR SUGGESTIONS COMPLETED  THE DESIGN... I would like to invite you to join the project as you have contributed something very significant.

@Dan Maloney  PROTOTYPE IS BUILT AND NEXT STOP SITE TESTING.

The 2016 Hackaday Prize
In this project, we aim to construct a comfortable wearable system that protects elders against fall-related injuries.
Project Owner Contributor