Robinhood is an anti-capitalist, community-based project that currently runs two grocery stores in Berlin. Instead of accumulating capital, as regular businesses do, the stores donate 100% of their profits to fight extreme poverty and climate change.

Employees and volunteers are always present in the store to explain the Robinhood concept to newcomers. In addition, the founders had the idea of putting an old rotary dial phone in front of the store, where people can sit down, compose a number, and hear a short recorded presentation of what Robinhood is about. Depending on the number, the explanation is given by different people and/or in different languages. This project details how the rotary phone was modified to achieve that goal.

This blog post was very helpful during the project.

On the diagram above, the original phone components are on the left, and the green dashed line symbolizes what is enclosed in the phone case.

The phone's original electronics are quite straightforward. Several parts aren't useful for this project (specifically the phone line and the ringing circuitry in the lower part of the case), so I'm not going to describe them.

The hardware selection is the following: 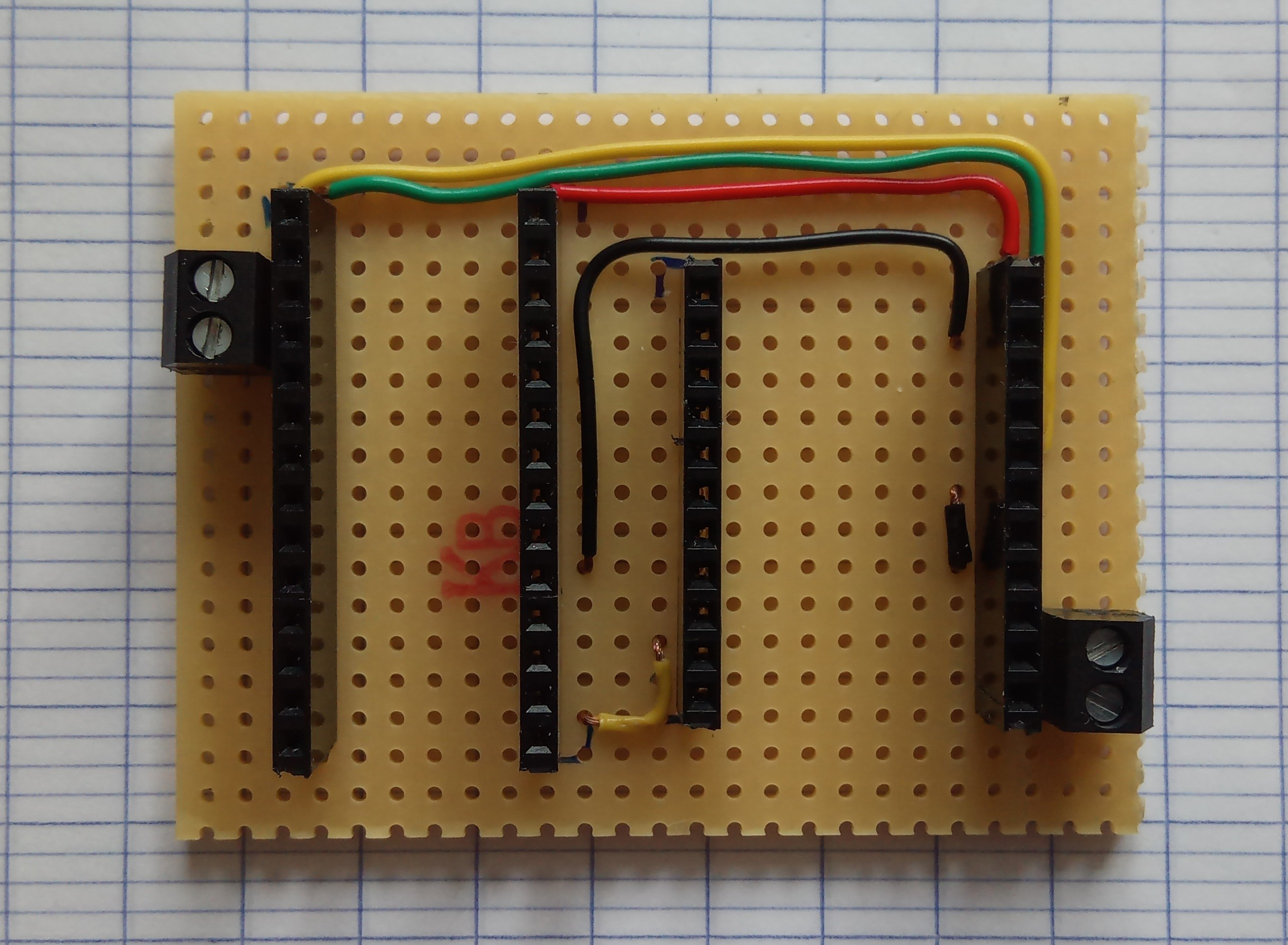 The perfboard with Crumb168 and audio board (upside down compared to the perfboard picture above), plus the LiPo battery, fit where the ringing circuit and the bells used to be. I set up a USB cable connected to the audio board and coming out of the back of the phone case. Placing the board's USB port near one of the phone's preexisting openings wasn't possible, and I didn't want to cut a new opening somewhere for fear of damaging the case.

The software is available on GitHub. I tried to match the phone's behavior to what an uninformed user could expect: you pick up the phone, hear a dial tone, dial a number, listen to what your interlocutor says, they hang up, you hear a busy tone, you hang up. There are a few timers here and there, for example to wait a few seconds between the other side hanging up (i.e. the audio file ending) and playing the busy tone, because it makes for a less abrupt experience.

Possibly the only non-trivial part when developing the software was...

A battery powered device to send or receive audio over Bluetooth for use in the home or car.
Project Owner Contributor

The FX Development Board