smoking robot out of control

"Angstwiderstand" (literally "fear resistor") is a German expression for resistors you put in your design that do nothing in normal operation. Here's why you should put them in there anyways:

Today I had a few problems with the h-bridge controlling the height adjustment. Later I foolishly left the robot unsupervised in the garage with the high power circuitry on to let the usb power banks charge. After some time the l298 h-bridge went nuts: 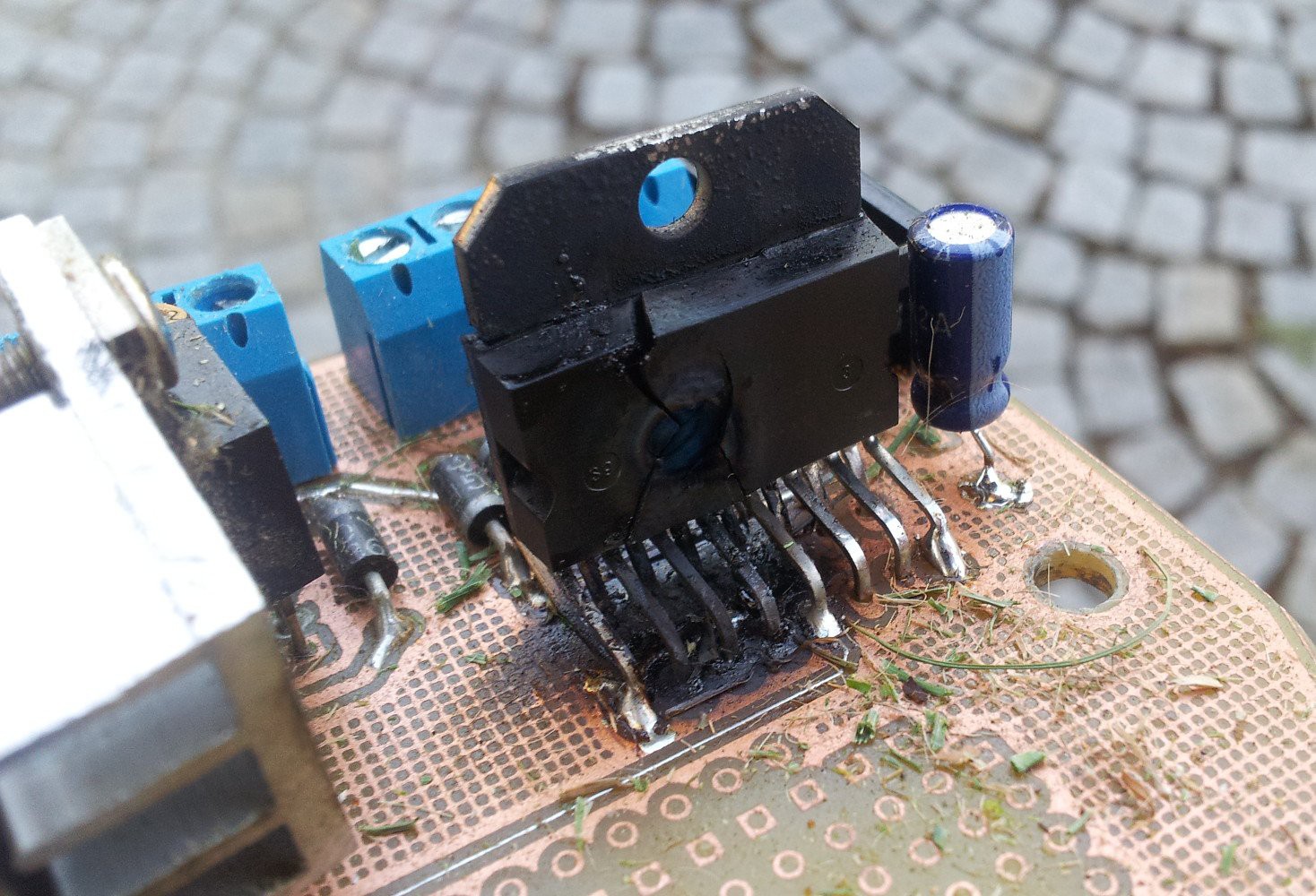 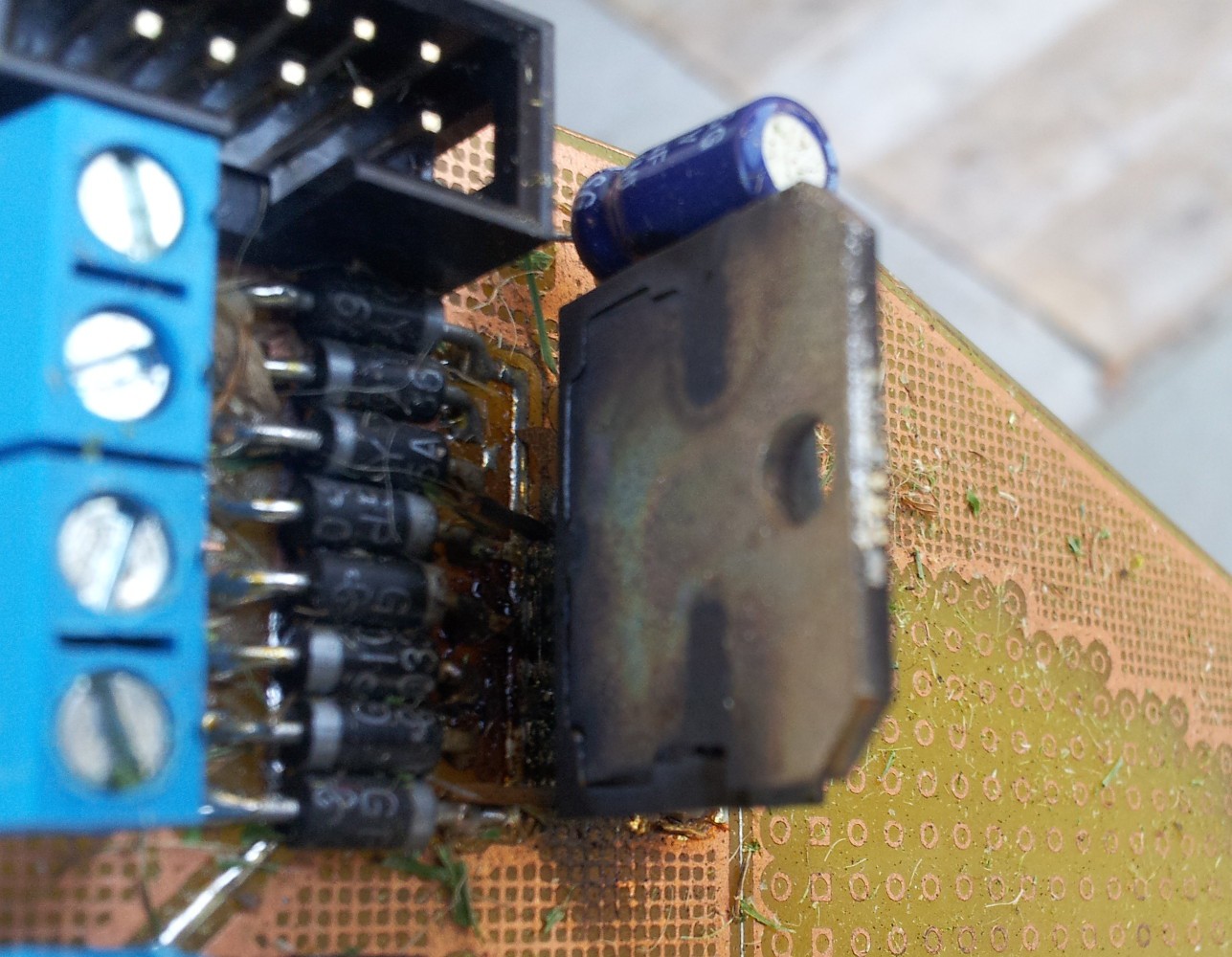 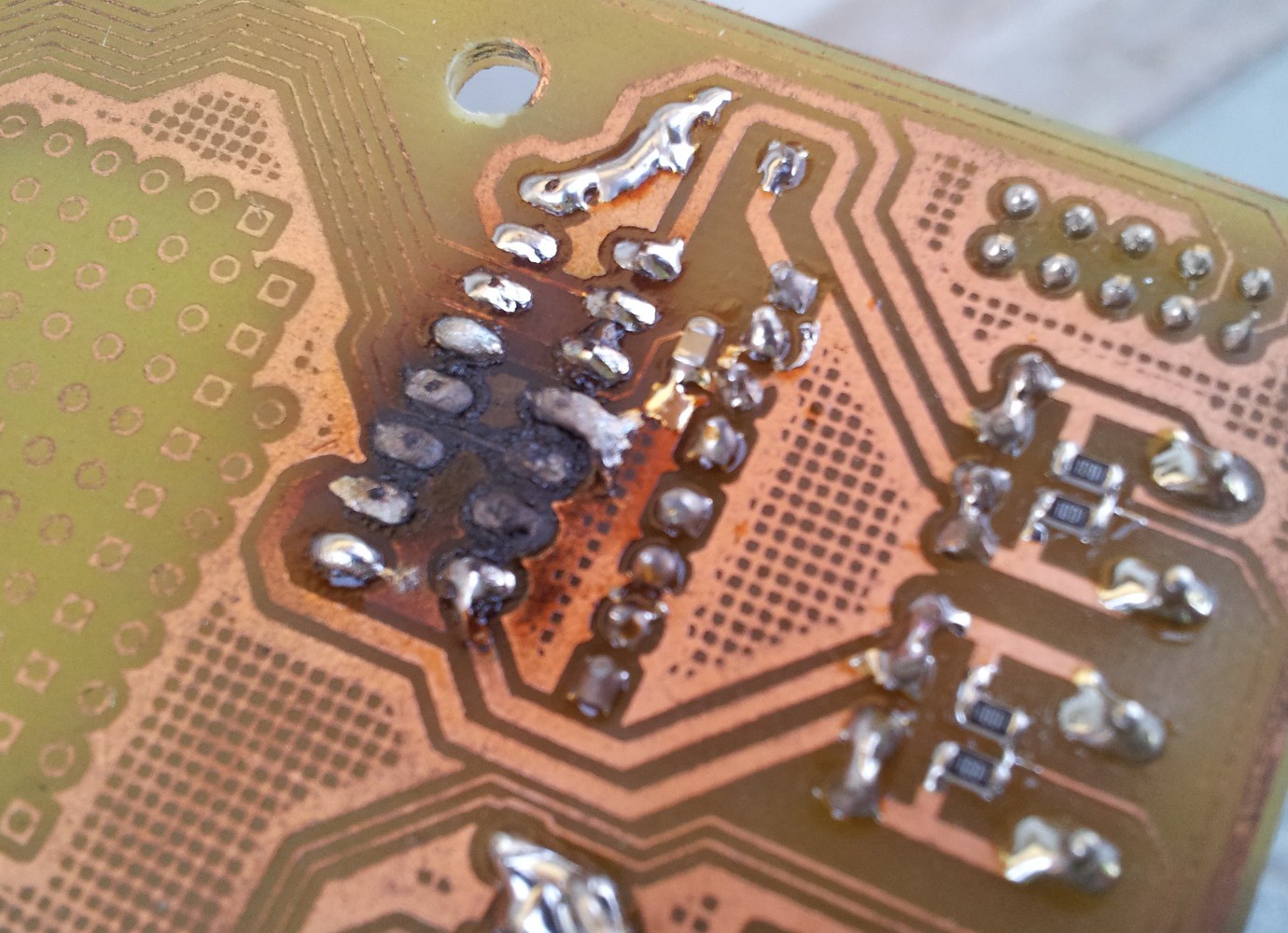 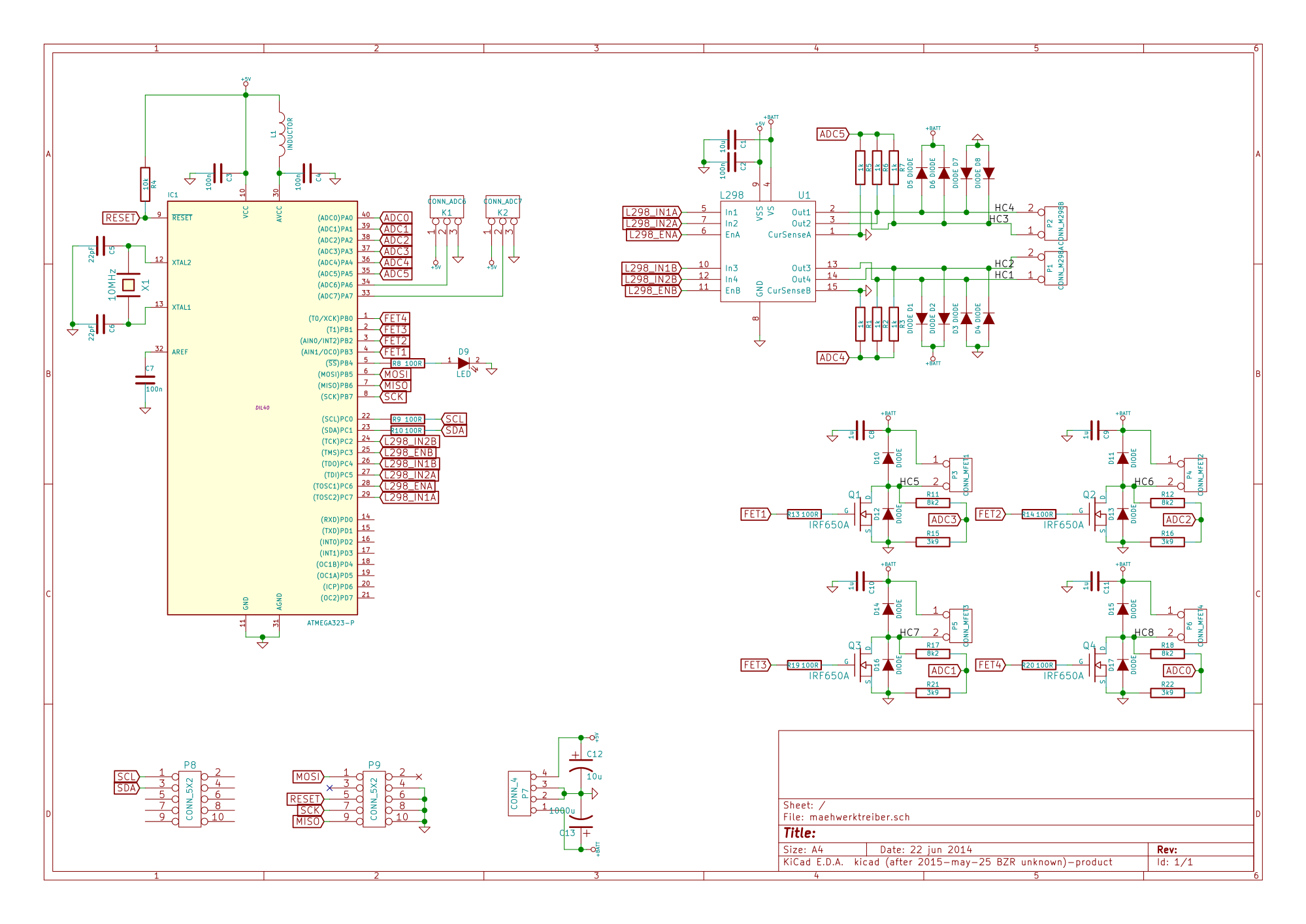 It seems like while bursting in smoke the l298 shorted +BATT to the micro, which destroyed it. Have a look at that bulge: 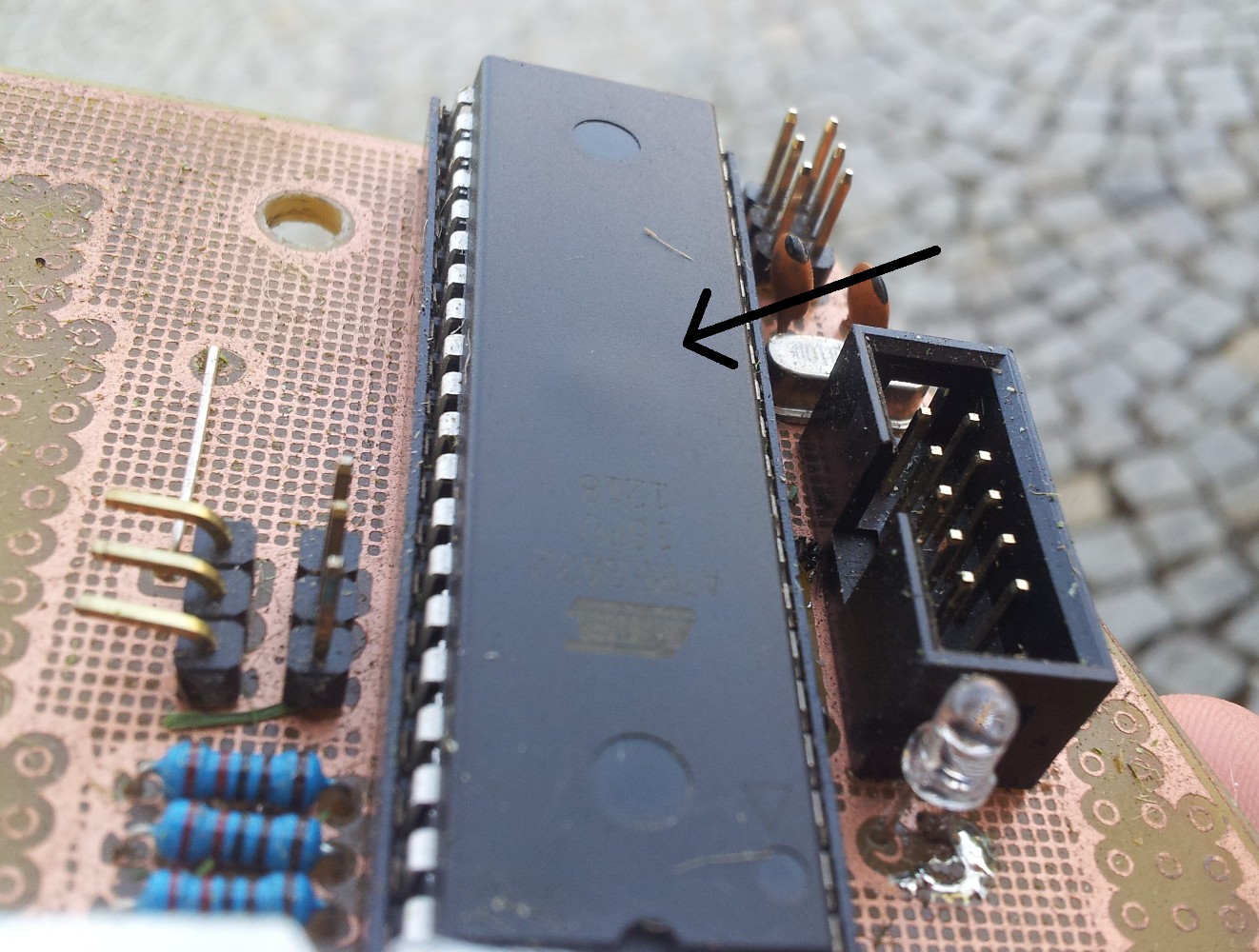 As you can see in the schematic the micro also controlls 4 FETs, two of which power the mowing motors.

When I discovered that scene gaining control again luckily was as simple as flipping the switch for the high power circuit. Things learned from this: