A Jetson Xavier NX is running the game Atlantis on the Stella Atari 2600 emulator. A projector is displaying the game on a wall.

A camera connected to the Jetson is continually capturing images of the game screen. A thresholding algorithm implemented in OpenCV searches out the red dot of a laser pointer.

A toy gun modified to "shoot" a laser beam is pointed at the game screen. An algorithm implemented in Python matches the coordinates of the detected laser dot with coordinates in the field of game play. When coordinates are within a certain range, actions within the game are carried out by simulating sequences of key presses on the keyboard with the pynput Python module. 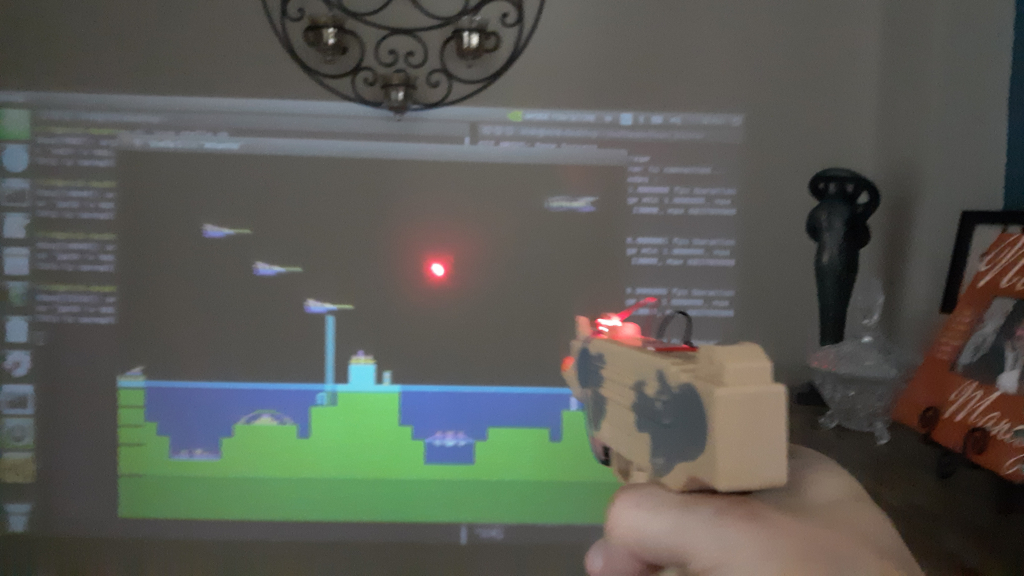 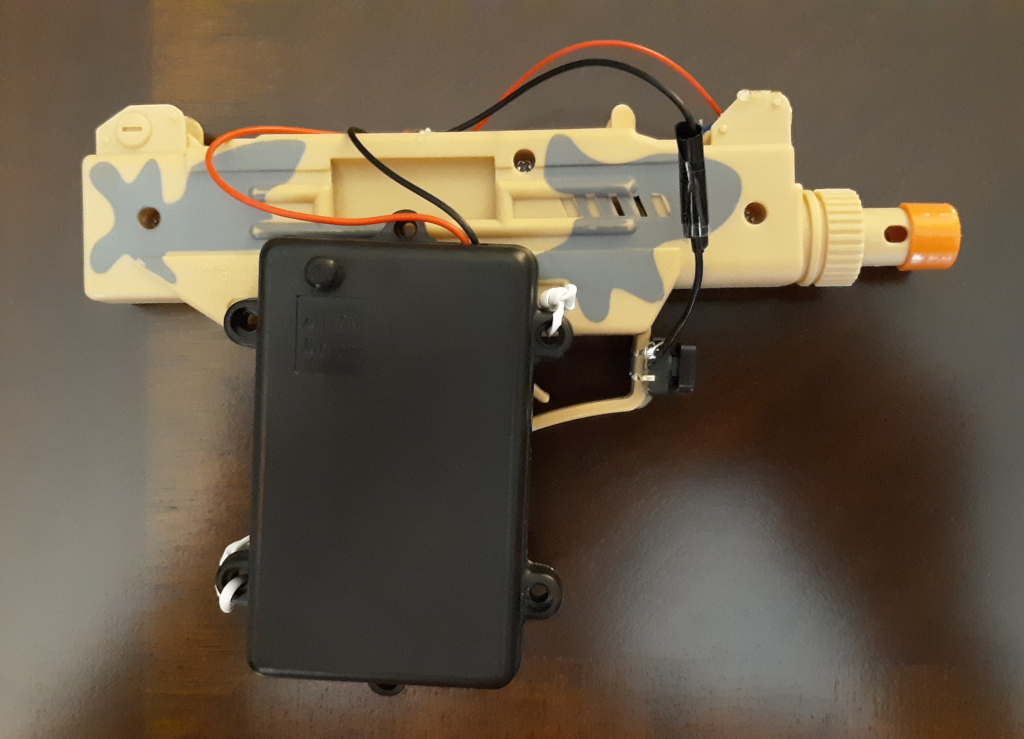 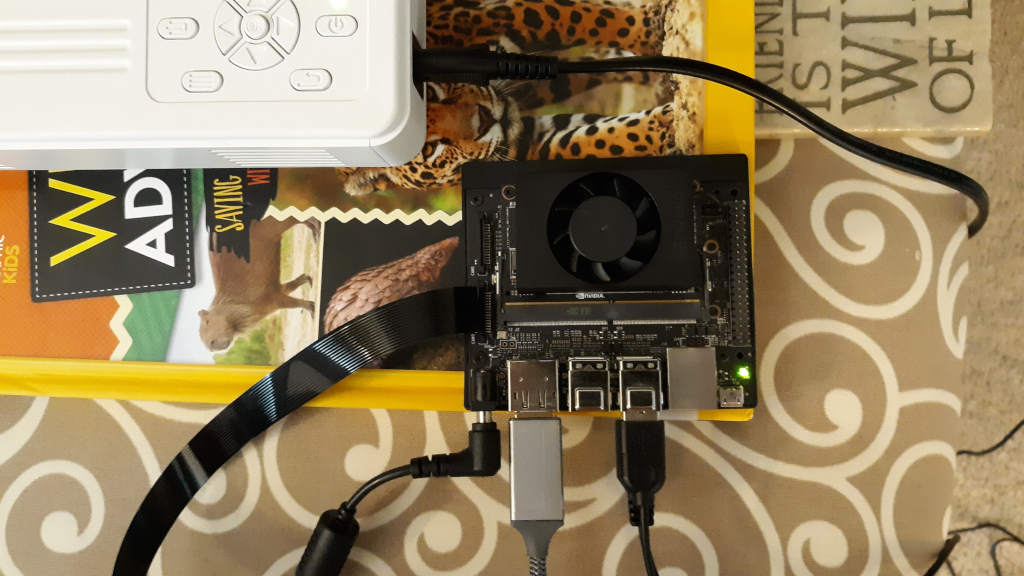 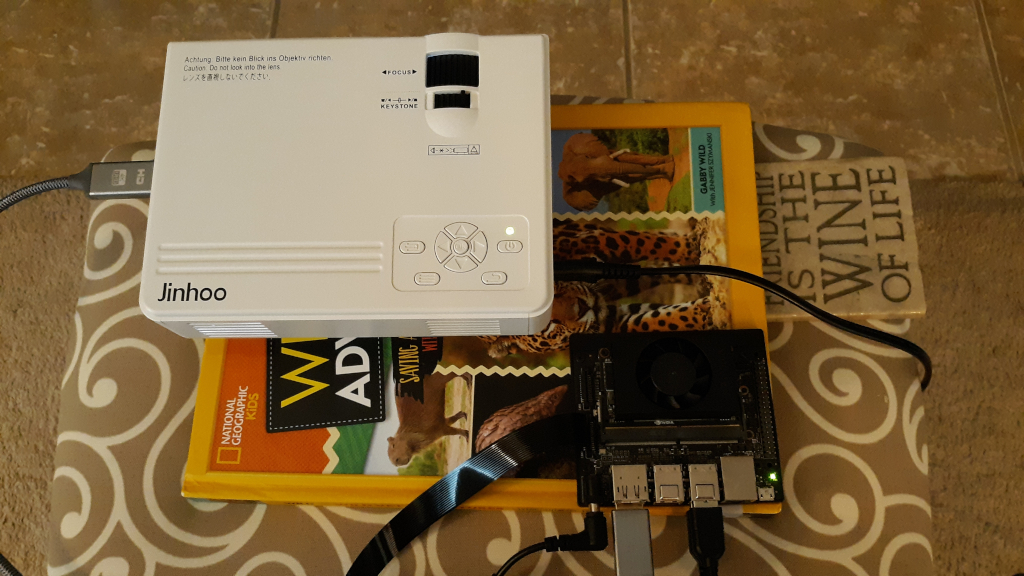 I really like this, wrote it up for the blog. Just occurred to me that the challenge level could be increased a bit by limiting the number of laser shots -- say, five shots and then a three-second pause. That would prevent spamming the trigger.

Just a thought. Looks like fun just as it is!

What about lag? How long it takes to process shots?

I wish you can use the gun as a mouse/pointer device somehow.

I didn't make any measurement of lag because it's completely unnoticeable.  Probably a few 10s of milliseconds. Feels real time.

Nick, when I was a kid, I have read a book about electronics (in Russian, http://libgen.rs/book/index.php?md5=8A7D6E726175E2679823293D58848F27), and there was a project of light-beam gun. Author suggests to implement scheme in the gun that makes light-beam duration short. Because if the gun emits the light in continuous mode, there is no more interest in the precise shots. One can just sweep the beam to the point (just like you do it on the video).

Raster 2 Laser GCode generator is an extension to generate Gcode for a laser cutter/engraver (or pen plotter).
Project Owner Contributor