The first thing we had to figure out was what the altar would do. Rachael researched both what common elements of Dia de los Muertos altars usually are, and the life and legend of Harry Houdini. She decided that she wanted a portrait of Houdini with chains across it that would fall (and reset on their own), a crystal ball with some sort of lighting effect, some audio effects, and a mess of flickering LED candles. 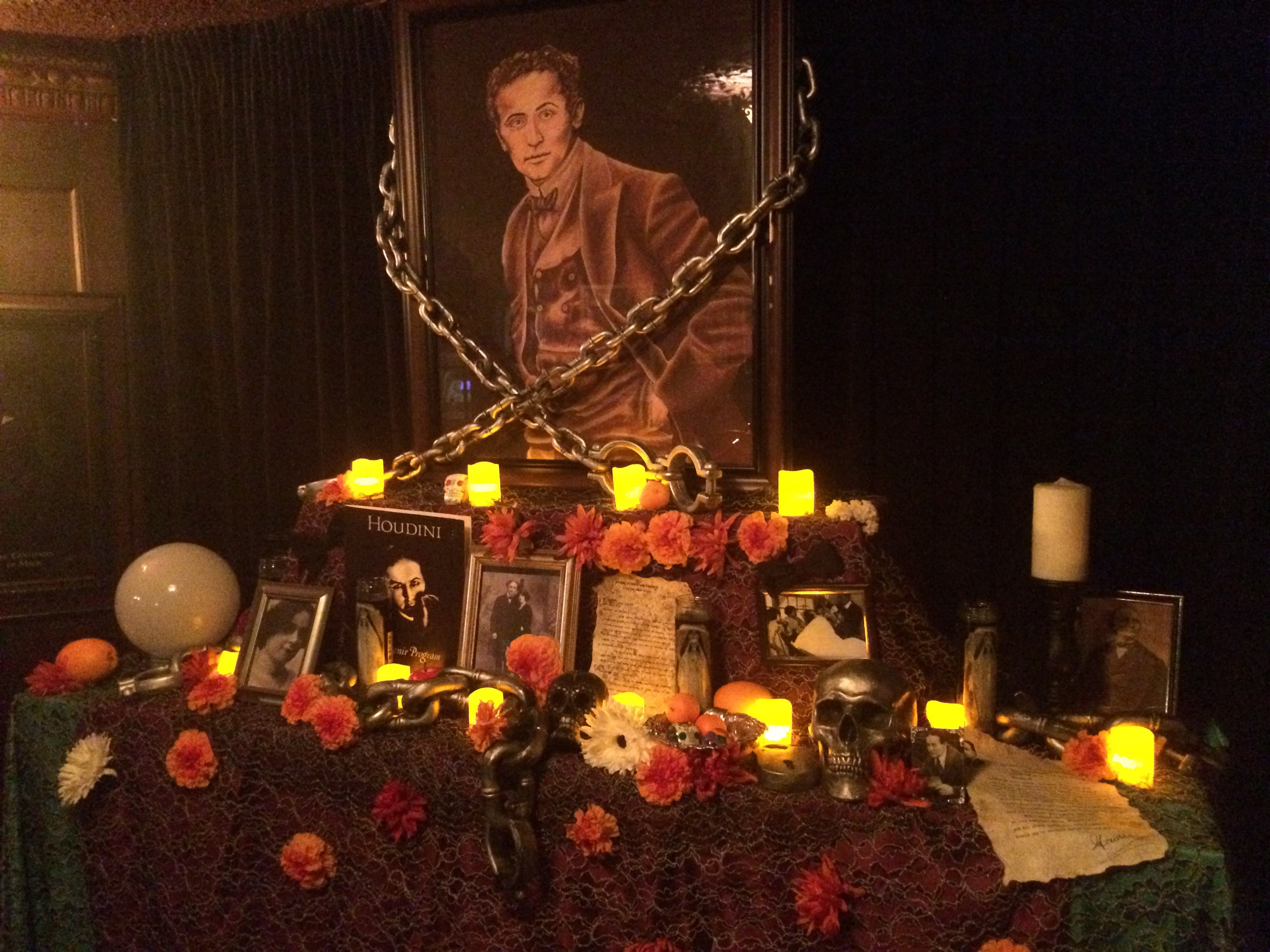