The Houdini portrait has two separate chains crossing it; the concept was that they would fall down when an RFID was scanned. (In this implementation, the RFID was used to trigger the altar gag; a random number generator in the Pi determined whether the member would see the chains fall, or hear the audio clips, or get the crystal ball light show.) These falling chains were the trickiest part, not because it's hard to make chains fall, but rather because it's tricky to figure out how to get them to reset afterwards.

We thought about this for a while with various mechanical contraptions being discussed, but we were running out of time. It was about four days until we had to install the altar, and we were still trying to decide how to build this mechanism. Suddenly I remembered a trick I'd seen my friend Milt Larsen use for another gag in the Castle years ago, and it seemed perfect for the quick-and-dirty needs of this. I suggested we use a pair of replacement car power antennas as makeshift linear actuators. They seemed well-fitted to this-- 30" of throw, reasonably fast, and all the control electronics built in. 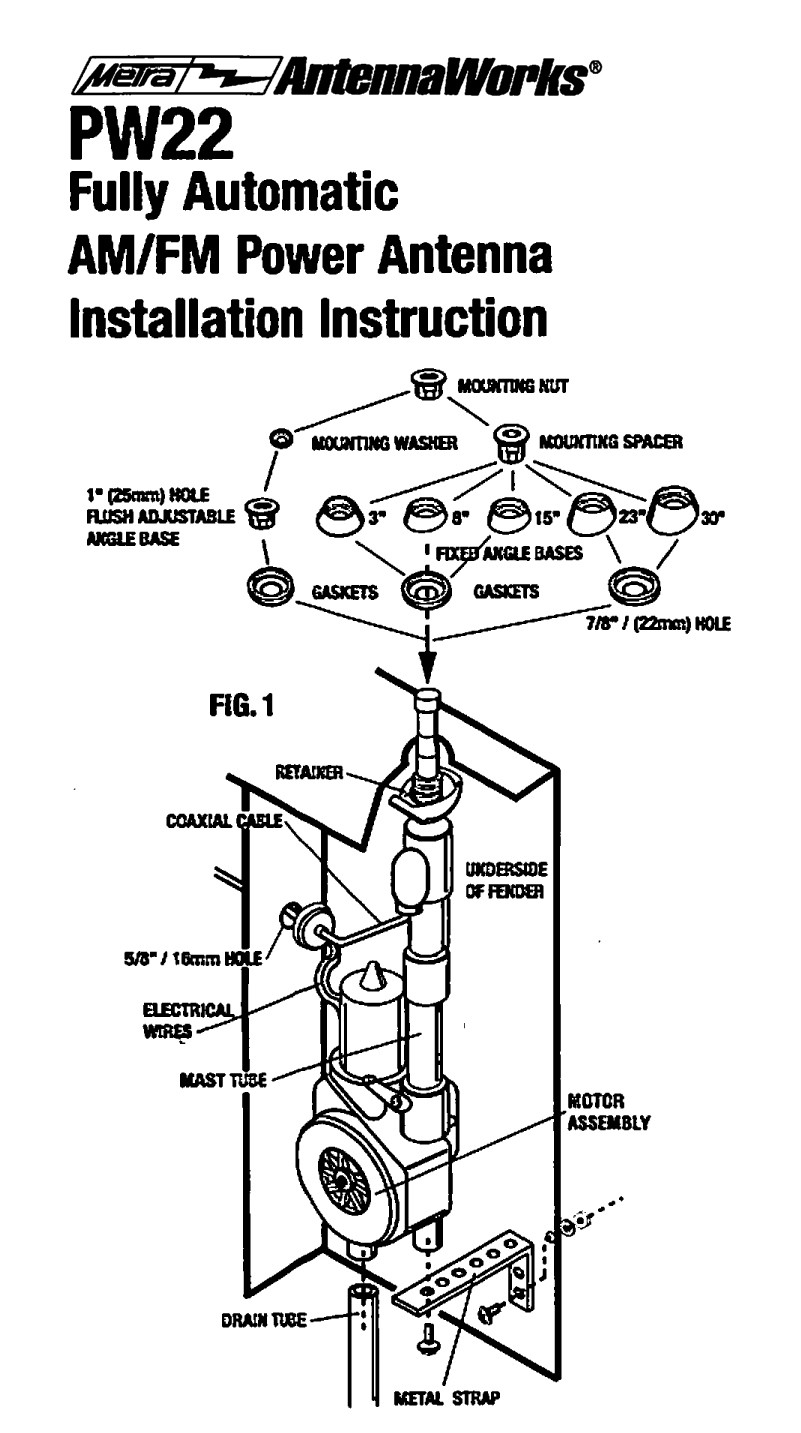 The antenna has a pair of power wires (+12 & GND), and a blue wire that determines if the antenna goes up or down. Connect it to +12V and the antenna rises; open that connection and it retracts; this was easy to do with the relays I connected to the Pi board. If +12V is fed through a relay also, I could control if the antenna rises or retracts all the way. (In practice however, we used the full 30" throw).

In practice, although I had four relays, I really only used the up/down function on the blue control wire. The two antennas were connected in parallel for both power 7 ground, and the blue wire was switched to +12V and open, depending on if I wanted the antennas to go up or down. 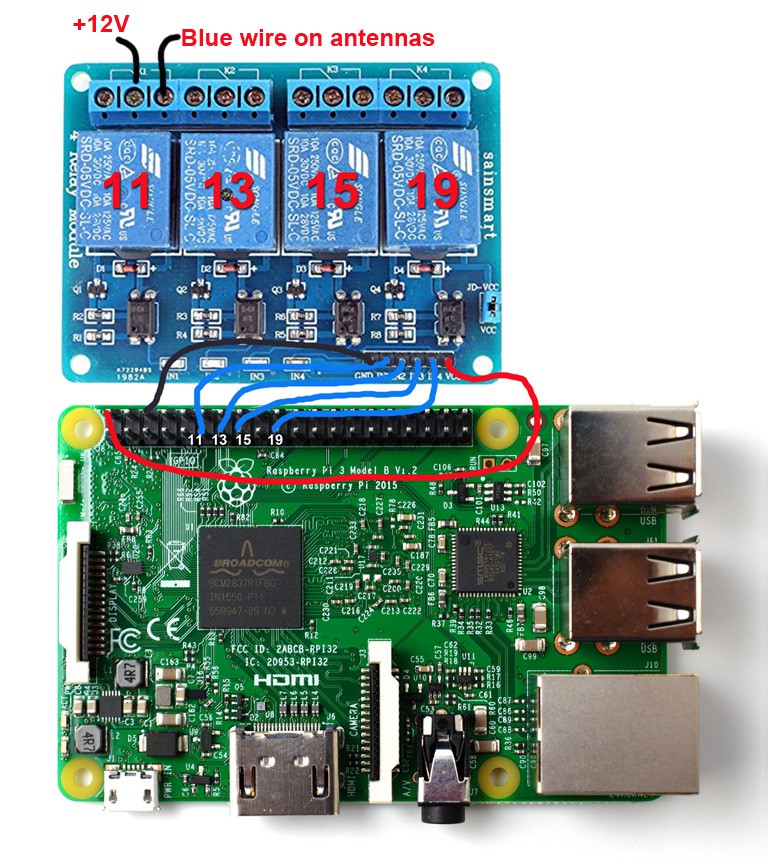 The chains were simply attached to the top of the antennas with a bit of string: 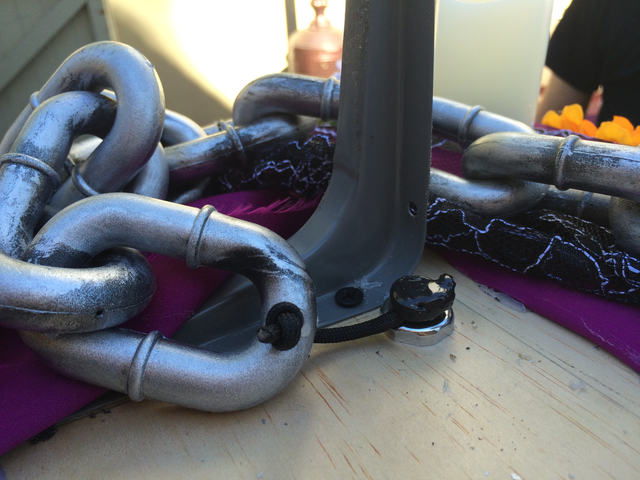 And the Pi did the rest! 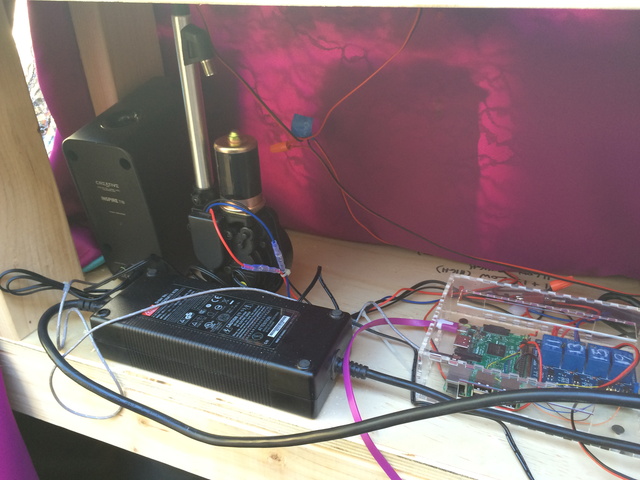 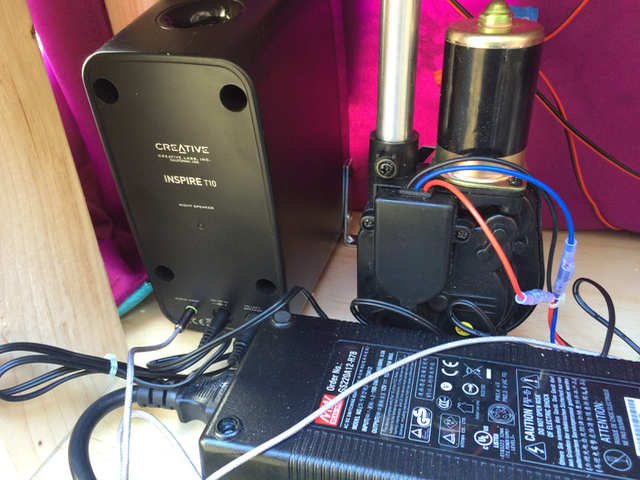