Samuel Žák • 11/14/2016 at 19:15•0 Comments
The first prototype of the device used quite different IC’s. Originally it was intended for wireless control of “toys” and robots from notebook, for which wifi’s range was insufficient. Thus the range and size of CC1120 transceiver combined with PCB antenna was acceptable. PCB antenna design originated from manufacturer’s (Texas Instruments) recommendations. Compared to simple wire with quarterwave length it was only slightly more directional with mildly lower range ( 200meters for wire and 160meters for PCB. Both at open field at 1,2kbps ).

Core of control used to be MSP430 microcontroller, which handled both RF module and USB connection. Main algorithm was derived from TI’s USB stack, which is heavily oriented towards low power consumption. It was quite a challenge to resolve conflicts between service routines of USB communication and of RF module as almost every USB related call ended with sleep mode activation. Another inconvenience was the need to install custom driver on Windows computer. 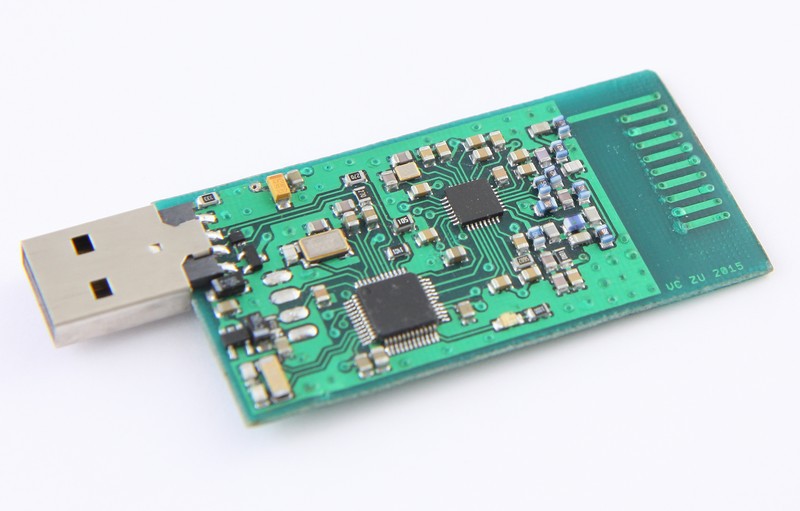 The second iteration has risen from the need to use the device as data collector from wireless sensor nodes. Nodes were located in the forest so range became issue again. Radio was enhanced with CC1190 front end and PCB antenna was replaced with SMA connector. This improved the line-of-sight range with quarterwave length wire to 500meters at 4,8kbps. At this point code size reached free compiler limit of 16kB. USB stack was to blame requring 9kB. (without optimizations, as they had issues with RF module) It probably is possible to rebuild the USB stack for GCC compiler to overcome size limit. However, it wouldn’t help in the long run so I rather scheduled next revision to have separate USB controller.

The CC1120 transceiver was also used as part of my final thesis at university for estimate of users position based on received signal strength. Experienced or even average radio enthusiast would know the radio signal in real environment reflects, which can cause changes in received signal strength (multipath propagation). These changes depend on the specific environment and not on the distance from transmitter. But how exactly does the signal change? Can it be filtered?

The following graph is a raw record of RSSI while user walks directly towards transmitter. Measurement took place on an empty street near park with various sources of reflections. 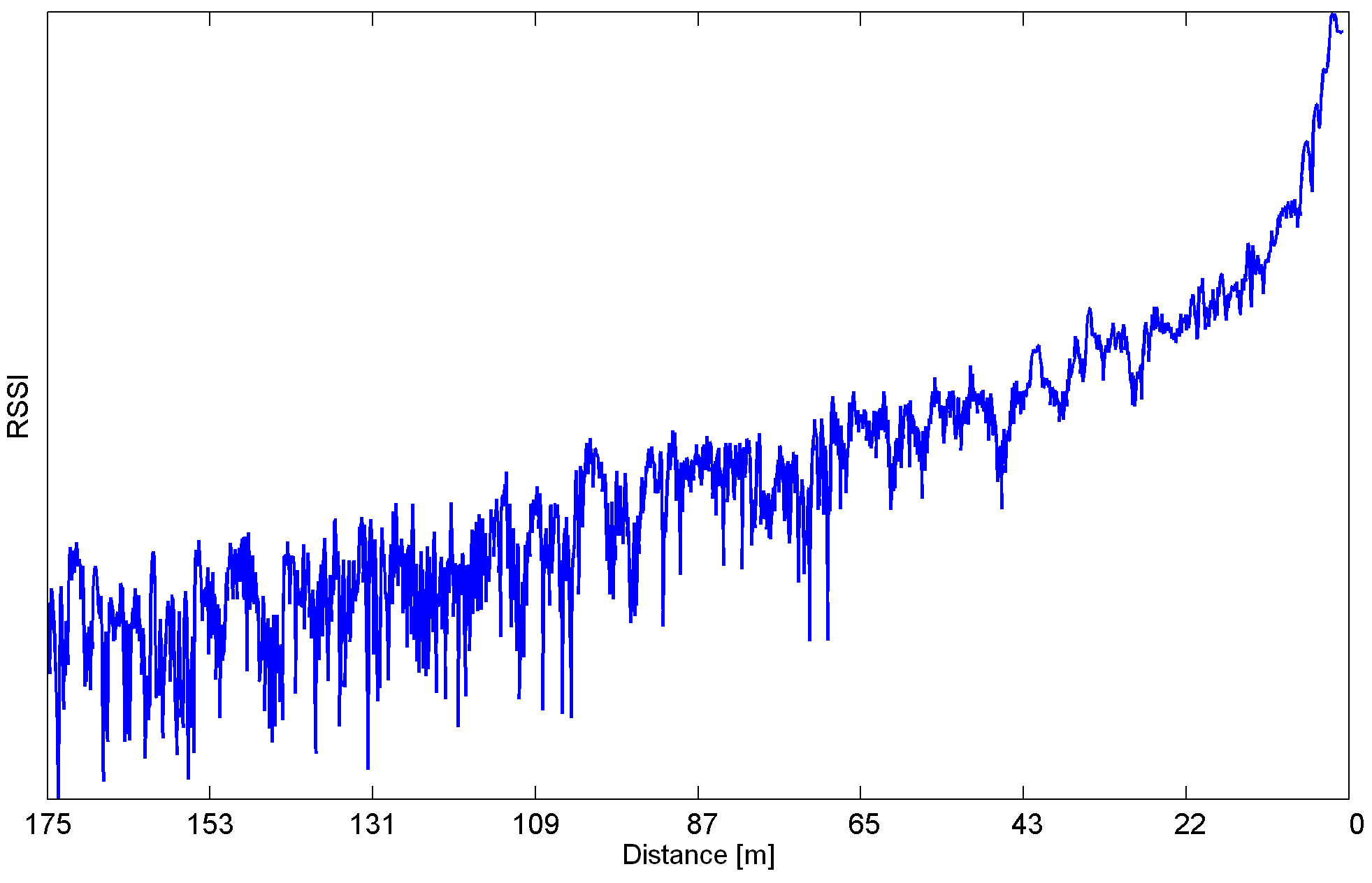 Few peaks and valleys are clearly visible. They seem to have a potential to cause 40 meter error in distance estimate, which is a lot for device with 175meter range in tested environment. There are ways to decrease this error, but that is unrelated to the RF dongle. Experiments like this can be done with the device. Software access to elementary properties of RF transmission can be quite useful.