Narrowband radio transmission has few key properties. How do they affect transmitted frequency? Let’s take a look on these screen shots from radio spectrum analyzer which show record of maximum received signal strength from transmission of a few packets. Screen shots were taken in regular office therefore variance in amplitude is not related to signal properties as it is result of reflections. Absolute amplitude levels are not shown because of this. Center frequency of the transmission on all images is 868,0125MHz with bandwidth of 8 kHz and bitrate of 600bps. Horizontal resolution of single box is 8kHz.

First tested property was frequency deviation, which describes frequency offset from center frequency during transmission of symbol. In general, the greater the distance between frequencies of different symbols, the easier are they to tell apart (aka. better sensitivity). Max distance is limited mainly by bandwidth which has opposite relation to sensitivity ( less width = more sensitivity ) due to noise. Carson bandwidth rule is often used as rough estimate what deviation and bandwidth to use. 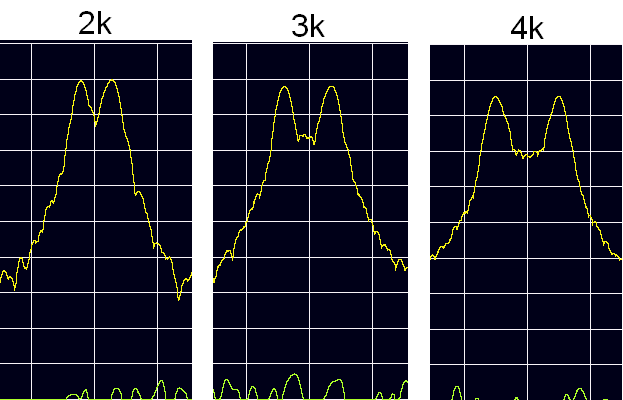 Second observed was the difference between FSK and GFSK modulation. It is expected that the modulation with Gaussian filter should transmit less into adjacent bands. Compare following image which shows the same deviation changes as the previous one except with GFSK modulation. 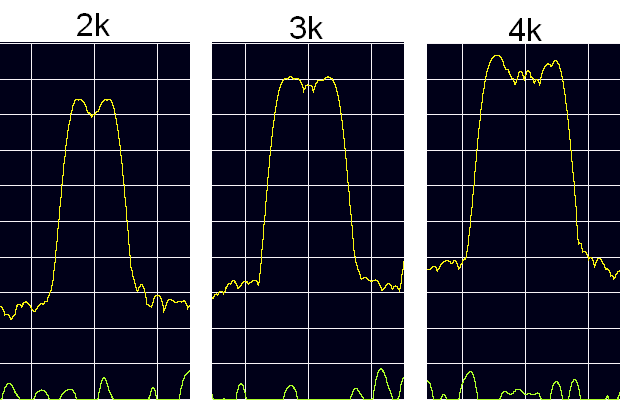 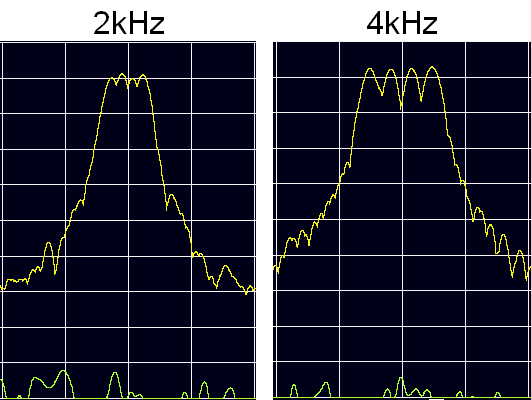 At the end here is a comparison of 2FSK, 2GFSK and 4FSK modulated signal with 2kHz deviation. Not so easy to tell the difference if you don’t know what to look for is it? It would be interesting to test the effect of these settings on datalink range and speed, which would require more devices than exist today. Next goal is therefore fabrication of small batch of the devices. 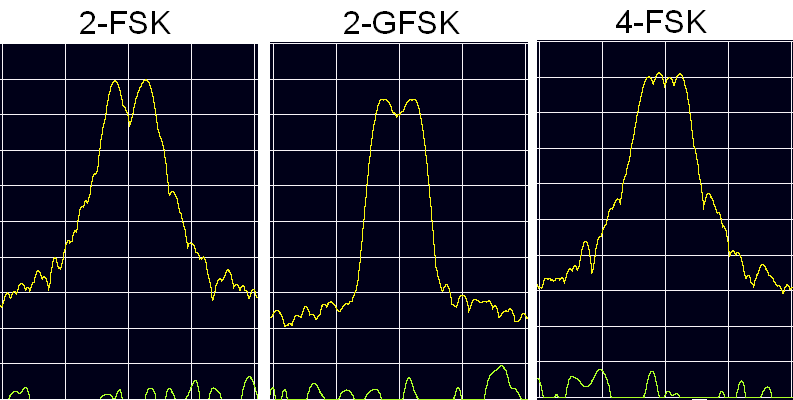