This project was developed in partnership with Robô Lúdico School and JLCPCB Factory that offers 5 free PCBs of Arduino Compatible Board.

Several companies use these autonomous robots to explore environments inaccessible to humans, access to dangerous terrains, and other activities.

In addition to serving in all these activities, autonomous mobile robots can assist in the development of education for children and young people in the world of programming and electronics.

Now you will learn how to build the structure of this autonomous mobile robot with wheels. 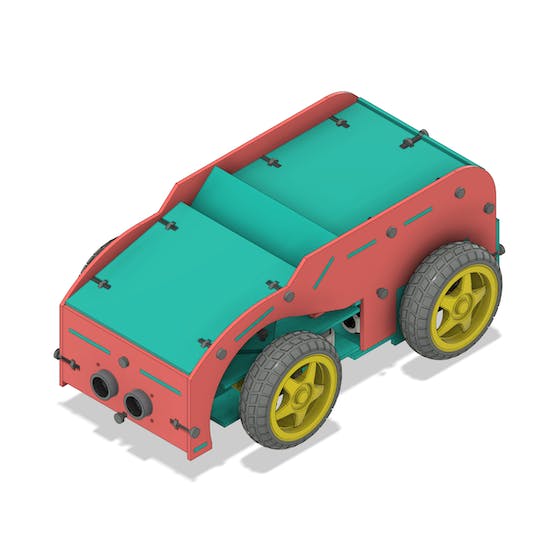 This mobile robot is controlled through the Arduino UNO, which processes the signal from the sensors and user control. In addition, it drives the motors of the robot's wheels.

Now, see what you will learn.

The process of building a mobile robot

Most mobile robots with wheels are not able to perform cornering movements.

See, in the photo below, the structure of the robot's movable axis. You will learn the constructive structure and how it worksonthe movable axis of the mobile robot. 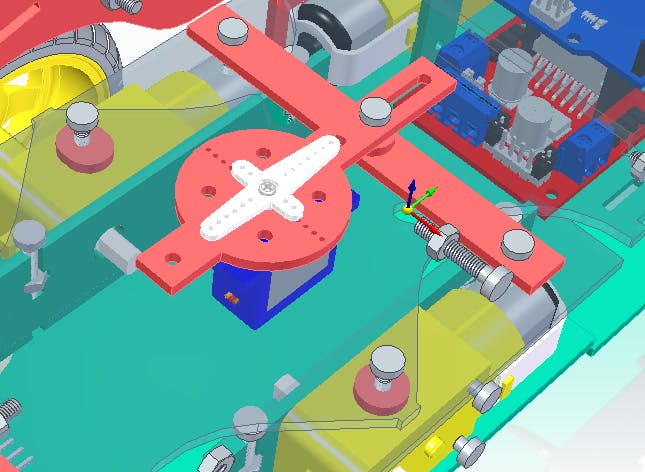 The structure of the mobile robot is shown below. 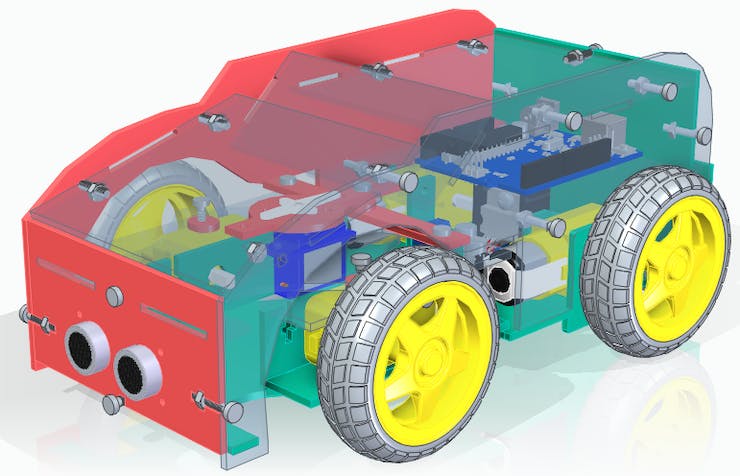 As already mentioned, this mobile robot has a movable axis, which allows us to make curves. Its structure was developed with 2.5 mm MDF material, but you can use any material with the same thickness.

This autonomous mobile robot consists of the following parts:

The Arduino is the control board that is responsible for controlling the motors and reading the signal from the ultrasonic sensor of the mobile robot. 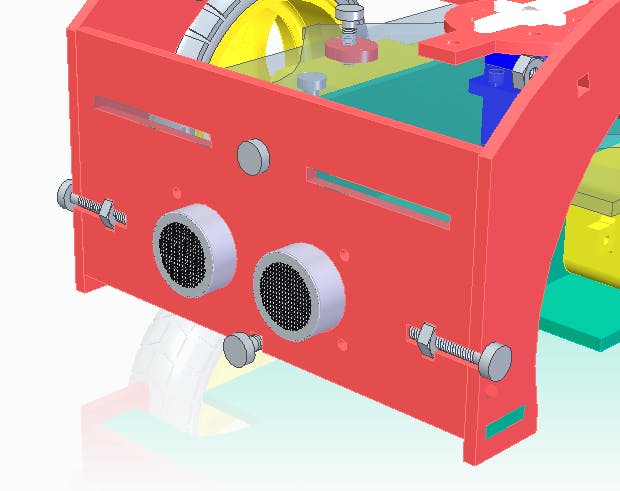 It was positioned in the rear region of the robot, to facilitate the programming of the robot and changes in the code. This prevents the user from removing the Arduino.

Figure 8 shows the Arduino installed in the autonomous mobile robot. 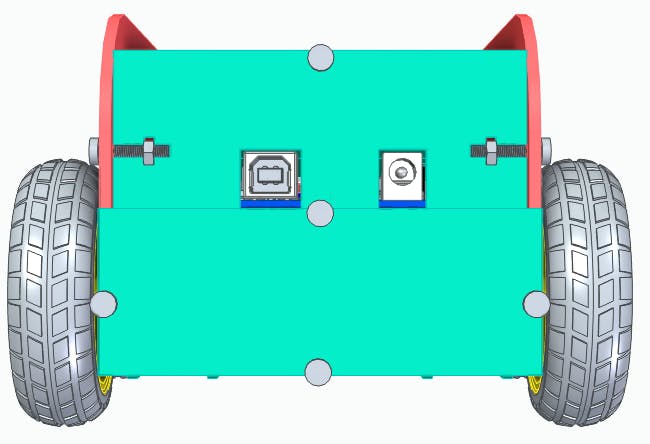 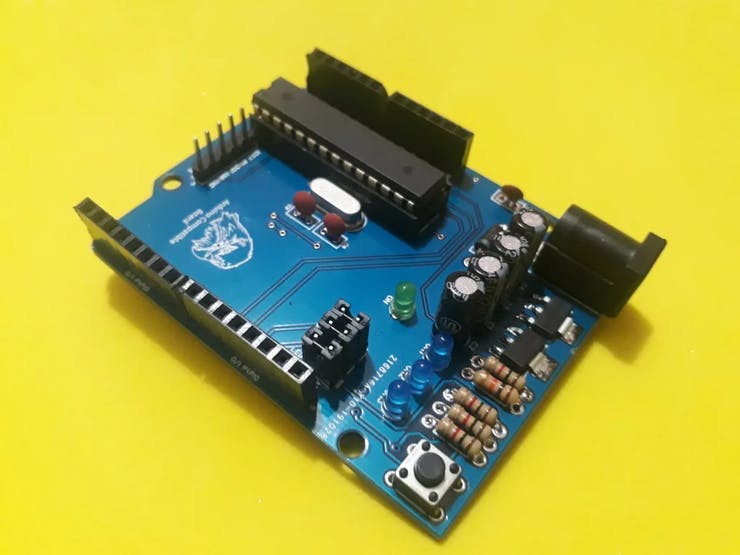 It sends a signal to trigger the ultrasonic sensor and does the calculation to determine the distance. After that, it allows the mobile robot to move forward the DC Motors or change direction to avoid a possible obstacle.

The DC motors are connected to the L293D driver circuit.

This driver can control the speed of the wheels through the PWM signal, as well as their direction of...

How to Make a Tank Robot with Arduino

You'll learn how to create your own combat robot with gripper and Arduino.
Project Owner Contributor

This project was developed in partnership with Rob