Make a water level indicator without using any microcontroller or programming. Just with simple electronic components!

We have seen many DIY water level indicators which are made using Arduino UNO or any other microcontrollers. This adds up to the list of components and the budget too. If you want a cheap device for indicating the water levels of any water storage tank, we would need a good cheaper alternative.

This project is all about making such water level indicator that can give you very accurate and reliable output. Even though the fact is that the device itself doesn't utilise any of the microcontroller or programming firmware. Therefore, if you don't like setting up things for software and programming microcontrollers, you can just solder a few components in an hour and your water level indicator is ready.

NPN Transistor as a Switch 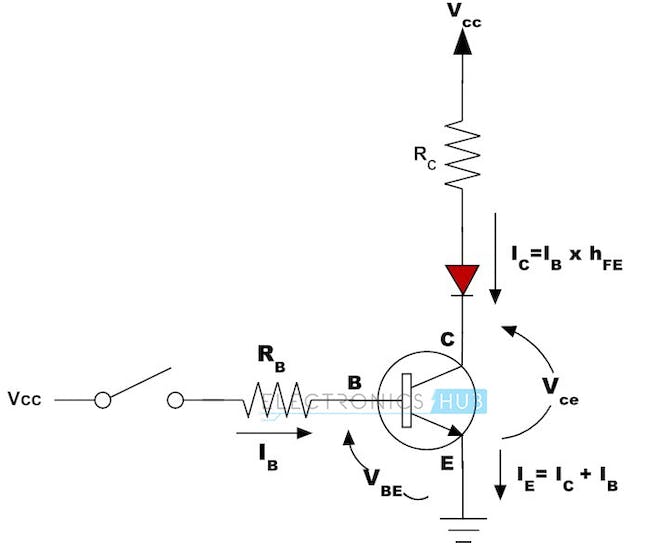 A transistor can be used for switching operation for the opening or closing of a circuit. This type of solid-state switching offers significant reliability and lower cost when compared to conventional relays.

Both NPN and PNP transistors can be used as switches but here in this project, we are using NPN transistor.

In order for the Base current to flow, the Base input terminal must be made more positive than the Emitter by increasing it above the 0.7 volts needed for a silicon device. By varying this Base-Emitter voltage VBE, the Base current is also altered and which in turn controls the amount of Collector current flowing through the transistor as previously discussed.

When maximum Collector current flows the transistor is said to be Saturated. The value of the Base resistor determines how much input voltage is required and the corresponding Base current to switch the transistor fully “ON”.

Application of Transistor as a Switch in Project 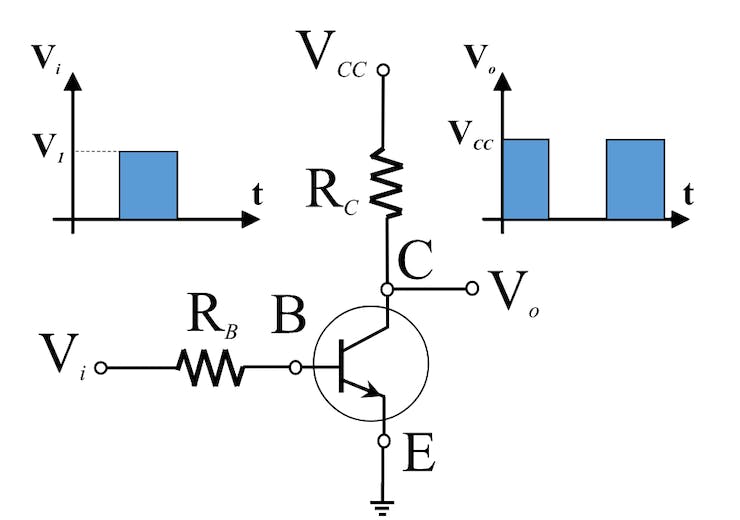 This project uses water as a conducting media for passing minute electric current. There are probes at different depth levels of the tank. There are five different levels for this indicator. The fifth level is the highest one.

To Detect the Level of Water in Water Tank in order to save the extra flowing water and the electricity as well.
Project Owner Contributor

This is Mobile Phone Detector System which is designed on KiCAD software and printed PCB is bought from JLCPCB.
Project Owner Contributor