A project to drive NeoPixels (or similar serial RGB LEDs) with an Arduino Nano as a "grow light" for the dark winter months.

As the GPOD project is intended to get to know the Tindie and Hackaday ecosystem, I thought I'd take a moment to add additional documentation.  Probably not necessary for most hands-on folks with a bit of experience, but perhaps a good illustration of the overall project for some.

So I've added an itemized parts view with labels.  Having worked through it, it is a bit tedious, but I think I'd probably do this for future items I put on on Tindie as well.  I think it would give a prospective buyer of the project an good confirmation of what they're getting rather than leaving anything to assumptions. 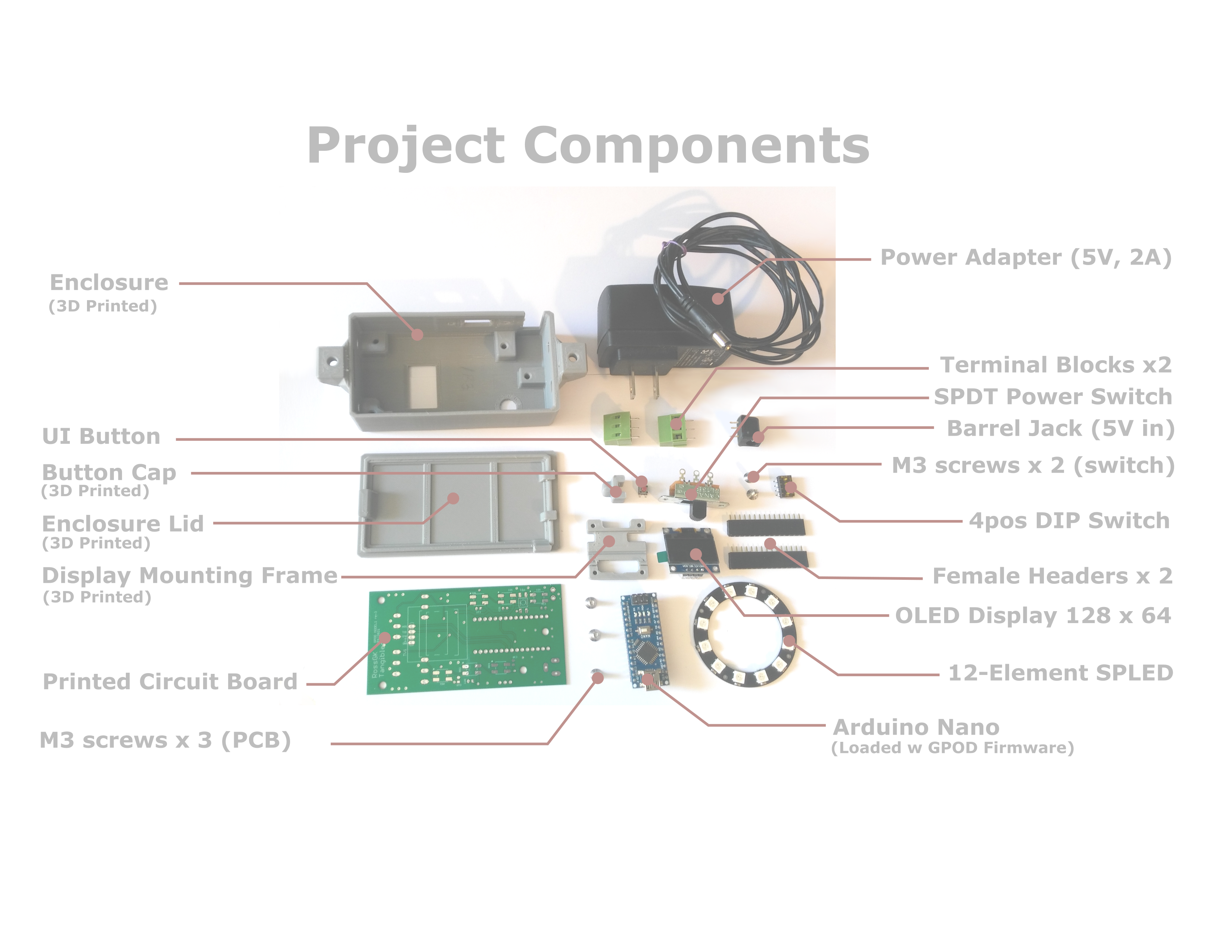 For additional clarity for would-be buyers, I created a version with outlines showing what parts are included for each of the three purchase options.

I was a bit unsure how to bundle the parts for optimal convenience, but figured there'd mostly be two camps - those with most of the parts laying around already (eg RGB LEDs and a few extra Arduino Nanos) and those with nothing, and wanting just to get the thing and start using it.

For the real hard-core makers, I also included the PCB-Only option. Mostly it saves someone the effort of breadboarding up an SPLED driving circuit, and gives them the on/off switch, the power distribution to the four channels, and some SPLED mounting locations on the board for their development process.

Those who want the PCB-only probably don't want the firmware load and will just be developing their own… but it's there for them on Github anyway if they want a quick way forward.

Documentation is never fun, but I know I'm always happy to have too much info rather than too little. Especially at the 'should I buy it or make it' phase of a project.