DC-DC Buck Converter to step down voltages from 55V max to 1.2V-55V

We often need to supply our circuits with some specific amount of voltage to our circuits like a 5V DC circuit powering microcontrollers like Arduino. These circuits have a maximum tolerance of 5V. If the voltage level goes beyond that, it can burn out the microcontroller. Thus, a regulated power supply is very important. The main question arises that how can we get regulated 5V or any other power supply. It's not possible many times to arrange the batteries of the exact voltages. 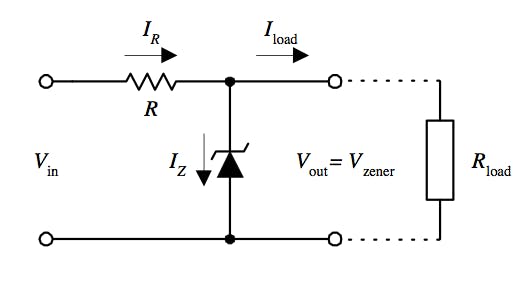 Zener Diode as a Voltage Regulator

However, the Zener Diode or “Breakdown Diode”, as they are sometimes referred too, are basically the same as the standard PN junction diode but they are specially designed to have a low and specified Reverse Breakdown Voltage which takes advantage of any reverse voltage applied to it.

Unlike a conventional diode that blocks any flow of current through itself when reverse biased, that is the Cathode becomes more positive than the Anode, as soon as the reverse voltage reaches a pre-determined value, the Zener diode begins to conduct in the reverse direction.

This is because when the reverse voltage applied across the Zener diode exceeds the rated voltage of the device a process called Avalanche Breakdown occurs in the semiconductor depletion layer and a current starts to flow through the diode to limit this increase in voltage.

The current now flowing through the Zener diode increases dramatically to the maximum circuit value (which is usually limited by a series resistor) and once achieved, this reverse saturation current remains fairly constant over a wide range of reverse voltages. The voltage point at which the voltage across the Zener diode becomes stable is called the “Zener voltage”, ( Vz ) and for Zener diodes, this voltage can range from less than one volt to a few hundred volts.

The point at which the Zener voltage triggers the current to flow through the diode can be very accurately controlled (to less than 1% tolerance) in the doping stage of the diodes semiconductor construction giving the diode a specific Zener breakdown voltage, (Vz) for example, 4.3V or 7.5V. This Zener breakdown voltage on the I-V curve is almost a vertical straight line. 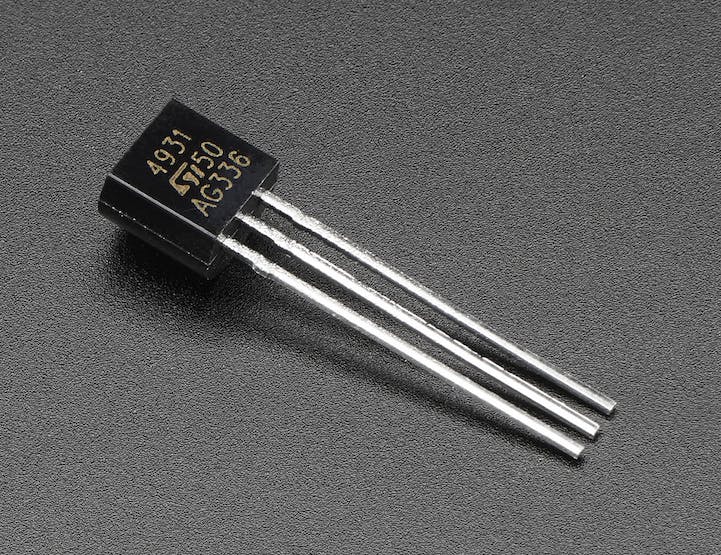 Linear voltage regulators—also called LDOs or low-dropout linear regulators—use a transistor controlled by a negative-feedback circuit to produce a specified output voltage that remains stable despite variations in load current and input voltage.

The disadvantage of Linear Voltage Regulator

A serious disadvantage of linear regulators is their low efficiency in many applications. The transistor inside the regulator, which is connected between the input and output terminals, functions as a variable series resistance; thus, high input-to-output voltage differential combined with high load current results in large amounts of power dissipation. The current required for the functionality of the regulator’s internal circuitry, labelled IGND in the diagram, also contributes to total power dissipation.

Perhaps the most likely failure mode in a linear-regulator circuit derives from thermal rather than strictly electrical factors. 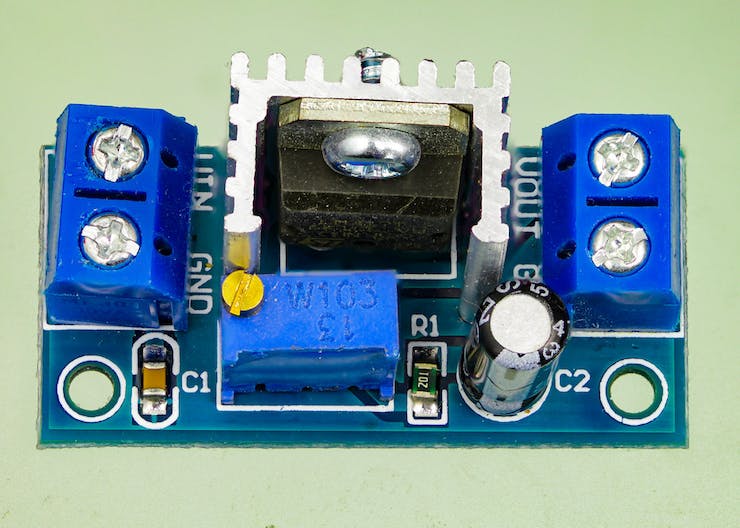 A buck converter (step-down converter) is a DC-to-DC power converter that steps down voltage (while stepping up current) from its input (supply) to its output (load). It is a class of switched-mode power supply (SMPS) typically containing at least two semiconductors (a diode and a transistor, although modern buck converters frequently replace the diode with a second transistor used for synchronous rectification) and at least one energy...