I’d like to post some updates since the last flight. We added a failsafe/interlock to kill the gas in the event of connectivity issues, and made some fuel adjustments. Also, we have had quite a few questions from the Hackaday.io community about the canopy that I’d like to answer. For fuel, we have determined that we can get a lot more thrust by flipping the propane tanks upside down. The liquid propane on the bottom of the tanks generate much more power than the vapor you’d normally get by having them right side up. Using liquid, the burner is much more dynamic and the balloon does not need as much gas to fly, thus being more efficient. It does seem to be more prone to having the flame go out this way, so we intend to add a pilot light soon. It also makes the tanks very cold, as you can see in the last picture below. I also had a chance to take some pictures of the top of the balloon to show the vent to those who were interested. Our canopy has a vent on top like a regular balloon, but is not something we need to use in flight. It is mainly for making it easier to pack the balloon up. On a large-scale balloon, the tops can be popped to reduce altitude. Lastly, I had a chance to get a crude measurement of lifting capacity by measuring it with a crane scale. This and some other measurements can be found in the project details. The canopy width and height was a rough measurement with a tape measure after it was inflated and just before we got it upright. 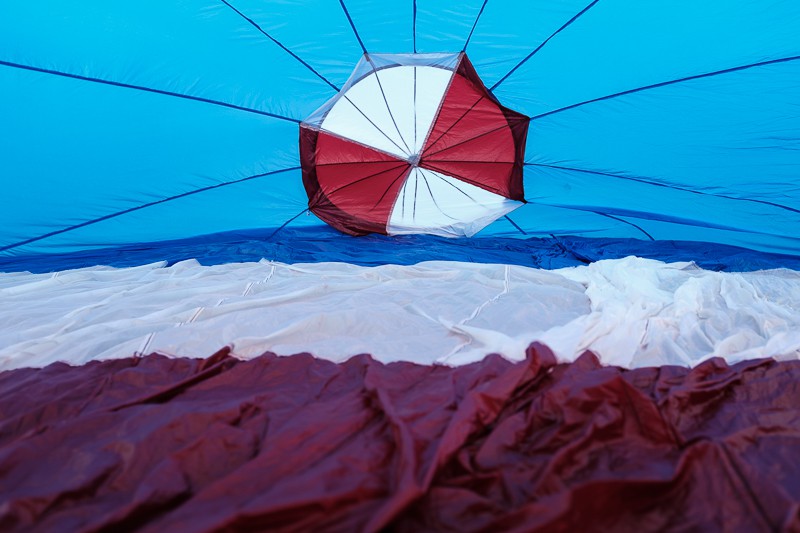 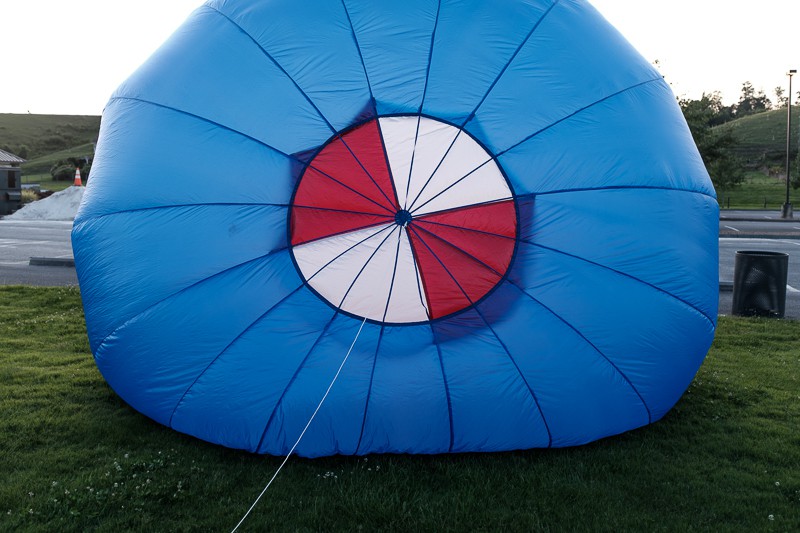 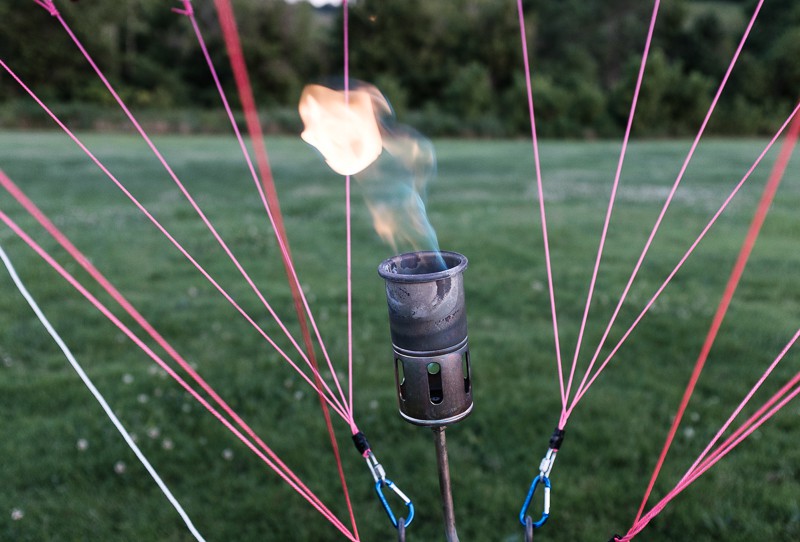 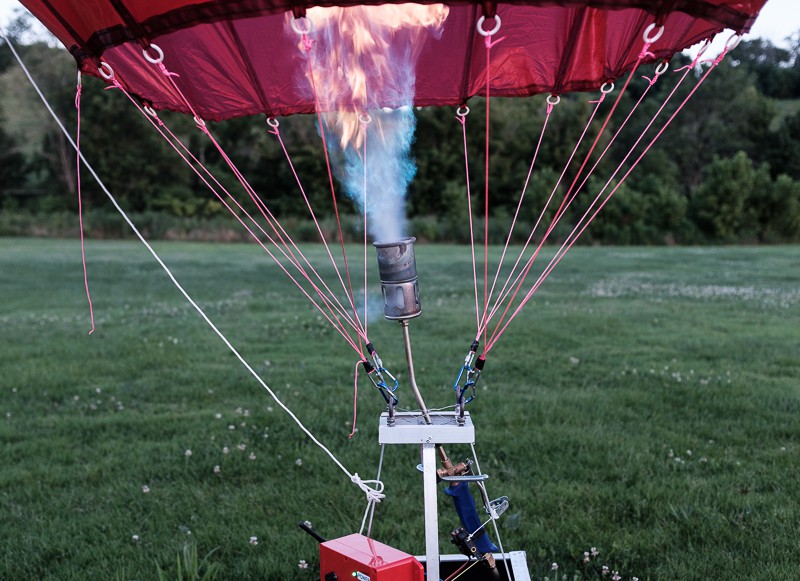 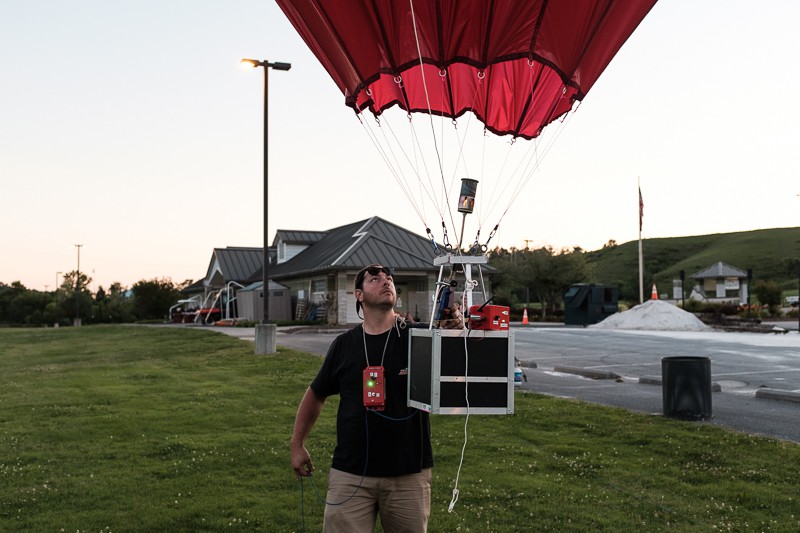 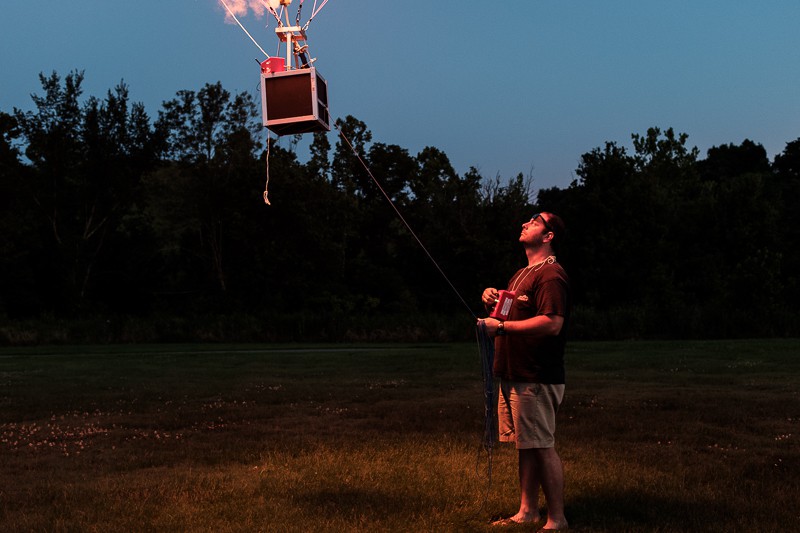 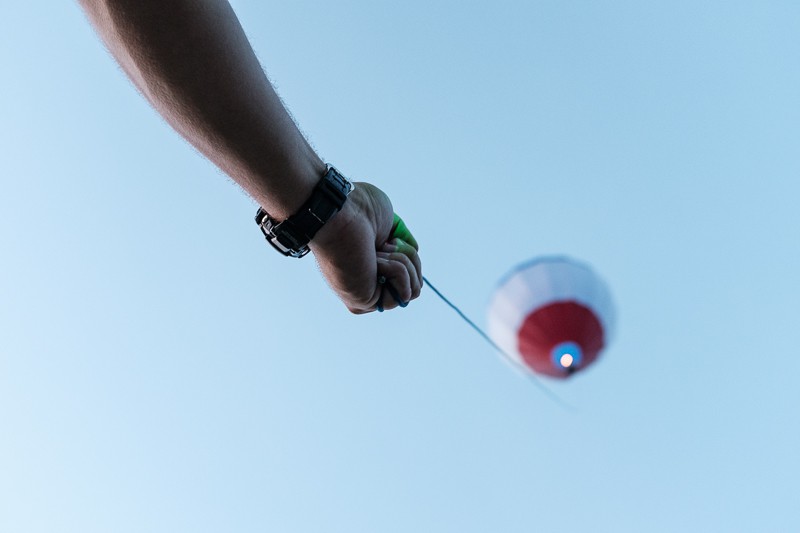 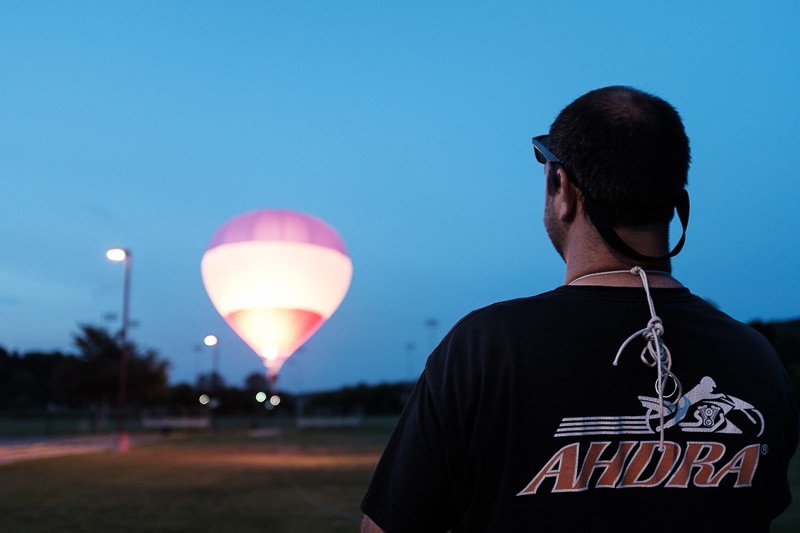 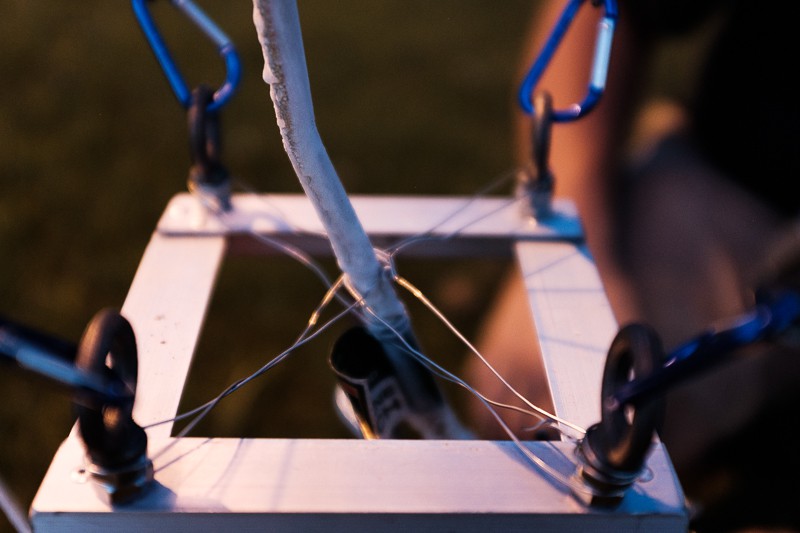