Free CoE (CAN over EtherCAT) CiA402 servodrive on STM32. For open motor controllers like ODrive, STMBL, or your next thing.

PCBs arrived from board house 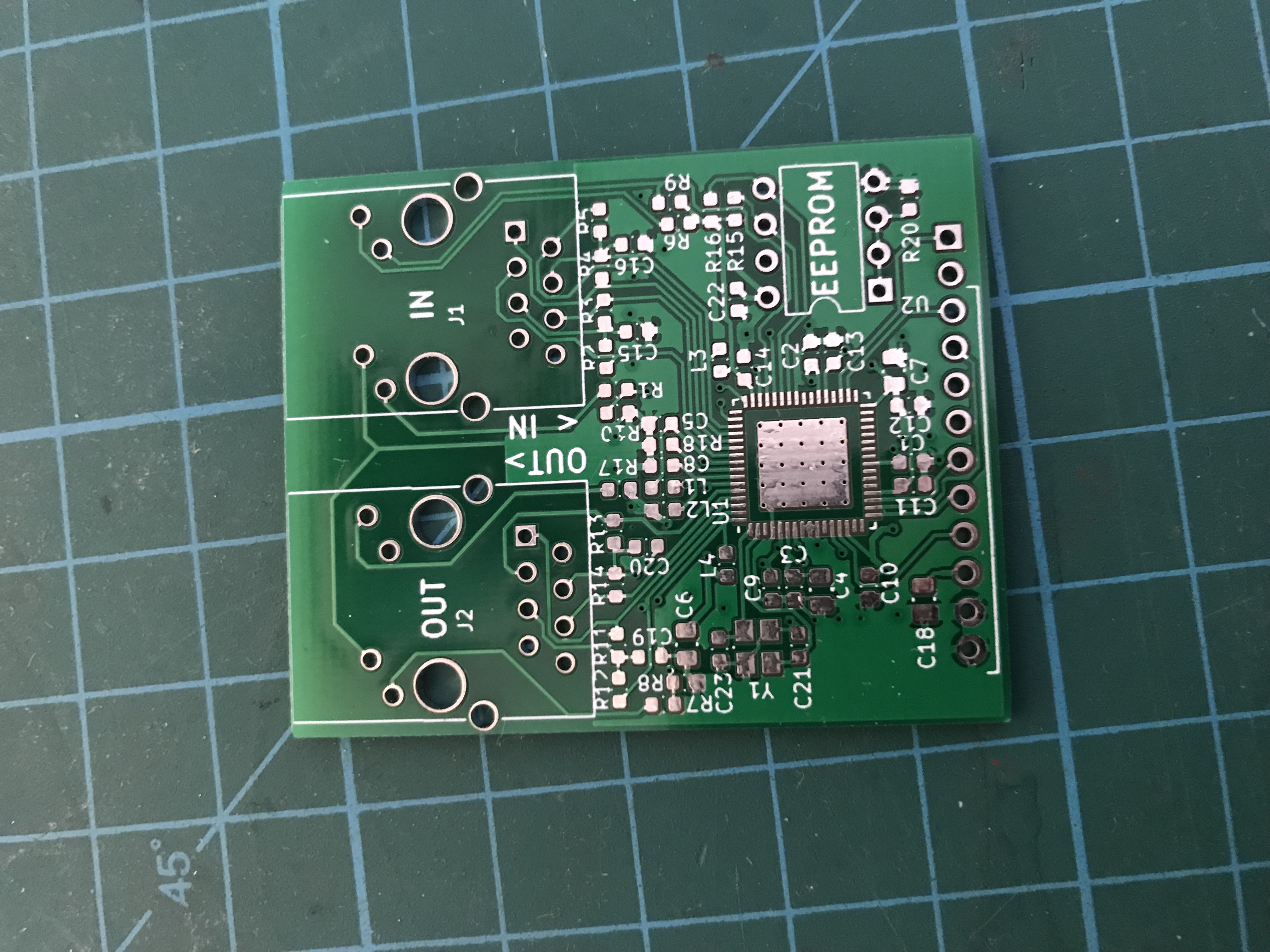 First one is already assembled. It is dirty from resin-based flux, but looks OK 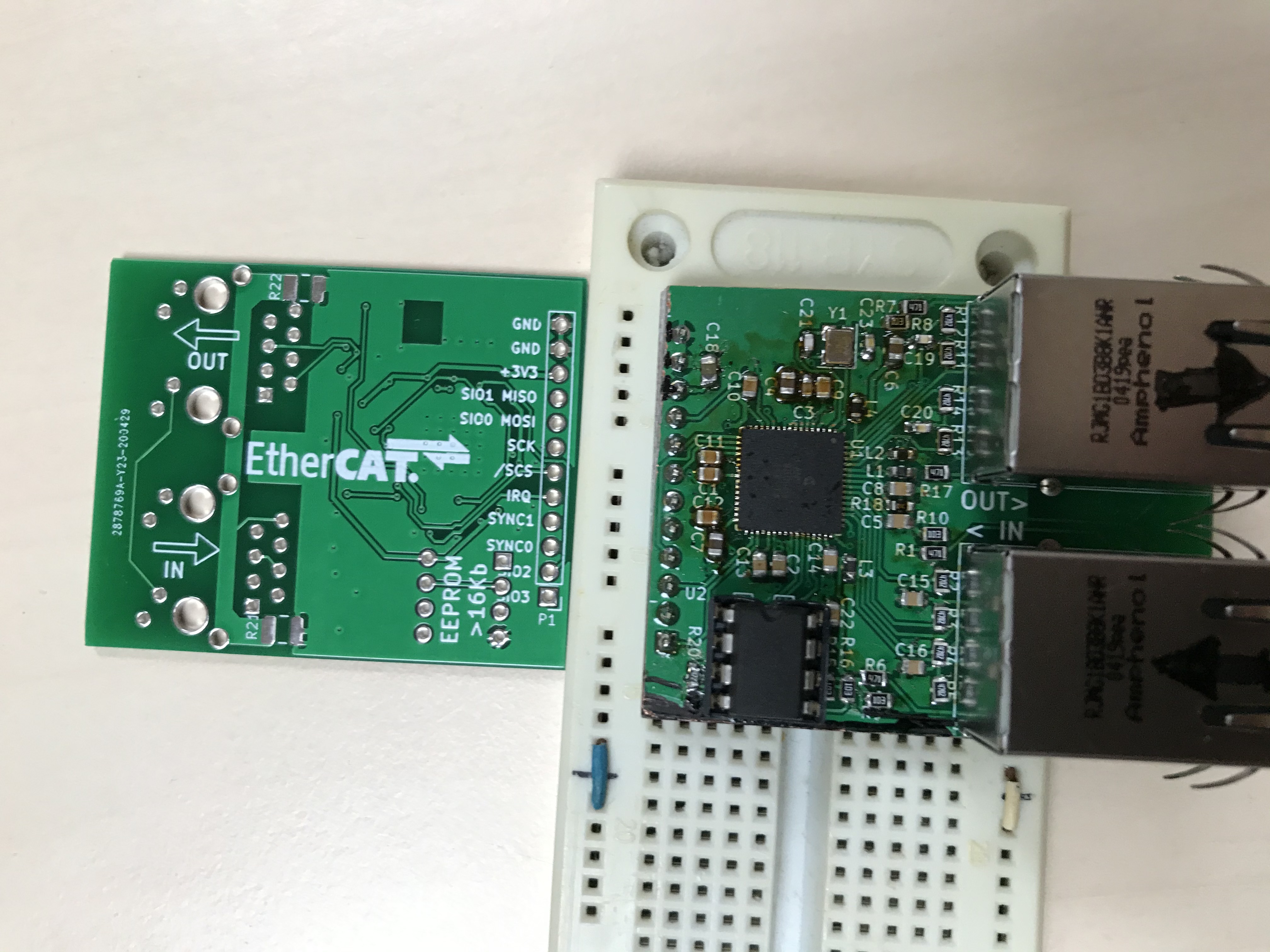 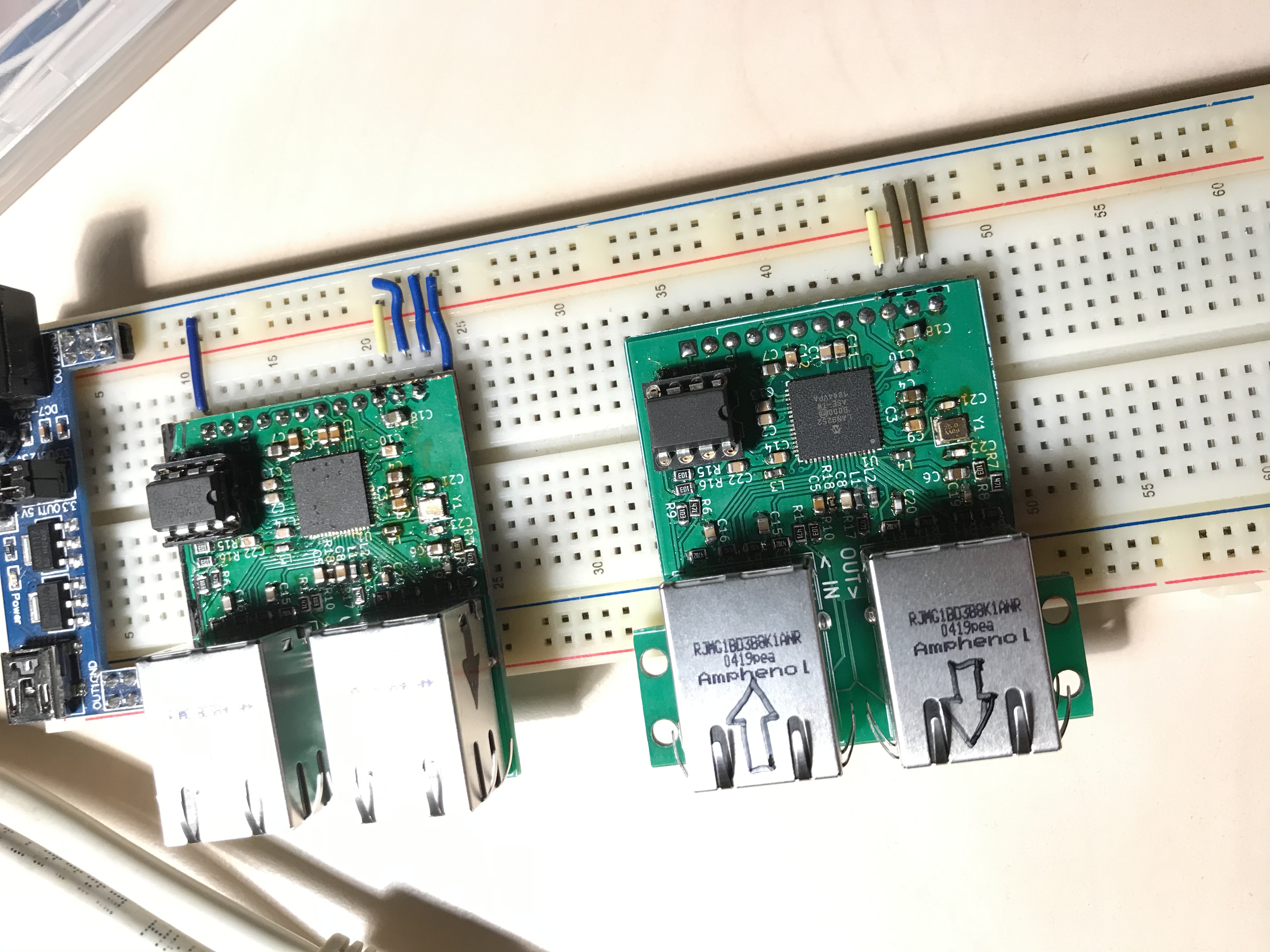 Now to make it work with microcontroller.

It is working. How stable is it? Turns out not very much. After random period up, usually few minutes, ESC is either disconnected from master or starts to spew garbage values. What could be wrong? First culprit is power that was supplied from 3V3 regulator on Arduino. Lets add another one, powered from separate USB cable. That worked. For convinience, to have only 1 USB cable connected, 5V line to separate regulator can be pulled from ISCP header 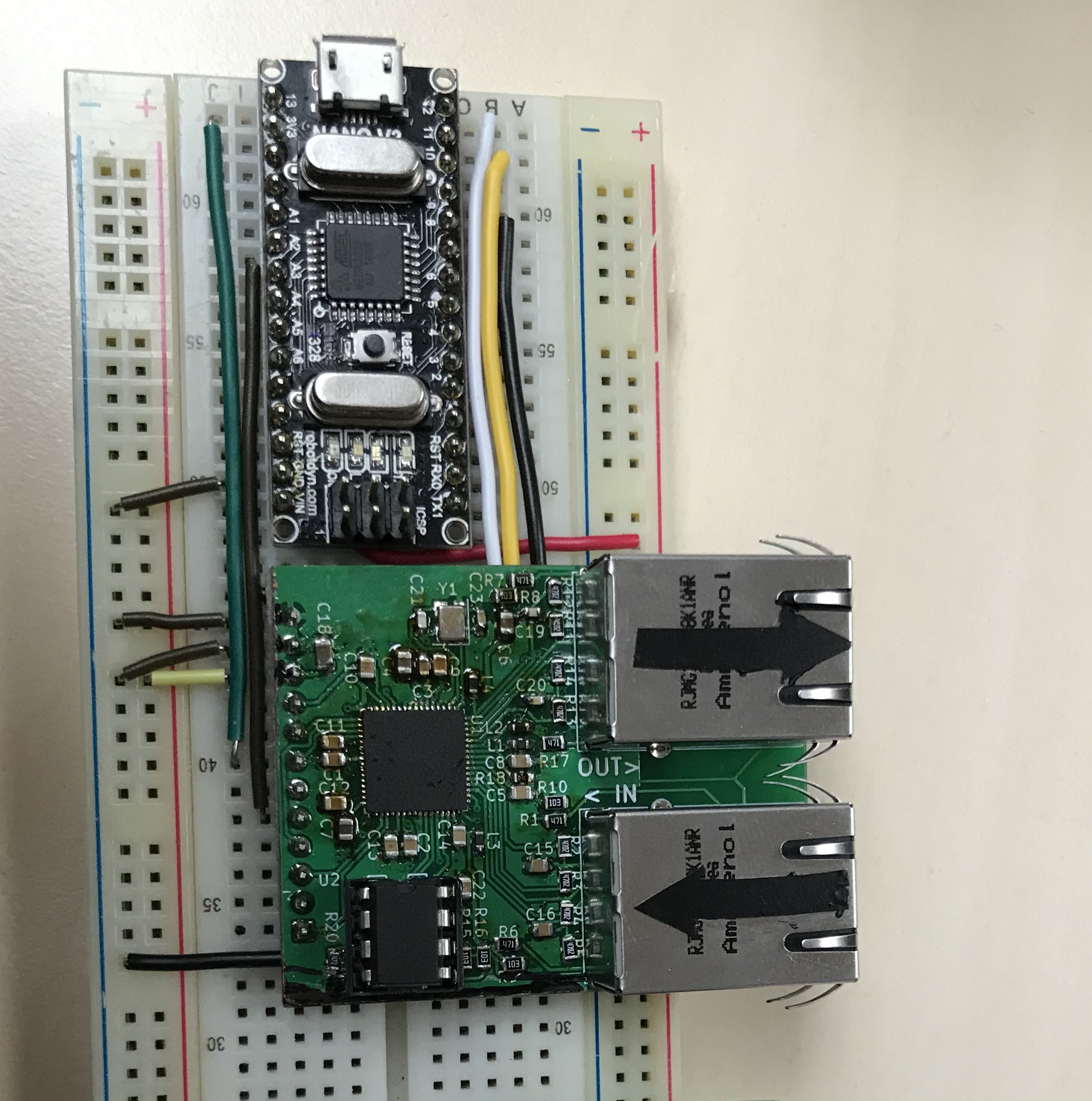 BTW, turns out that LAN9252 lines are not 5V tolerant. Suprise, ESC is working entire time without issues, but is uncomfortably close to absolute maximum rating. Voltage level shifter fixes that. 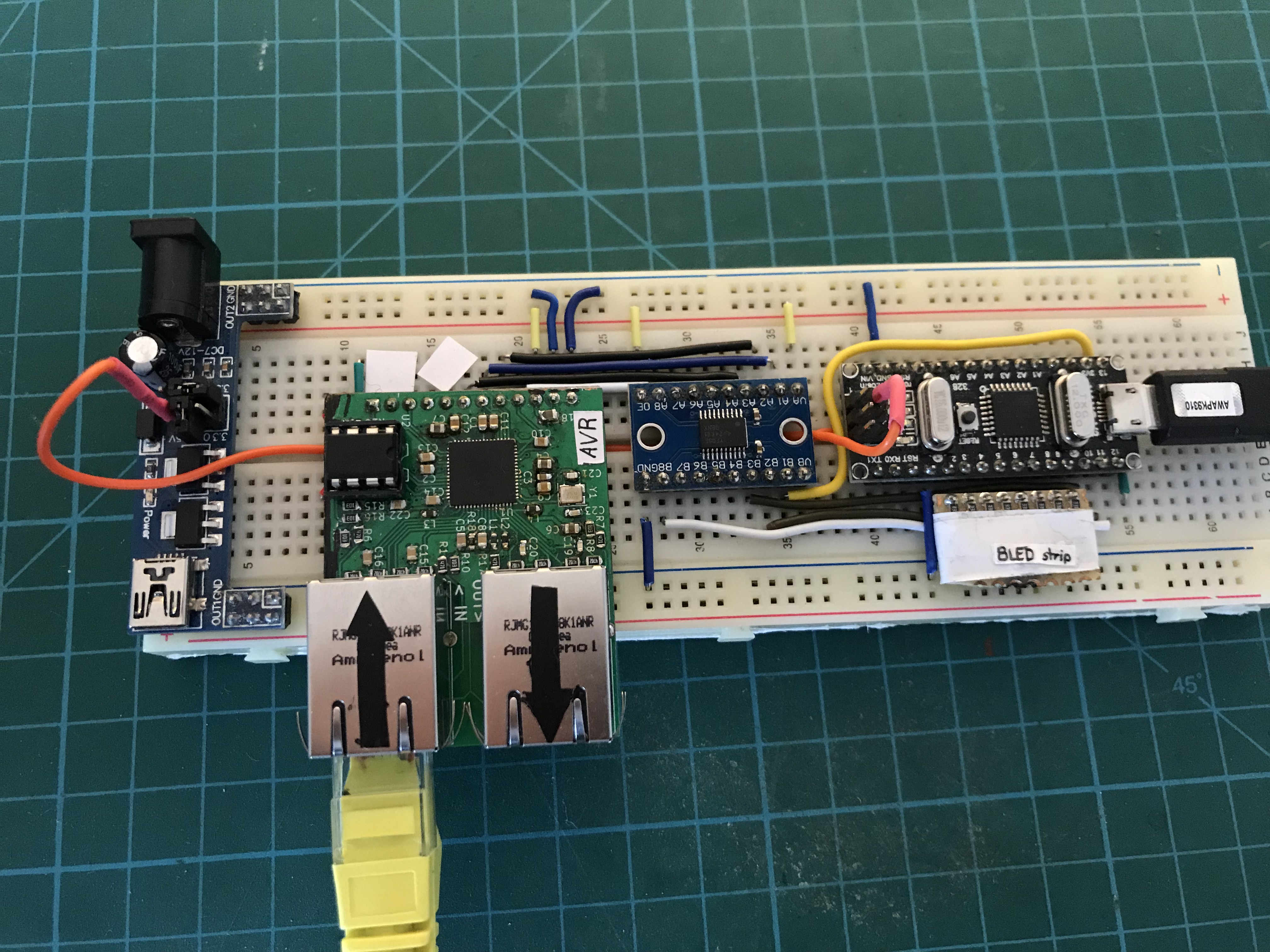 Now on to port that STM32F4 Discovery board. Built quick adapter using SPI1 pinout exposed on STMBL extension header. Problem with power supply repeats. 3V3 from EVB is not good, another USB cable just to power up ESC is needed. 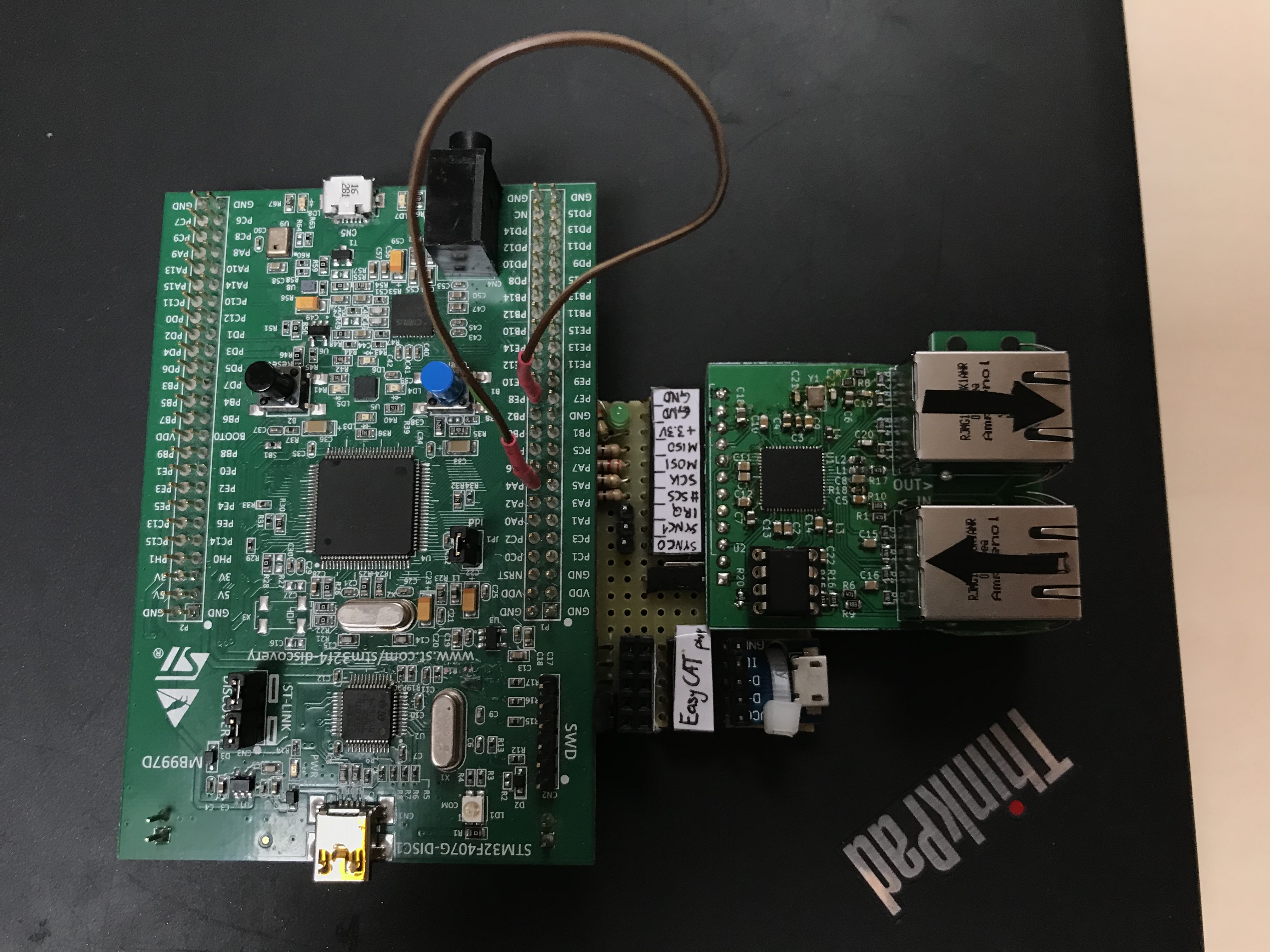 It is working too. But STMBL is using StdPeriph drivers. Time to ditch Arduino code and port SOES to SPL

TLDR: dont build this version. It worked good enough for my use case (single node development), but if you think of using it for anything practical buy EasyCAT PRO or wait for something better.