How fast does it have to be?

I'm still working on the LED pulse circuit, but thought I would take a step back and figure out exactly how fast it needs to be. I did some early calculations to come up with a 1 us flash duration, but thought I should revisit the issue. To get a handle on things, I photographed a rule at the minimum focus distance for the lens I intend to use - about 36 cm away. I could add a macro spacer ring to allow closer focus, but I don't want to endanger the camera by getting it too close to the action. Here's the rule ( what's on the other side of rulers in metric-system countries? )

The horizontal field of view is about 15cm - knowing this will come in handy later. Zooming in at the center of the image, we can measure the resolution in pixels/mm:

There are about 20 pixels/mm - we can use this number to figure the required flash duration based on the projectile speed and allowed image blurring.

My initial tests will be with a CO2-powered air rifle at about 600 fps - that's approximately 180 m/s. I would eventually like to photograph a supersonic projectile at around 350 m/s - spring piston rifles can do this. Based on these two data points, I came up with the following chart, which shows the blur length in pixels for a projectile at either speed photographed with various flash durations:

An absolute razor-sharp image might require less than 0.5 pixel blur, but these speeds are probably unrealistic based on the amount of light required for the exposure. Wide open at f/1.8, the lens can't even manage a crystal-clear image at this resolution. To put these numbers in perspective, here's an image of the .22-caliber projectile: 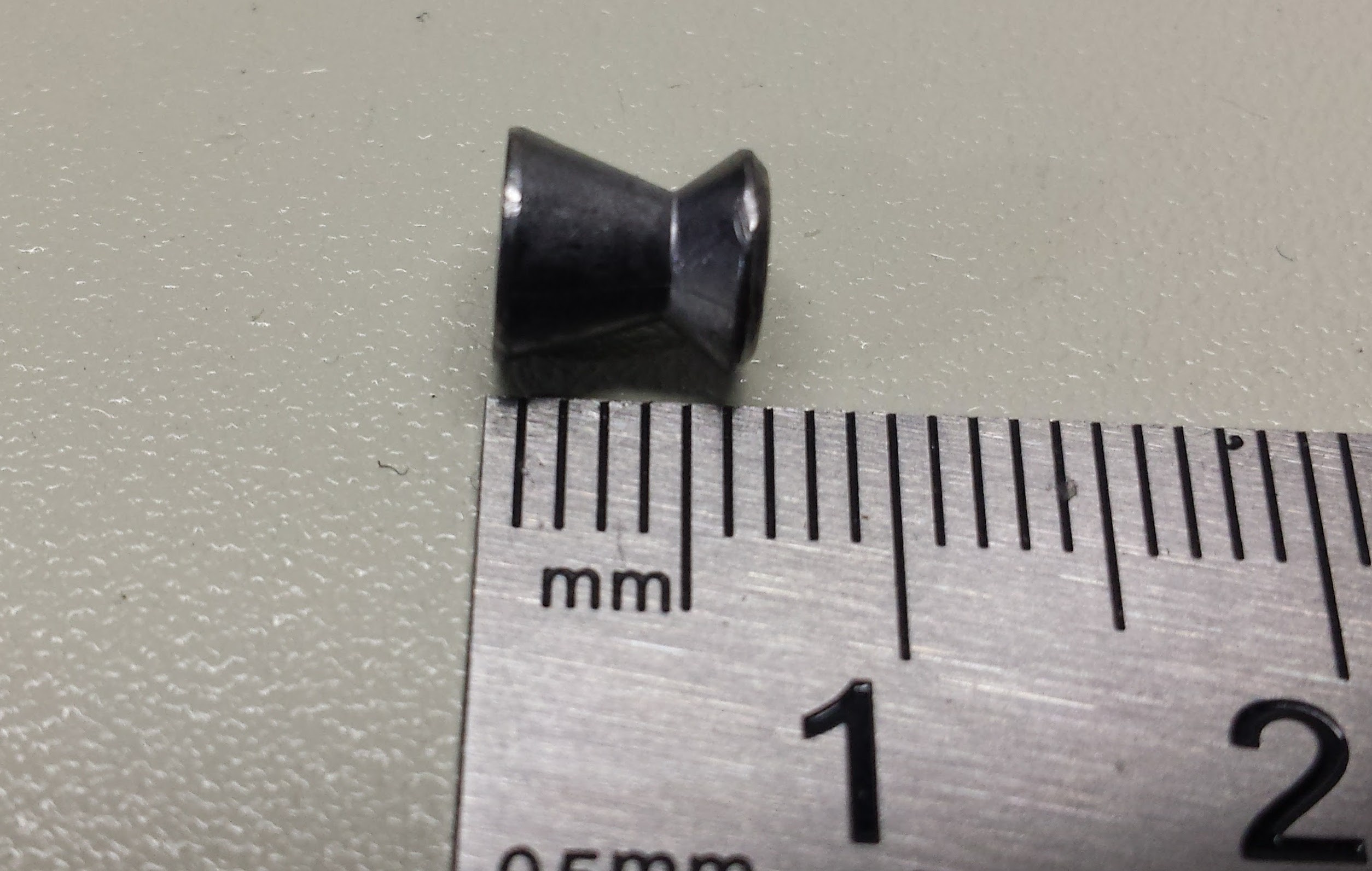 The pellet is approximately 7 mm long - 140 pixels in the original image. Based on the above table, if we wanted to photograph this pellet with no more than a 10% blur, we would need around a 4 us flash at 180 m/s, or 2 us at 350 m/s. The original target of a 1 us duration would provide around 2.6% blur at 180 m/s. On the other hand, extending the pulse to 10 us would produce 10x as much light, while blurring the pellet by 25% - probably not a great photograph, but interesting nonetheless.