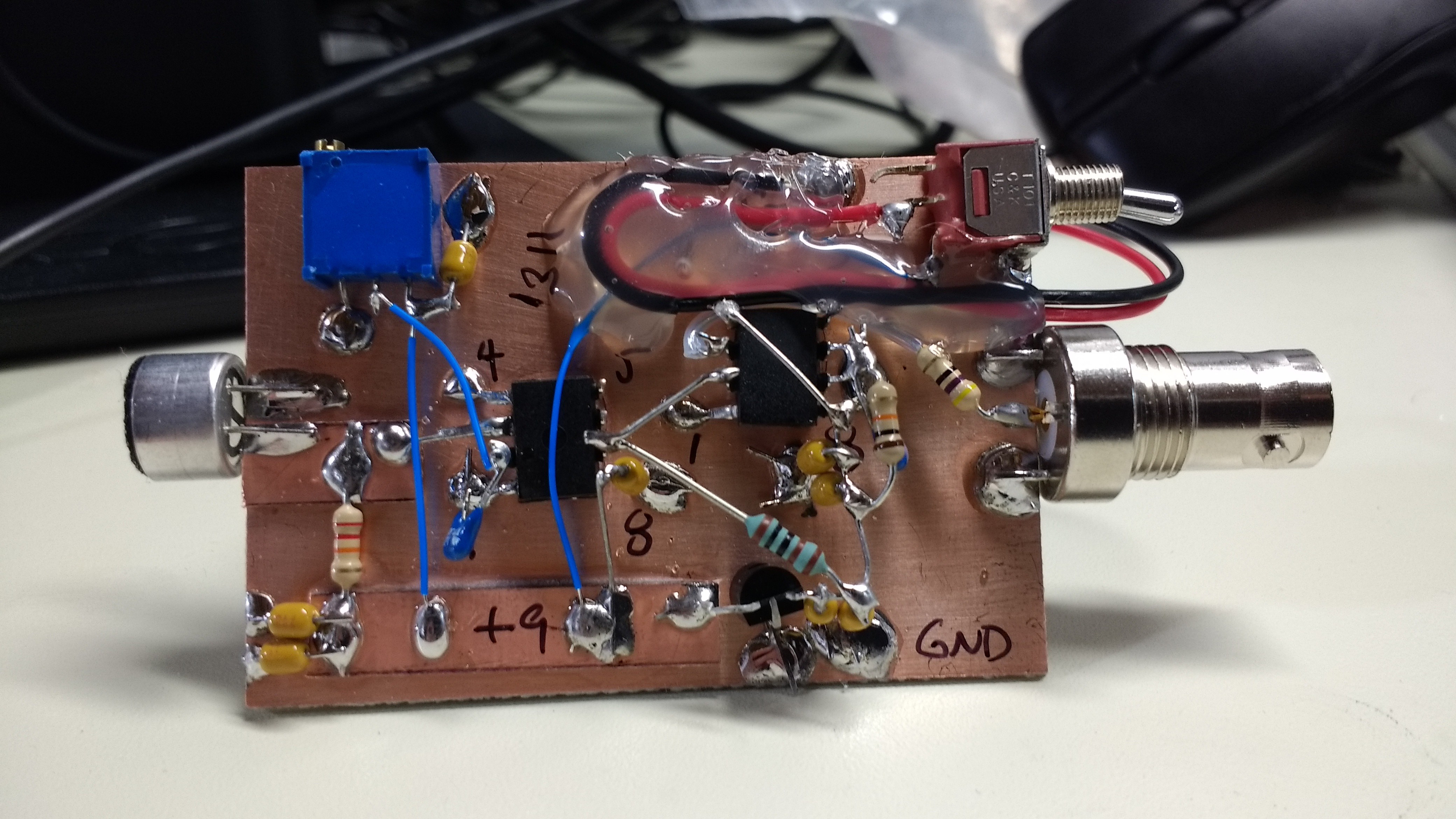 I'm starting to find some time to work on interesting things again, so I've resumed work on this project. One of the blocks to progress before was the need for fast, large area photogates to detect projectiles in flight. A few early experiments didn't turn out as planned, so I've fallen back to a sound-based trigger. I built a simple prototype today, and it seems to work very well for detecting airgun shots. Here's the board (not shown is the 9V battery double-stick taped to the back for power).

My initial concern about using sound was the possibility of false triggering - on the camera shutter noise, for instance. A few experiments with a 10m target pistol showed that a common electret microphone capsule produced an output of several volts when positioned about 20cm to the side of the muzzle. I came up with the rest of the circuit pretty quickly after that. Here's the schematic:

The electret mic (and its internal FET) are biased with a 22k resistor from power supplied by a 9V battery. The bias level was chosen to keep the quiescent mic output voltage relatively low, since the pressure wave from the airgun discharge produces an initial positive pulse. This output is compared with an adjustable reference voltage from a trimmer in an LM311 comparator. The output of the comparator triggers a monostable 555 to deliver a 100us pulse to a 50-ohm cable via a BNC connector. Not shown in the schematic is a 78L05 regulator for deriving the 5V supply. The circuit draws about 6mA. I'm sure you could do better with more modern parts, but I had these jellybeans around (the LM311 has a 1989 date code) and I'm on a use-what-you-have kick.

The resulting circuit seems very robust, consistently triggering on airgun shots, but is insensitive to even the loudest hand-claps I can manage. I have no concern that it will be triggered by the camera shutter.

Here are the waveforms at the output of the microphone capsule (yellow) and BNC connector (cyan) when triggered by a relatively low-power 10m target pistol: 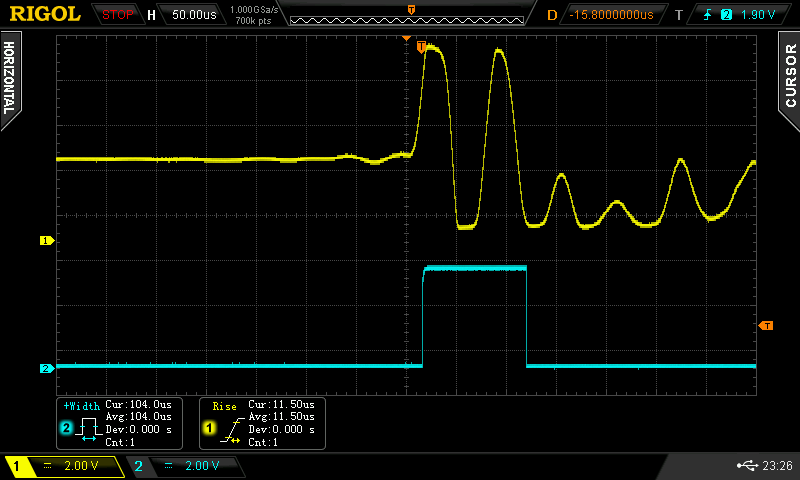 The output of the microphone saturates with a positive excursion of more than 5V, and a rise-time of around 11us. The 100us output pulse starts about 5us after the beginning of the detected pulse. This will change somewhat with the threshold potentiometer setting. With this particular pistol, the muzzle velocity is about 150 m/s, so the projectile moves less than 1 mm in those 5us.

I have seen triggering setups where the initial flash delay is changed by moving the sound sensor relative to the muzzle, using the speed of sound as the delay mechanism. I think I'd rather keep the sensor at a fixed distance from the muzzle and control delays in software.

The sound level at the microphone is pretty extreme. I'm not sure if it will eventually become damaged, but it's easily replaced if so.