A new mechanism that can prevent bullet casing and burned propellant released in to the environment.

A new mechanism that can prevent bullet casing and burned propellant released in to the environment.

Firearms are very dangerous and I hope you don’t have to use them in life time but history has thought us that people always find a reason to go to war to the end of time. This project is neither promoting firearm use nor discouraging it but protecting the environment whenever/ wherever/ however you used it.

Shooting real bullets releases hazardous pollutants into the environment. Burned propellants from carbine bullets releases chemicals into the environment when you fire each bullet and the bullet casing that is ejected from the firearm after shooting can poison humans and contaminate environment. All of this pollution released in small amounts gradually builds up creates hazardous environment for farmer tilling a field that used to be a war zone because it highly contaminates soil, creates very hazardous aquatic ecosystem when bullet casing enters into water especially in fishing sites poisoning our food, it’s also very dangerous for children’s health because lead bullet casing is considered top threat to early aged, creates a psychological impacts especially for children when seeing a bullet casing after conflict and many other negative impacts.

To solve this problem here in Anteneh Engineering I have been working on different alternative solutions for some time.  The two best alternatives were bullet that does not have bullet casing and bullet casing that does not get released but both approaches involves in improvement of firearm which is used to take lives and as a conservation community member my morality limits me to pursue the two approach more. Instead I have developed a new mechanism that can prevent bullet casing and burned propellant released in to the environment without improving firearm designs. This is done by installing adjustable quick fix structure attached with a very light weight flexible waterproof bin on top of the opening in the slider of a pistol that is used to eject the bullet casing after firing. This will enable us to efficiently collect all the burned propellant found inside the bullet casing and the ejected bullet casing itself before it enters in to the environment because the entire used bullet casing win be stored in to the bin. For use first you need to install the rigid structure on top of your pistol; this should take no more than 2 seconds because it can attach itself irrespective of the thickness of your pistol. After you install it all you need to do is fire your gun as much as you want and the entire bullet casing with the burned propellant will be stored in the bin. This is not a problem because when a bullet casing is ejected it has a projectile acceleration on the left side which will be perfect for storage in to the bin and since the oscillation of the slider is in millimeters the bin also oscillate with it. After use all you have to do is open the bottom gate of the bin and dispose burned propellant and bullet casing on recycling garbage bin.

For Asselt refiles the rigid fix structure will be on the side and on most assult rifles the bin does not oscillate with the slider. 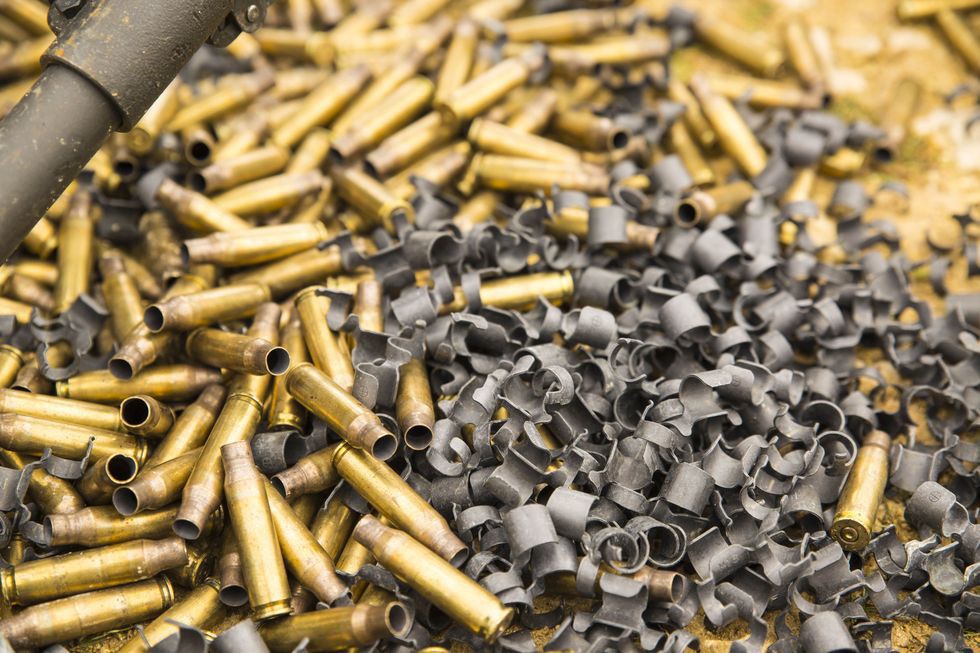 In an effort to look for some potential market validation, some friend of mine suggested me to ask a comment from military personnel and/ or Police official. So I asked a police officer who investigates crime and his comment was very interesting. He said that "this is very amazing, I didn't even know that there is such problem to being with. This could be very important for outdoor gun range and training centers to solve pollution. But you are making our job harder as a police officer. Police often find that shell casings they collect from a crime scene are their most valuable evidence. Ballistic testing can offer clues about what kind of gun was used and, sometimes, whether that same gun was used in another crime. So I fear the primary customer for this product...

this does not work it will cause stove pipes because the port is not clear.

2021 Hackaday Prize
a mouth guard face mask that covers only the mouth and nose of the user and use the teeth as a support structure.
Project Owner Contributor