A GPS and Wifi enabled car farting logging device. To the infinite stupidity and beyond! Keep reading...

All mammals on this planet fart. As mammals, humans fart too. Especially when alone, in their cars when they commute to work.
So why not create a device to geolocalize those farts and log a few more things like the FartHeading, FartSpeed, etc?
Would it be interesting when selling the car, hand to the new owner a report of the number of farts released in the car and a map of those farts? Well not really but it was a fun project to build!

In normal operation, the display shows the speed, total fart count, heading, number of satellites used and HDOP. The last two are not very uselfull, it's just fun to see them.

The case comes from a cheap solar light. The GPS module (GY NEO6MV2) is housed inside this case with it's antenna. I replaced the GPS's on board battery because it was dead. This battery help the receiver to recover from a power failure with either a Hotstart or a Warmstart (depending on the duration of VCC outage). The LCD is a monochrome one used in "reverse video" to minimize glare at night. It has a high contrast for a better visibility in full sunlight. When a fart is released a simple press on the star key log the coordinates/speed/heading and then a simple survey is displayed. The star key is a good choice because the symbol itself looks like... you know... every mammal's "farts output port". The survey is only 2 simple questions to get some "farting stats": what was I thinking at that moment? What was the fart size? The survey is optional: a quick fart log can be done with a simple press on the star key and then zero.

But the most interesting is the GPS fart heading and speed: do I usually fart turning my back to some places/country? Do I fart more at high speeds?

Unfortunately my device was not ready when I got my new car so the first "farting" month doesn't have any GPS and survey data. That's about 45 farts.

Uploading farts to the cloud

The data is manually uploaded to https://data.sparkfun.com/ every friday. I like this cloud service because you can do burst uploads. I like the idea of "burst" uploading my farts to the cloud... 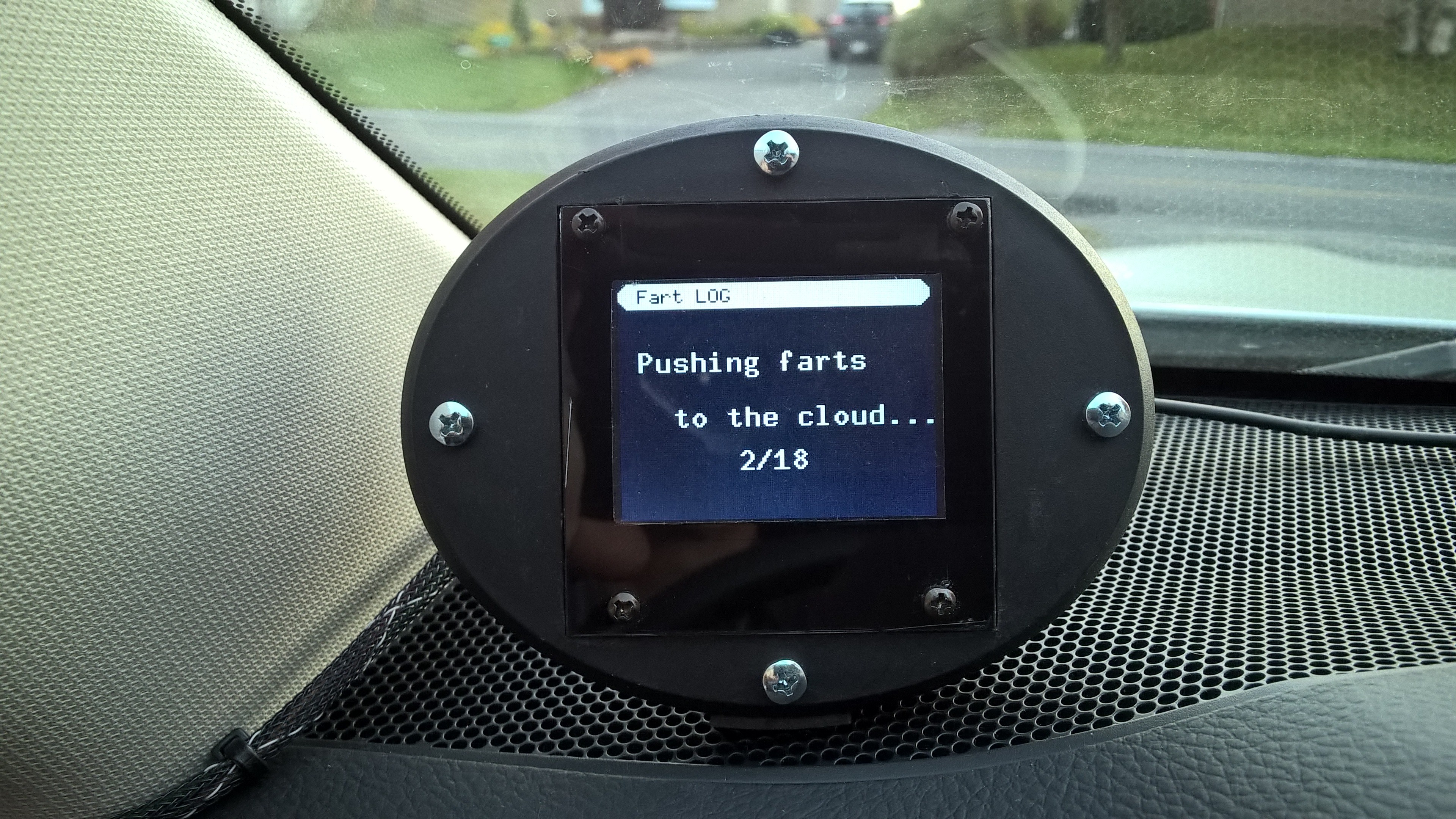 The main board is a DirtyPCB I have designed as a universal IOT platform. It can handle an ESP8266 ESP-01 or a ESP-07 on a breakout board. The microcontroller is a PIC18F25K22 running PicBASIC code (more on this in the FAQ).

The circuit is powered by the car's infotainment system's USB port. 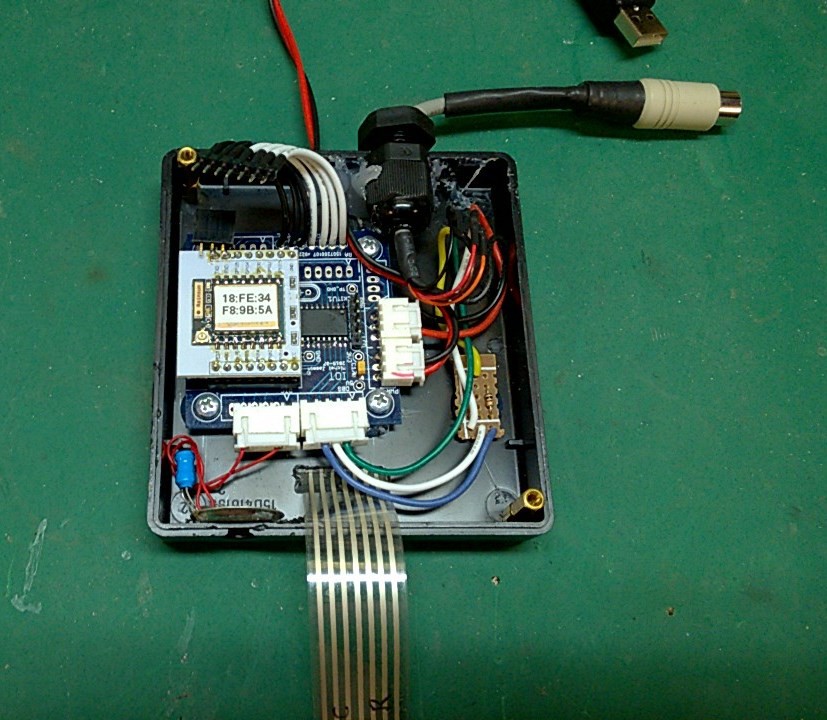 The data is imported to a MSAccess database to do some computing and generate a TAB file. The TAB file is then mapped on Google Maps using GPS Visualiser. This service is great and I'll donate for sure!

I have to say, catching wind of this project for the first time now, today, makes me feel kind of crappy... although, I also hope my rather cheeky sense of humor here is not entirely off-putting. I'd hate to cause a stink...

Since you're recording the size and speed of the farts, you could also record an approximation of "fart travel distance" and visualize some "fart cloud trail", assuming a certain size will last a certain amount of time. Of course, it will be quite inaccurate, unless you extend the system to log "dealt it", "smelt it", and "repelled it" (?) events to get exact timings.. hmm.

Very nice.  And if you want someone else to experience it virtually, you can add one of these to your system: http://www.instructables.com/id/Internet-of-Toots-IoT-a-Social-Whoopee-Cushion/

Great! Thanks for the idea ;)

I laughed so much a the "Data Analysis" part... thanks.

I've seen farts set off belt-mounted H2S sensors. Might be worth some experimentation.

It is too easy to cheat with this device. I had expected some automated snesing. At least accoustic or with a gas sensor. :-)

SparkFun has a methane sensor: https://www.sparkfun.com/products/9404

I wonder if it could pick up a fart??

A gas sensor should work but I'll have to sit on it to get a good response time. But an acoustic sensor mode with a piezo element would do the trick... I'll give it a try ;)

If you have a lot of time, you can decide your position on Earth just using watches and eyes. Or RTC and LDR.
Project Owner Contributor