A project log for LED filament based seven-segment displays

It's amazing what you can find on Aliexpress. After some searching and keyword manipulation, I was able to find a source for led filaments at a reasonable price. I chose the 12v 38mm version for their ease to drive compared to the other voltages and how readily you can find 12v power supplies too. The filaments I chose also come in a surprising variety of colours. There's red, green, blue, cool white and warm white. I chose red because it's a nice mix of the minitron look and a modern seven segment. I may purchase some green LEDs in the future to see if I can make a VFD aesthetic 16 segment, but that's for another project!

When the filaments arrived, I could make my PCBs, which went amazingly quick because of the simplicity. All I needed to do was make a footprint for my LEDs and methodically go back to the renders and CAD I did to place everything correctly. Since I like to add details to my silk screen too, I added an imaginary product number using the amazing Garoa Hacker Clube Bold and a logo using Densmore, as well as curved traces that'd look beautiful with something like OSH Parks after dark service. 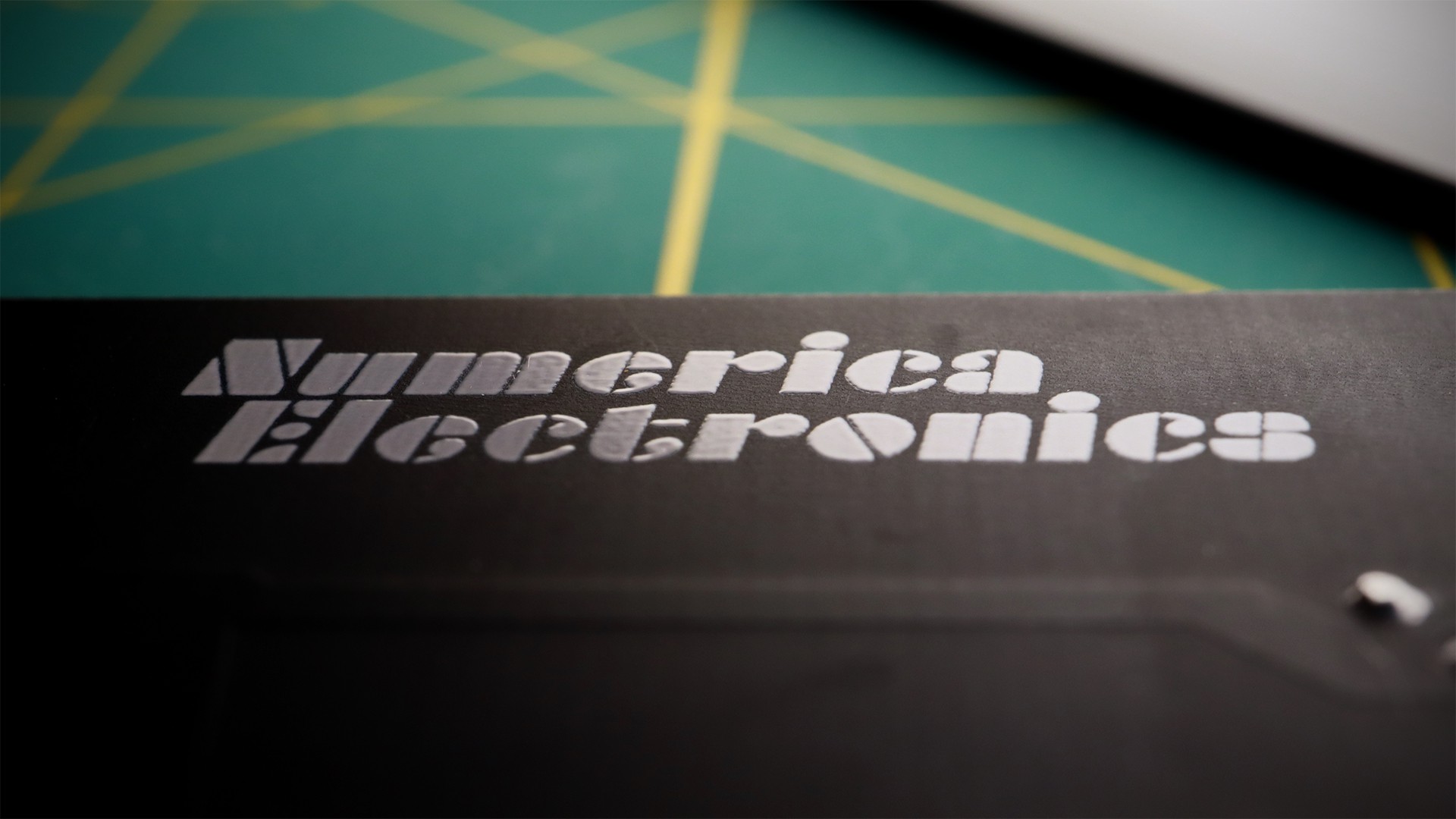 After a quick turn around of only a week, I had my boards in hand. Assembly for four digits went quickly, but I also had to be careful while I was doing so. The leds for the filaments are placed on a ceramic backer and coated in silicone, making them incredibly delicate. I'd strongly recommend using a PCB vice or even just a soft piece of upholstery foam when soldering on the back side

Using a driver board based on another person's design, I was able to test my PCBs and see how things looked. The aesthetic with out a case is amazing, but because of their fragility, it's best that I make a case for them. It'd help with visibility and contrast for the digits too, since I don't always live in dramatic two tone lighting!

A case for a case.

That's useful to know, the fragility. It explains the statements on the sellers' pages about careful packing of the filaments and the shipping cost. Do the filaments come with inbuilt current limiting, i.e. you can just apply 12V to them?

The led filaments don't have any current limiting built in to them, I actually learned that the hard way when I was first testing how bright each one is! The driver I use takes care of that for me, but I may add the option for current limiting resistors on a future board revision