So now its time to build the shelf that will sit on top of the table! The table will conist of two 5X20cm planks and have a integrated phillips hue downlight. First I cut the plank to size and started to make the groove for the ledstrip. 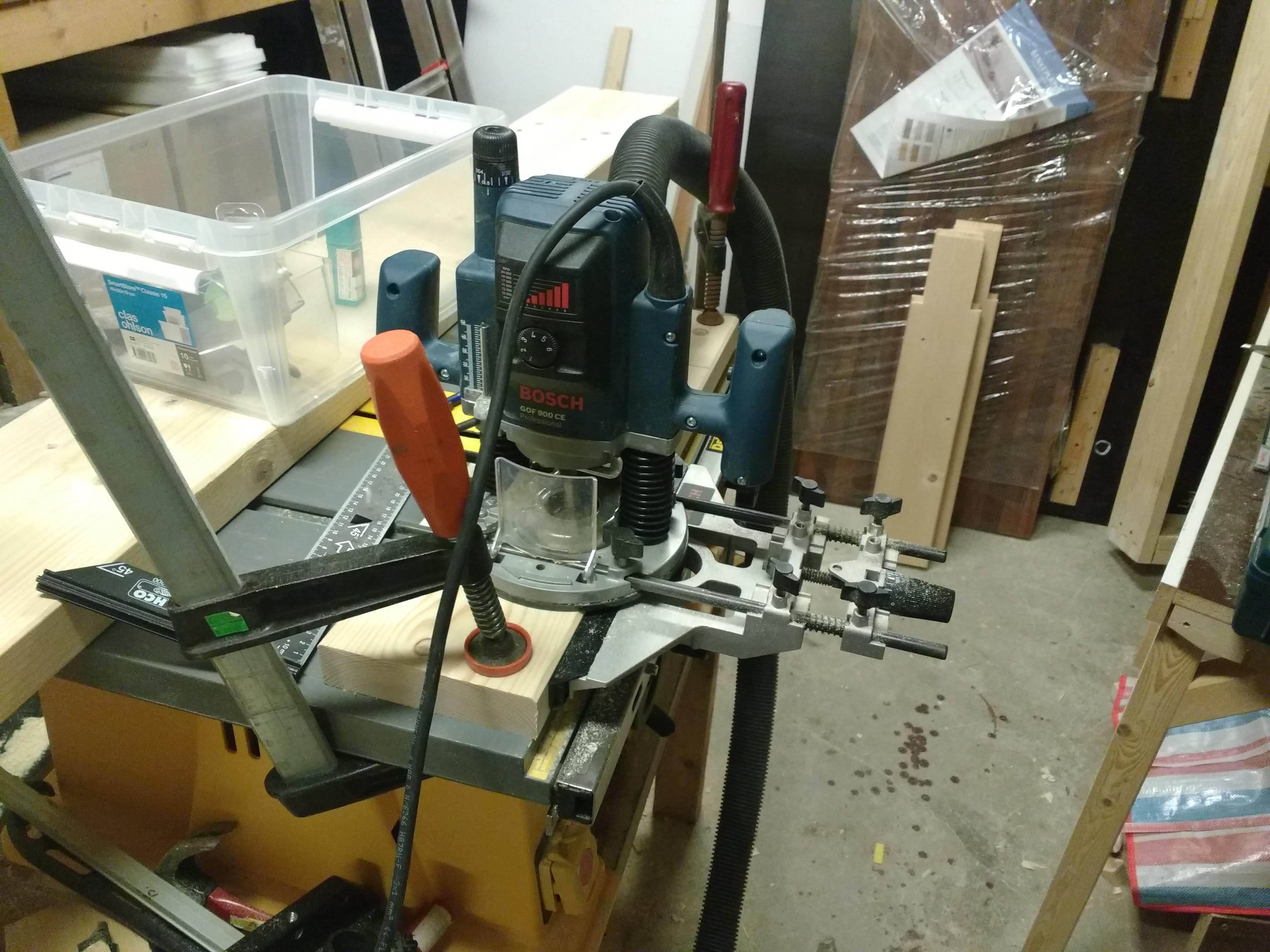 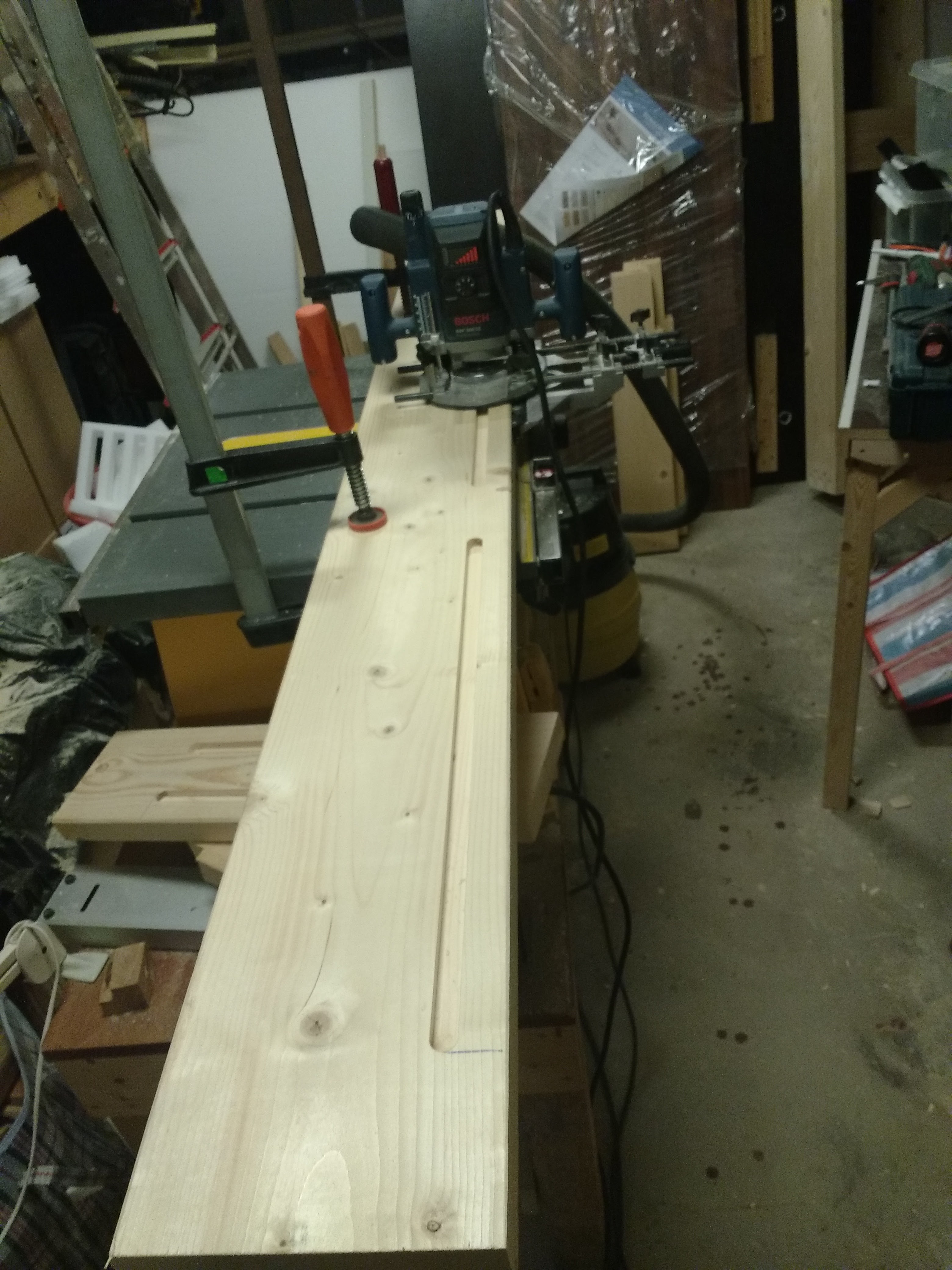 Now i need ed to cut the second groove. the first one was for the led strip and the second is for frosted polycarbonate to have infront of the LED strip. A mock up is shown below: 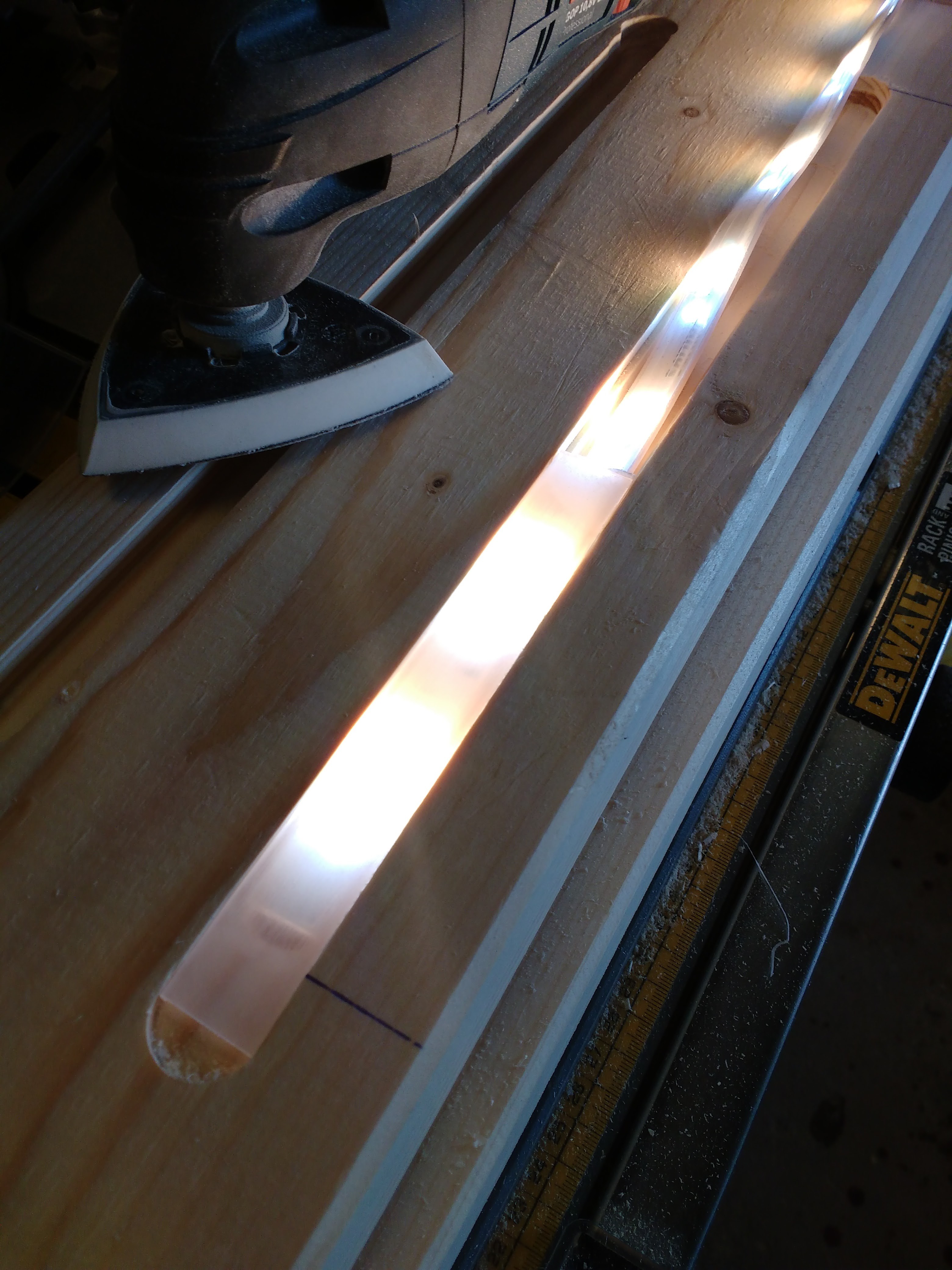 on the end of the LED strip there is an controller. I wanted this to be hidden so that the downlight was fully integrated into the shelf. I therefor started to make a pocket that could house the controller. 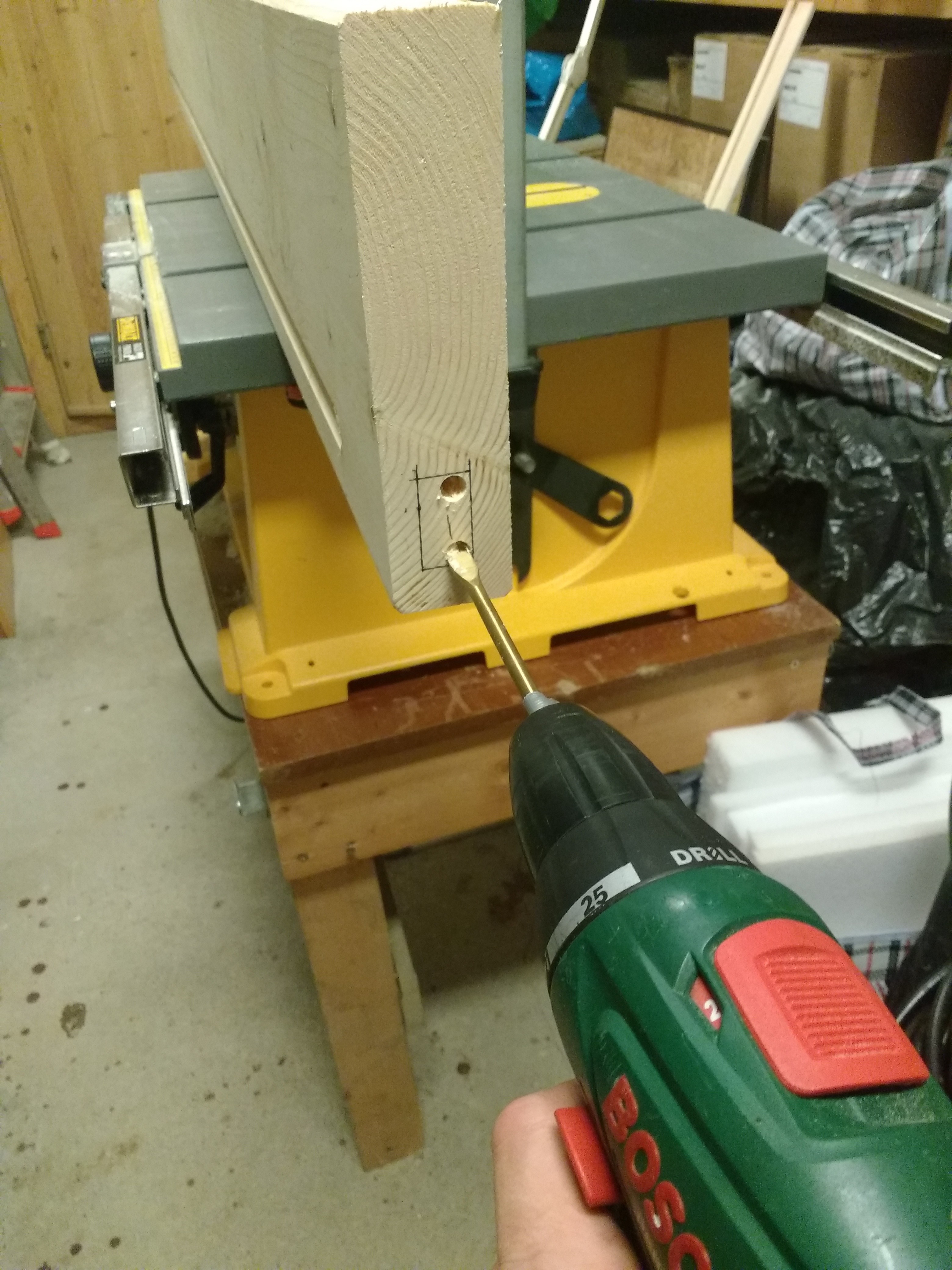 I measured how big the pocket needed to be and drilled multiple holes to make it easier to use the chisel. 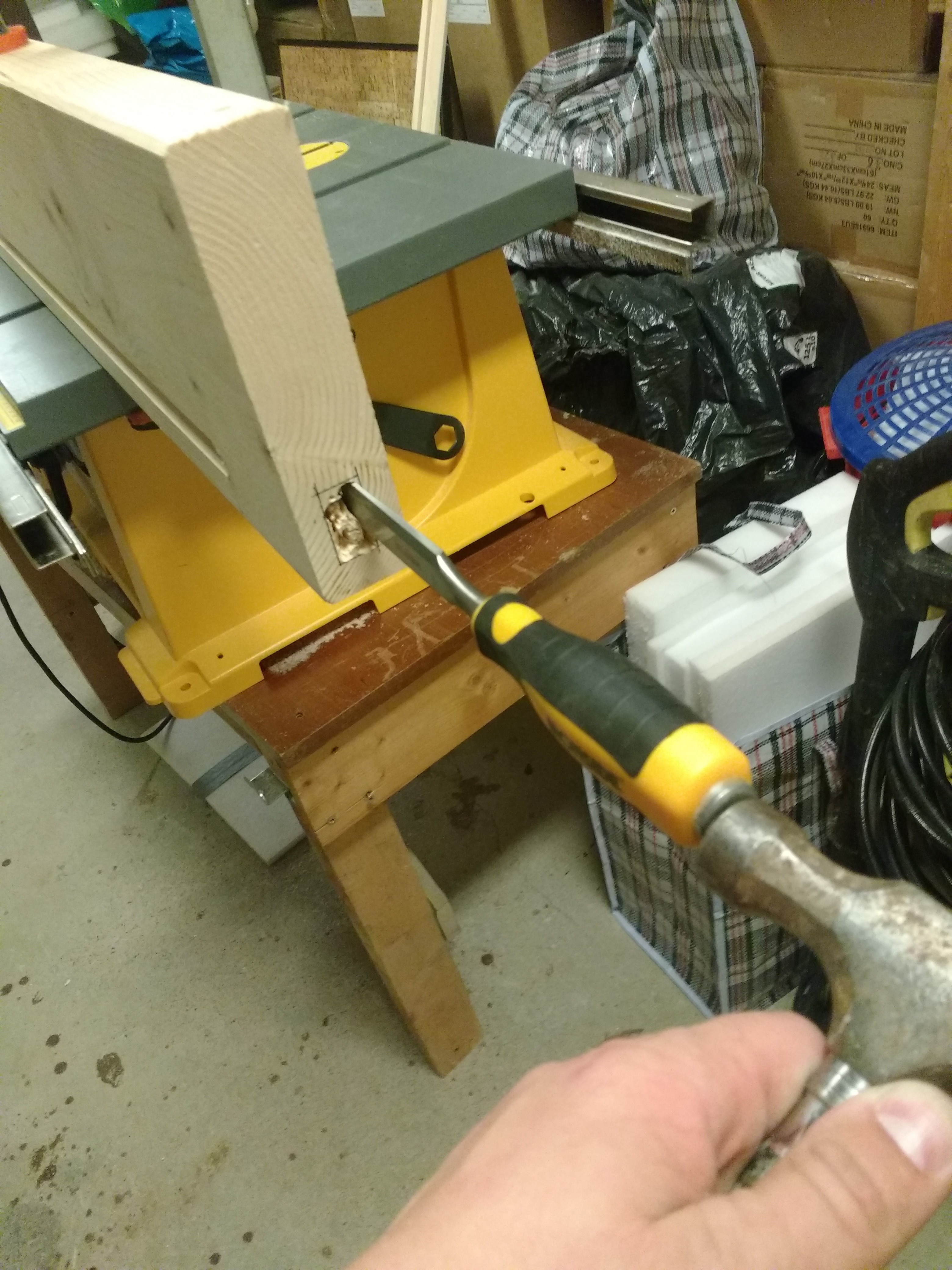 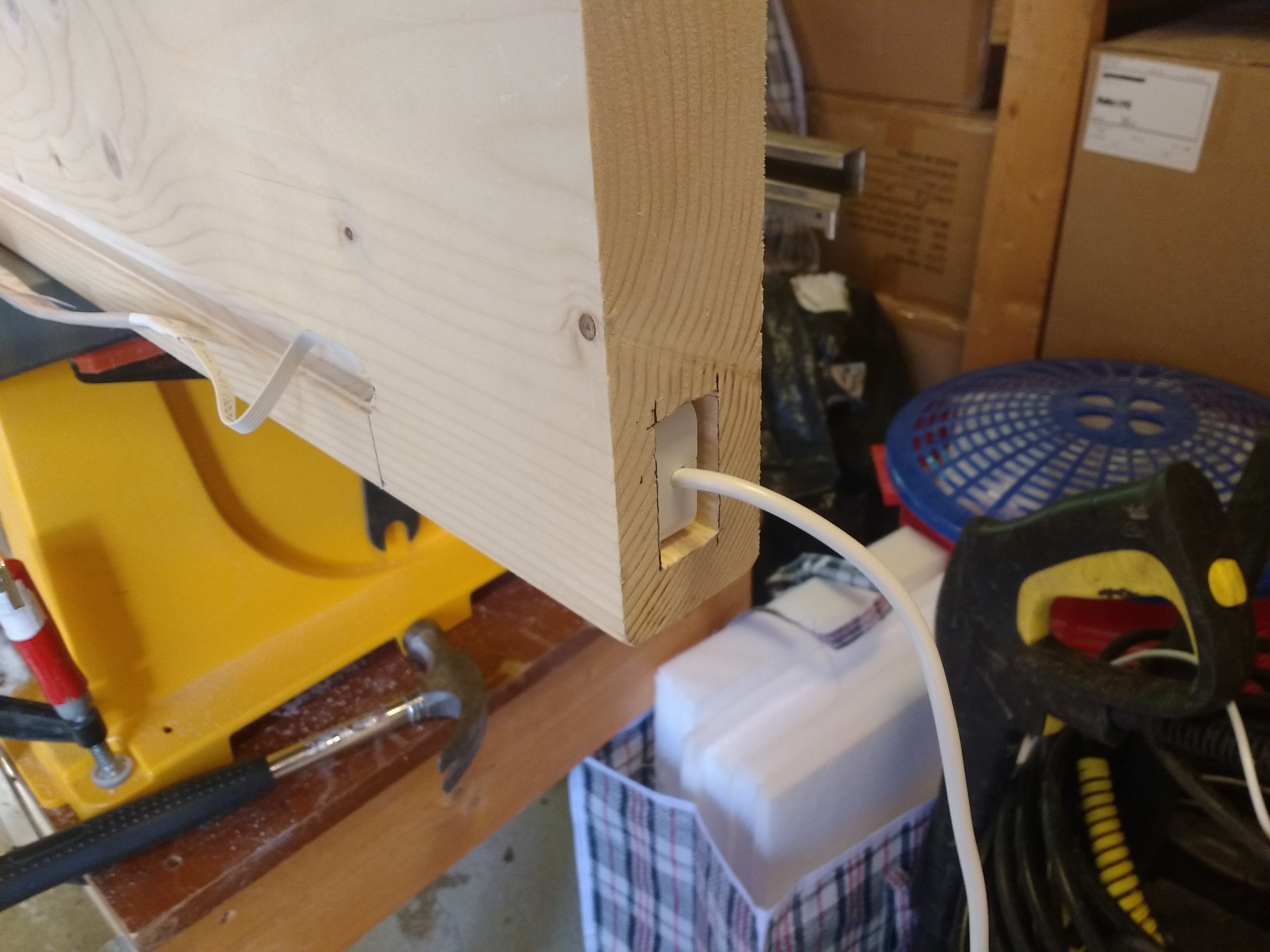 I then needed to drill a hole into the pocket so that i could route the power cable to the back of the table. 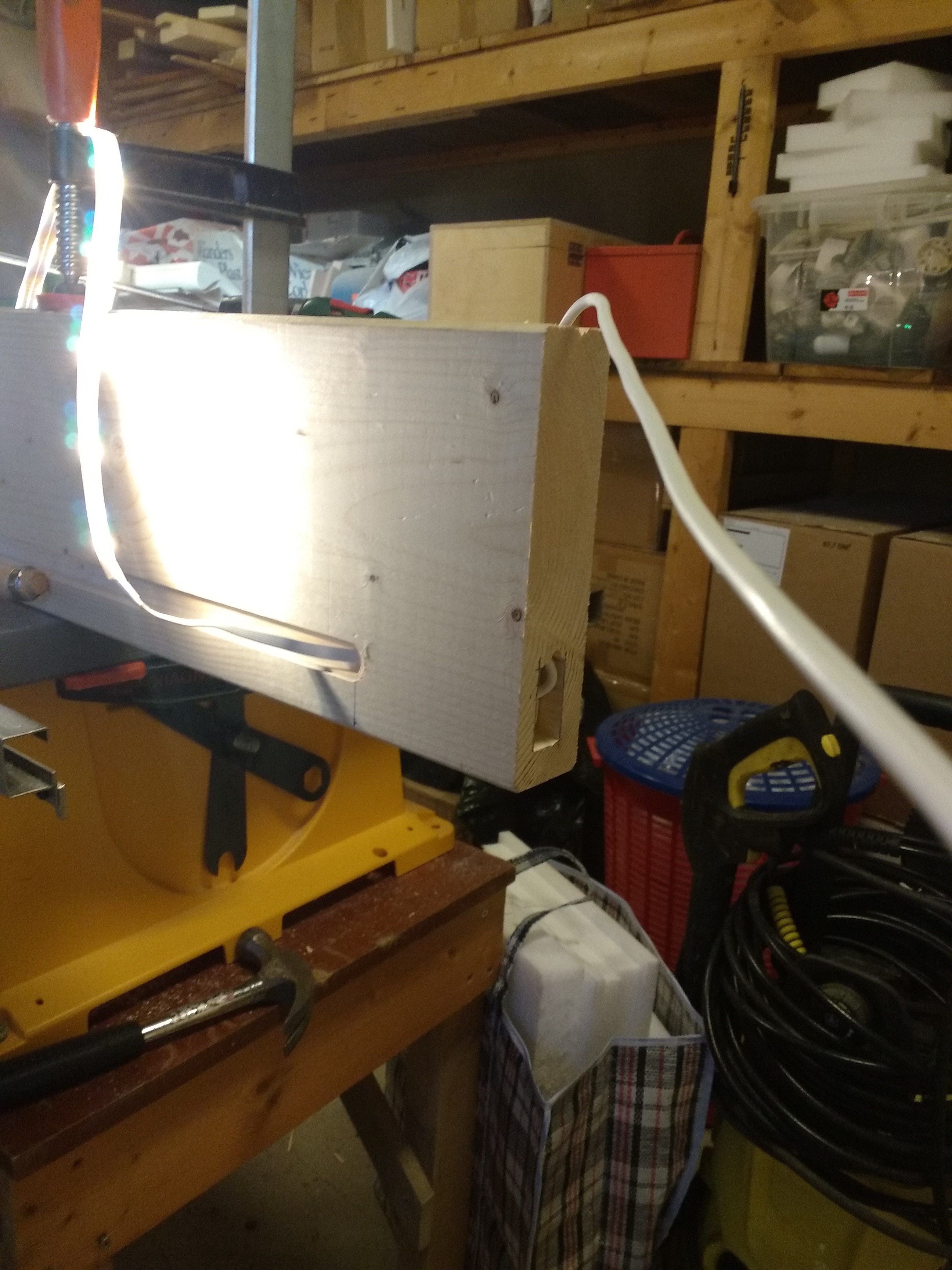 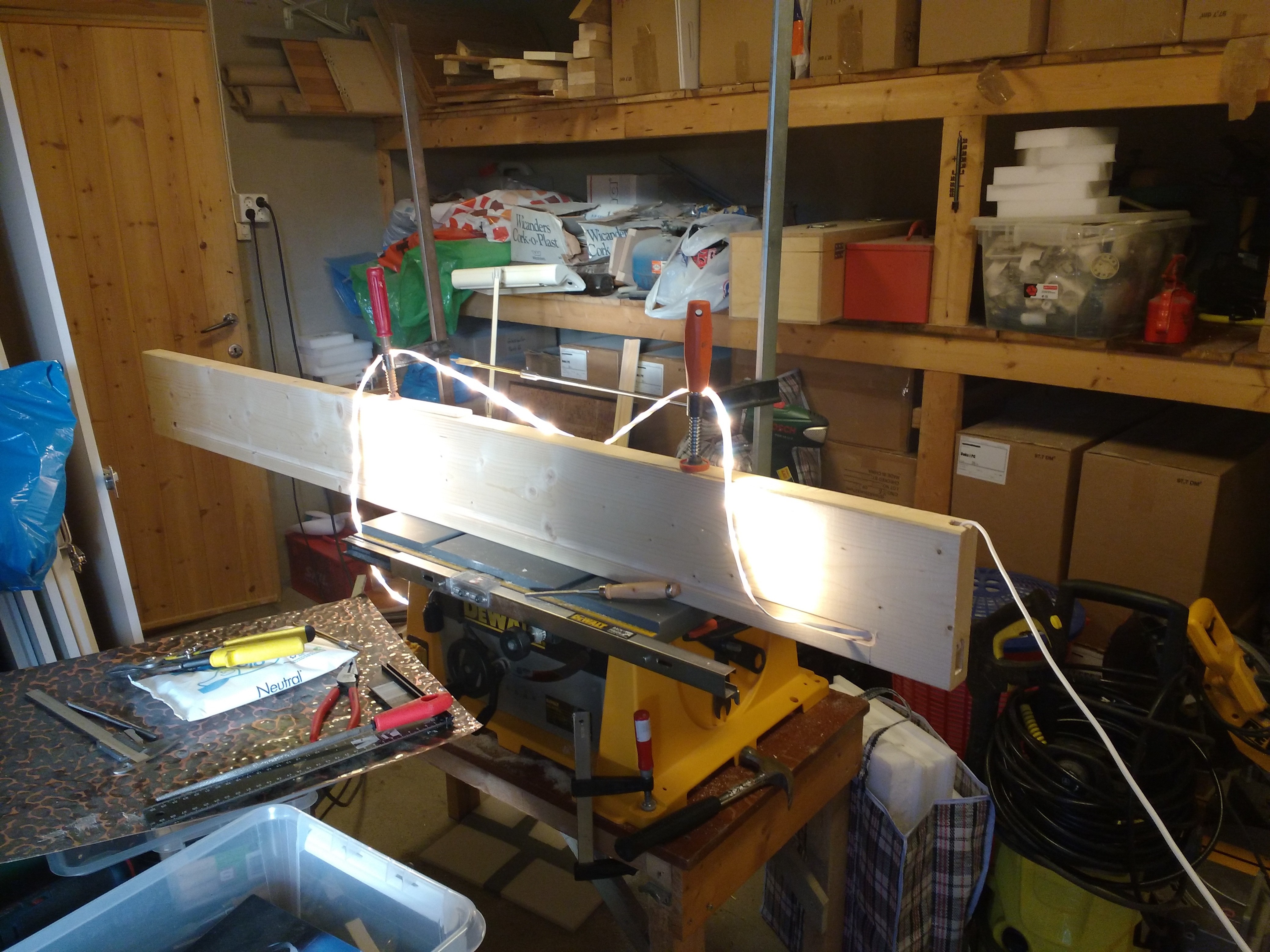 I made a smal hole connecting the groove and the pockethole together so that the LED strip and the controller could be connected. Now I just need to make a coverplate. I made out of copper and grinded it to make it a bit more pleasant looking. 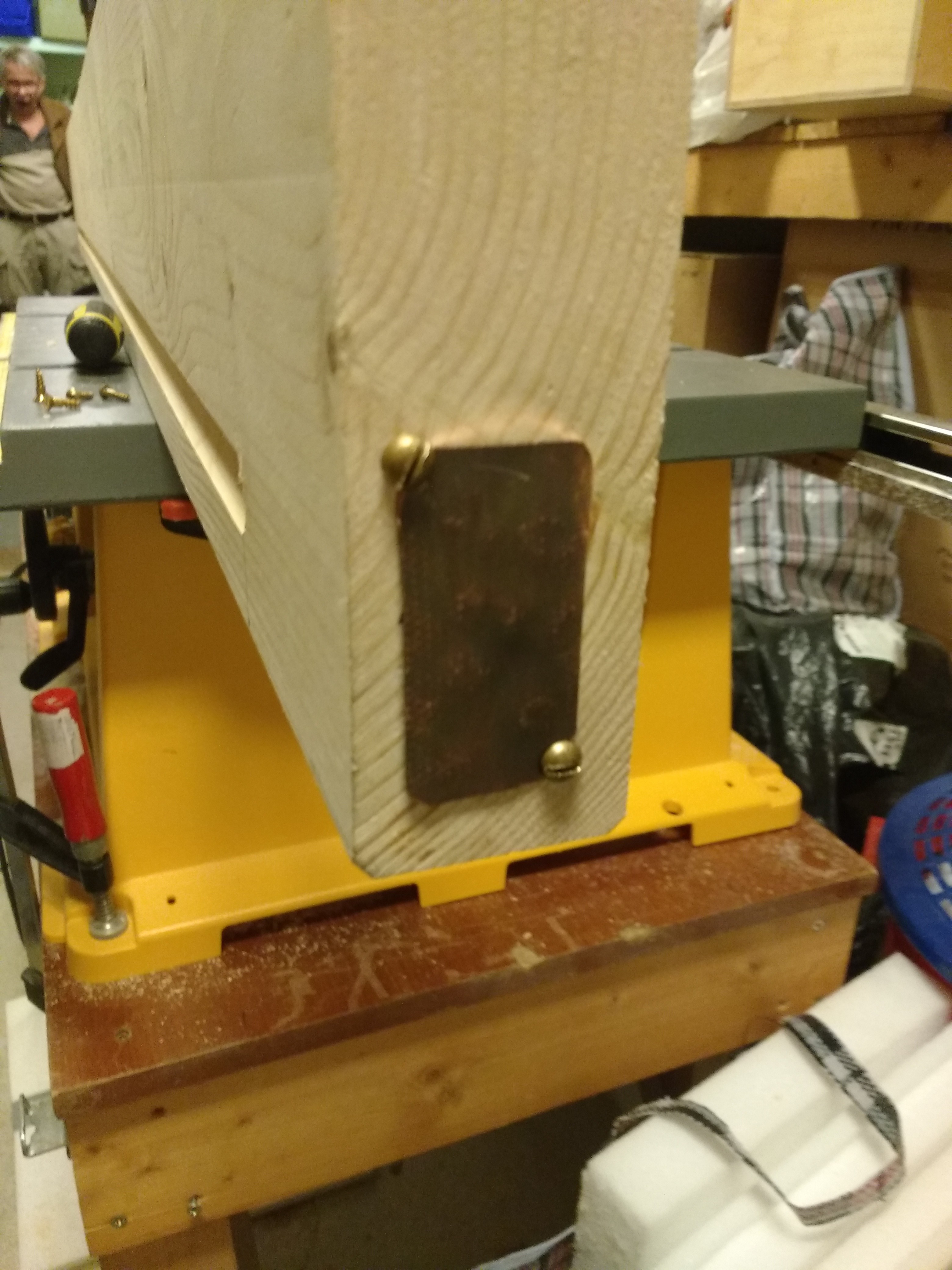 Tada! Coverplate completed. (sort of, I am going to make it look nicer later when its not so late). Tomorow I will try to join the two planks and make finger joints.