Hats that identify their physical layout and perform accordingly

This is a set of LED Marquee Hats which are able to automatically determine their order. They do so by pinging their surroundings with Infrared LED and IR receiver pairs.

This network allows for collection of data and assignment of tasks based on relative location.

Each node of the Self Ordering Hat Network will consist of a hat with a microcontroller which drives the LED display, and monitors four IR trancievers (one on each side of the hat). There will also be an auxiliary connection for a Bluetooth, WiFi, or other module. 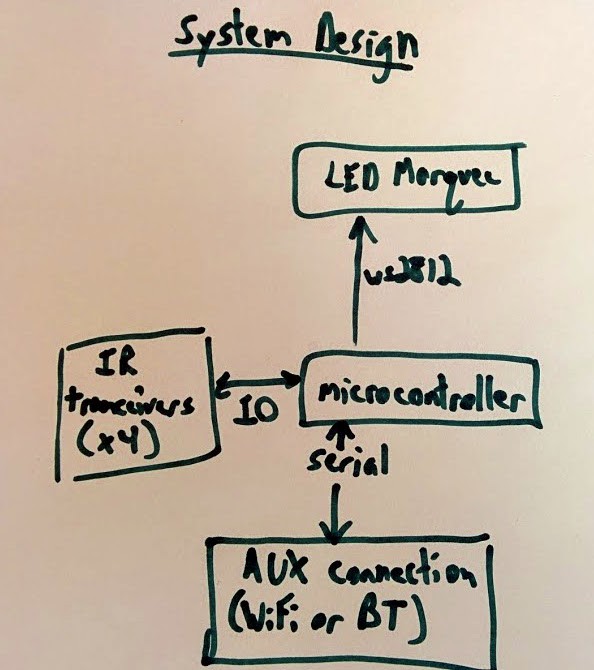 I recorded a video overview of how the Self Ordering Hat Network will function:

I love it! Its simple, funny as hell, and definitely the engineer thing to do

Thanks, I still haven't actually built it but it's on my to do list!

Mike Szczys wrote 07/23/2014 at 19:00 • point
This is the entry I'm using to film the demonstration videos which I hope to post this week (click here to enter officially, fill in this info to meet the requirements, etc.). I'm not actually eligible to win anything though.

Neil Jansen wrote 07/10/2014 at 20:15 • point
Epic idea for a project! I've always had a problem with my LED marquee hats getting out of order. I would have jumped right to GPS, Mag, IRS, and Kalman filter, but this is much simpler! I was going to make a pun at this point about my hats being off to you but...