Road stud based on 555 timer

road stud using NE555 timer, the idea is to have a road stud that has to lights, one green to show that the driver is in the right direction

road stud using NE555 timer, the idea is to have a road stud that has tow LEDs, one green to show that the driver is in the right direction, the other one is red for the wrong direction.
The final prototype will have a small solar panel and a BMS to charge the battery. The LDR (from version 1) can be then removed and use the solar panel to check weather is it day or night. 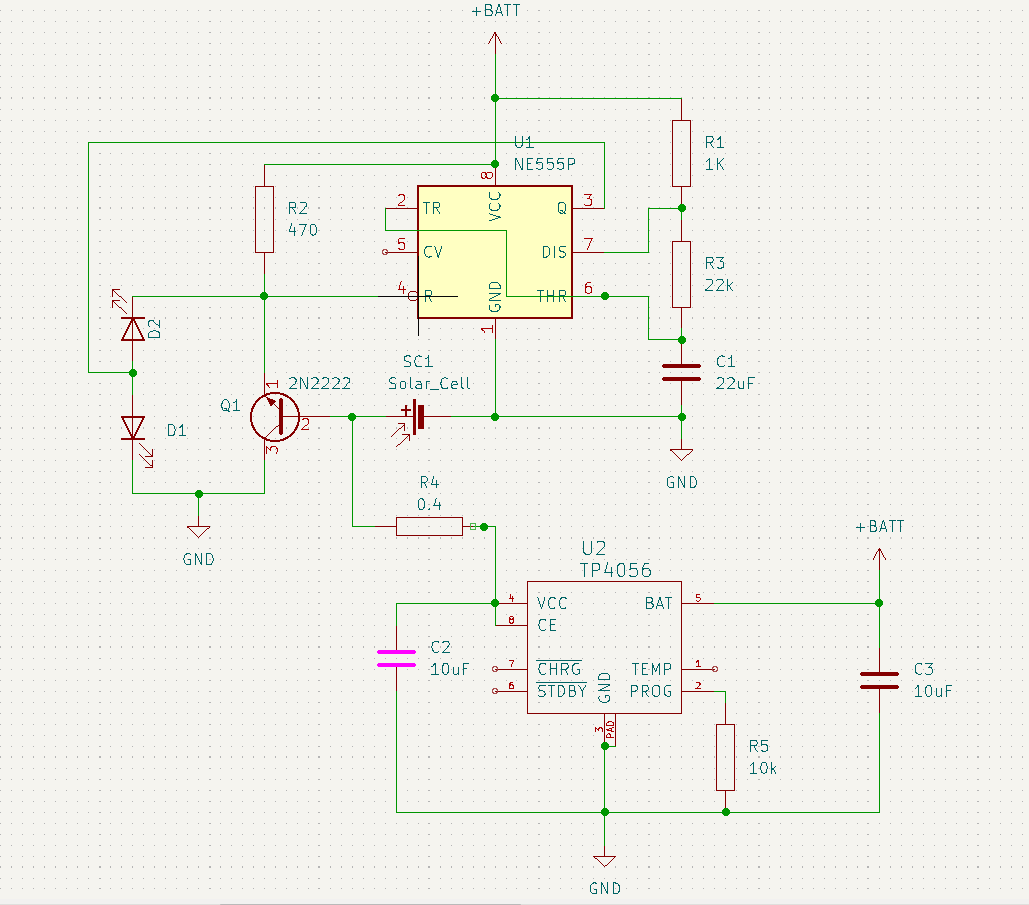 In this project I used a 555 timer to create a road stud lights. the circuit contains on Ne555p timer, two LEDs, capacitor and some resistors. Also, I used a small solar panel to charge the battery and to detect whether it is day or night.

To charge the battery, I used the TP4056 ship, and I followed the given circuit example in the datasheet. 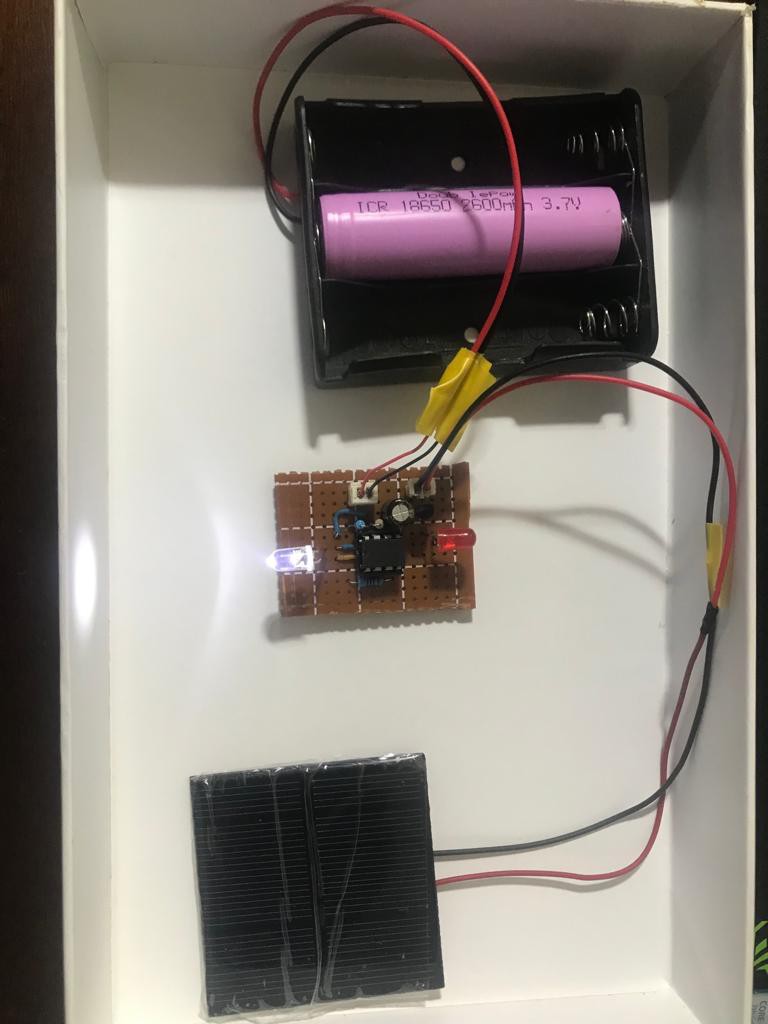 The reset pin of the 555 timer is connected to the positive terminal of the solar cell through a transistor and pulled up using a 470 ohm resistor, in this way, the lights should flash during night, and turned off during day. 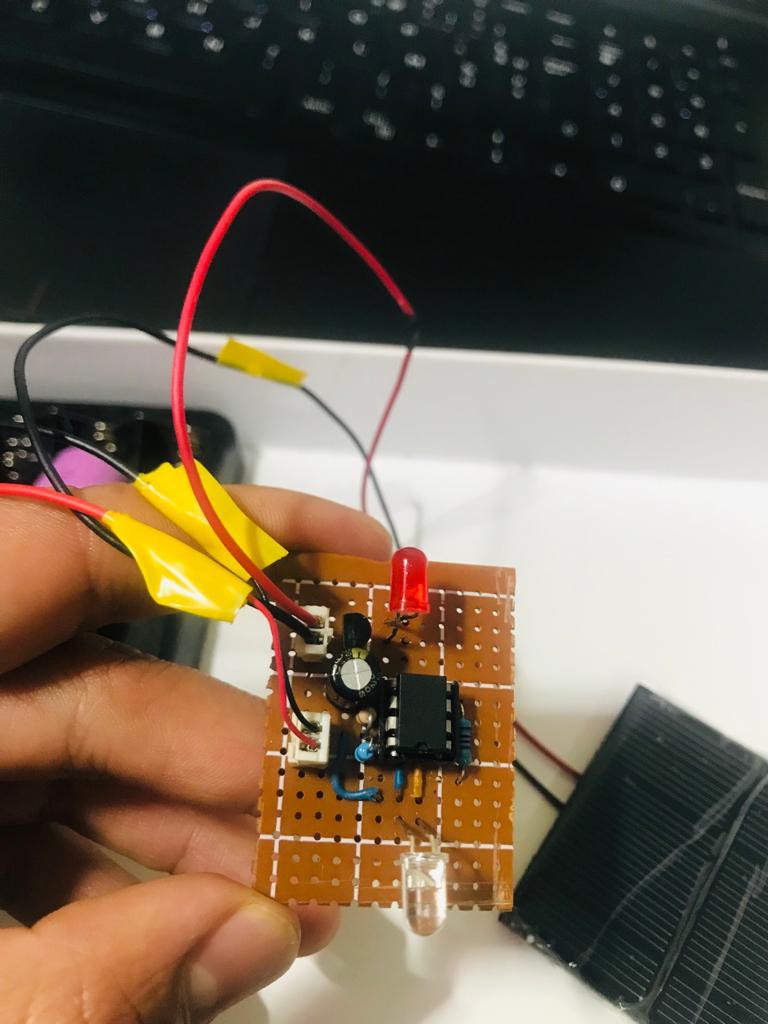 In the next step, I will try to get a small 5V solar panel, and try to create a 3D case for the circuit.