Custom LoRa Base Module with ATMega328P

All of these projects have a common theme, LoRa. They are all meant to be used to transfer data remotely, with LoRa as one of the mediums

LoRa Base Module with ATMEGA328P 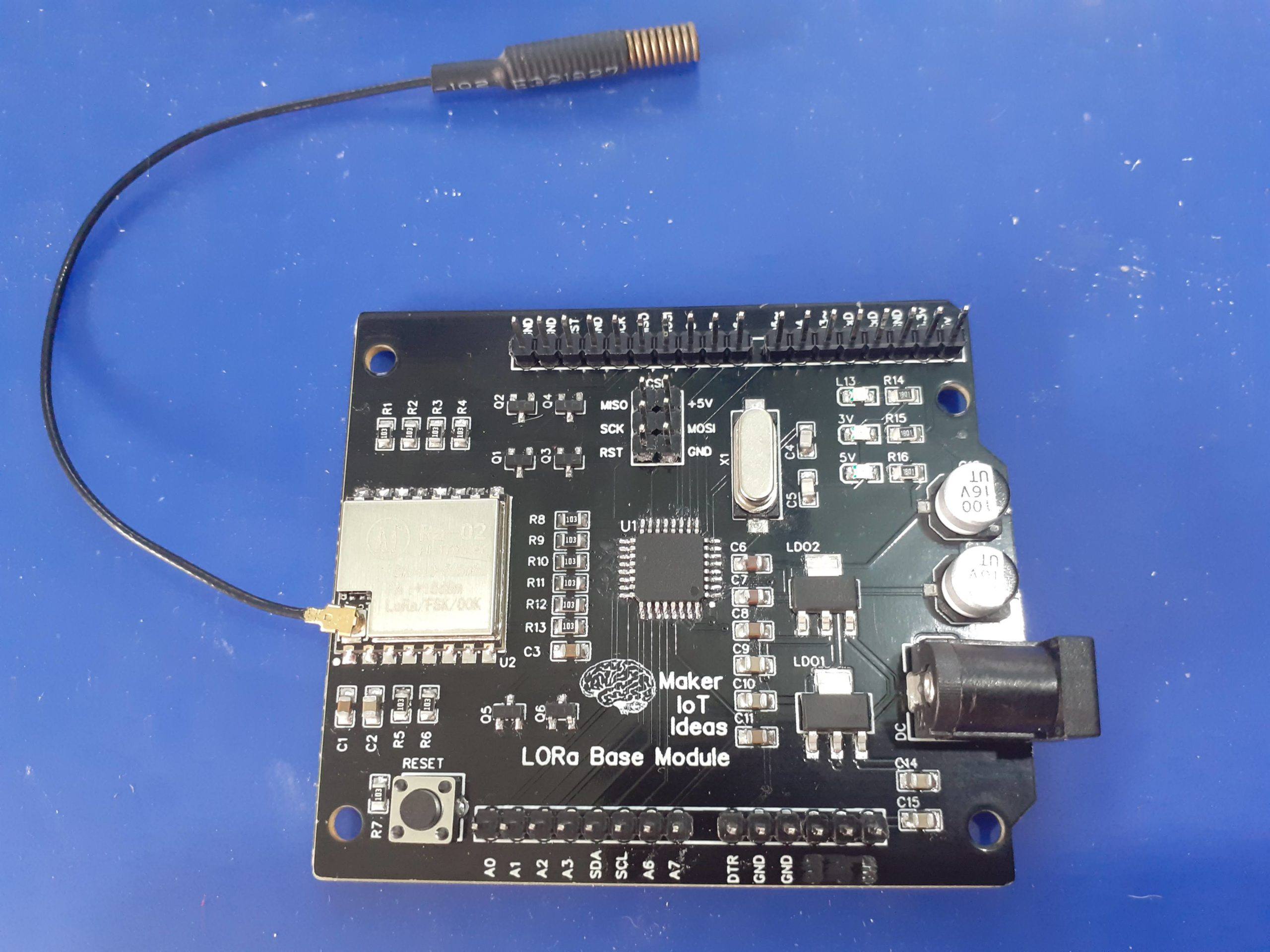 I had a need to build a reliable LoRa device, in order to do some testing regarding range etc, for an upcoming project on a friend’s farm. The device needs to be ultra-cheap to manufacture, as well as little power as possible. To achieve this, I decided on using the RA-02 ( From AI Tinker, not sponsored) as well as an ATMEGA328P, which consumes very little current when put to sleep… ( The radio will be on standby the whole time though..)

Building this with a standard Arduino, or another ATMEGA powered development board can be quite messy ( as the picture below shows… )

A standard Arduino will be even worse, as you need level conversion on the SPI pins, due to the fact that the RA-02 is a 3.3v device, with the GPIO, not being 5v tolerant (Yes, this is true, some other posts on Youtube and similar conveniently leave out this very important little caveat… )

This problem thus warranted a dedicated custom PCB, to be designed in stages, and thoroughly tested of course… And while doing that, I needed to design something that was modular and useable.

I came up with the following design, as a stage one prototype:

The PCB is basically an Arduino Nano style PCB ( as far as IO is concerned ), with level conversion on the SPI lines ( SCK, MISO, MOSI, SS) as well as a Lora reset and IRQ pin ( which will be essential to wake up the processor later ).

As the prototype will mostly be used in the lab, with some outdoor tests later, provision was not made for battery charging circuitry. Two LDO regulators, 5v and 3.3v provide power to the ATMEGA328P and RA-02 from a DC input of 7.5 to 12v.

All unused GPIO’s are broken out onto headers.

Code can be uploaded to the MCU via ICSP or a USB-to-serial converter, as I did not add those on board, to save space and power later.

Control Pins are as follows:

The Schematic diagram are listed below

The board is compatible with the LoRa library from Sandeep Mistry. Other libraries may work as well but were not tested yet.

A very basic test sketch follows below:
Note that this sketch does not have any power-saving. It is purely used to do a very basic radio test…
More detailed code will be released in later stages of the project ( more on that later )

This is a very uncomplicated IO Shield, to use together with our LoRa Base Module.
Project Owner Contributor

IO Shield for LoRa Base Module

A short show and tell on giving an old toy car new life by changing all the circuitry on the inside.
Project Owner Contributor