On April 12th, I conducted an outdoors technology test. The purpose was to run through all the steps of setting up the experiment outdoors. The reason was to see what roadbumps occurred and why, in order for subsequent tests to be easier. 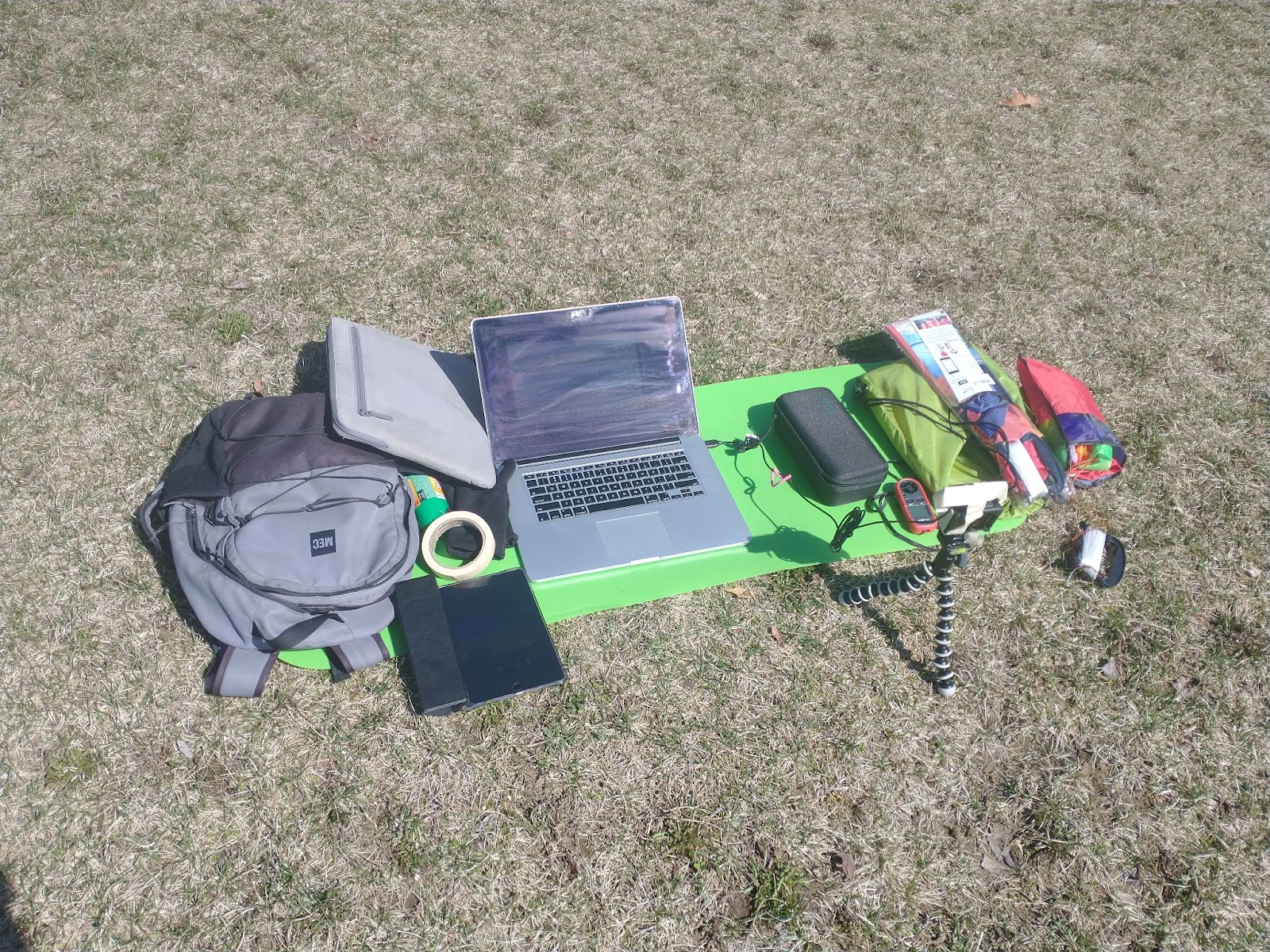 In the setup there is a green magic carpet to place all the equipment on, including an anemometer, laptop, mini tripod, camera, usb webcam, and two backpacks with additional items (such as bug spray). The laptop is running the KiteView software. 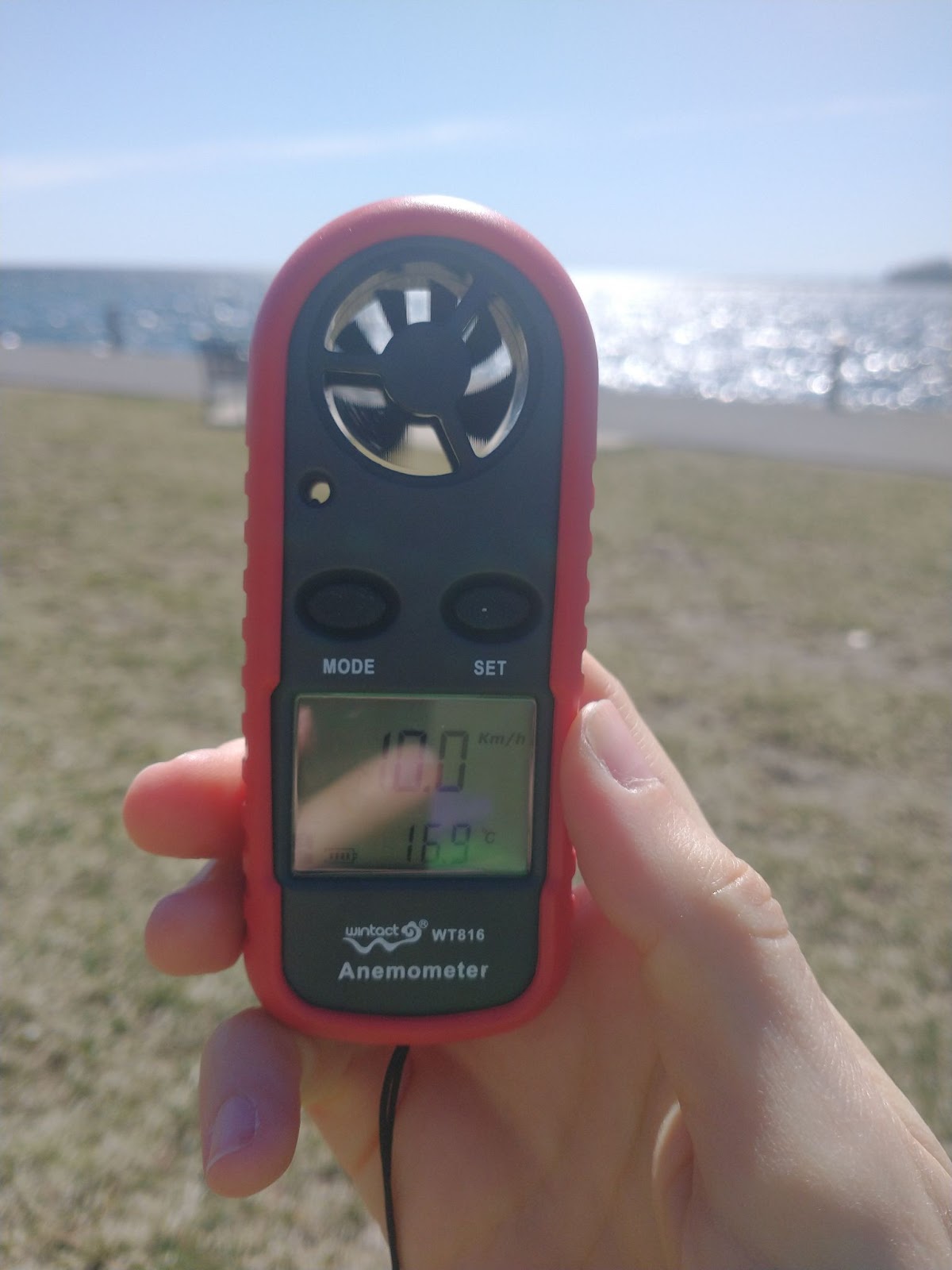 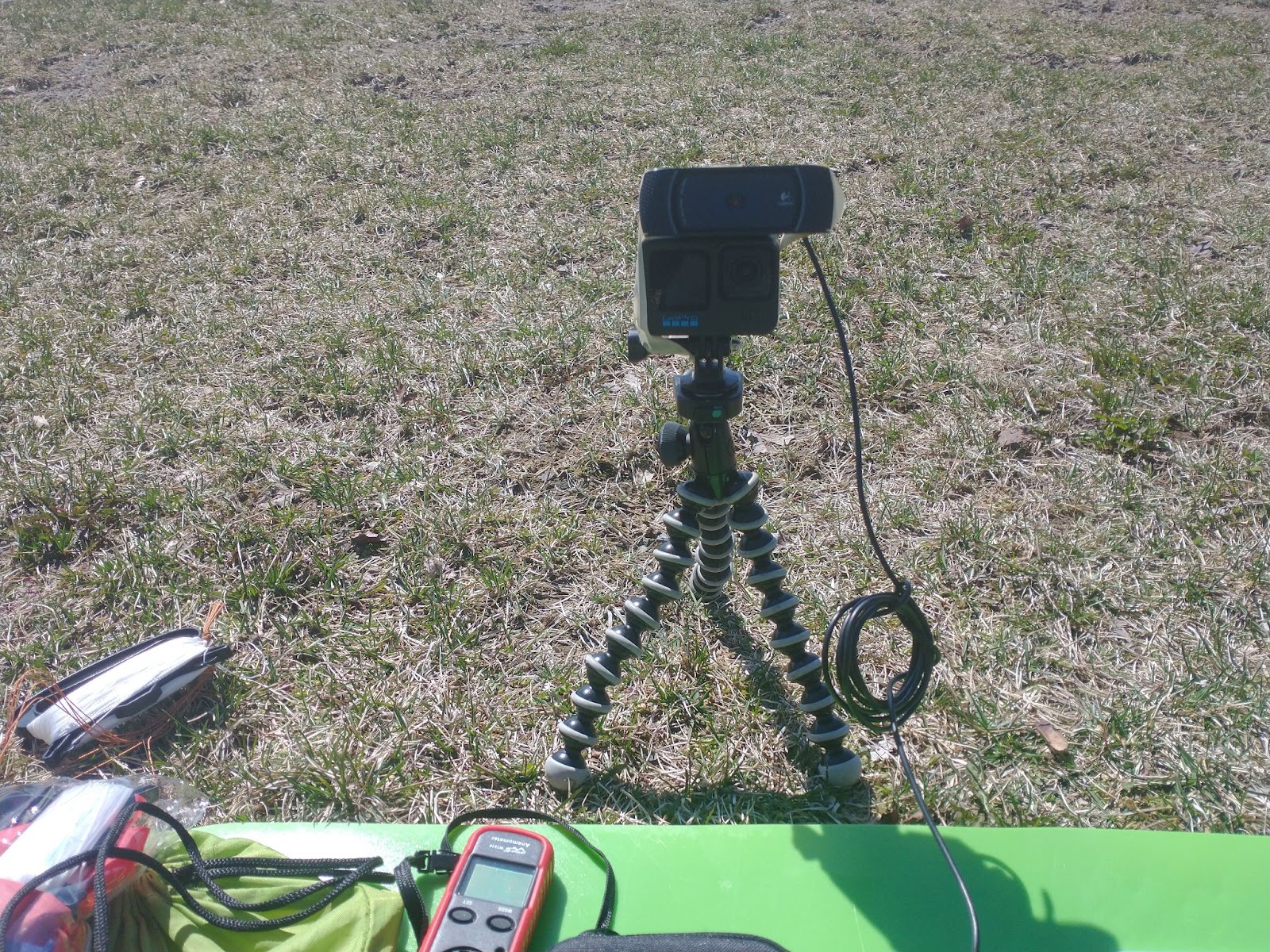 Pairing the usb webcam and camera on the mini tripod together with tape.

The first lesson learned was really key, and this will be added to future outdoors tests.

The footage captured from this test was used to test KiteView software further and develop the kite tracking code. 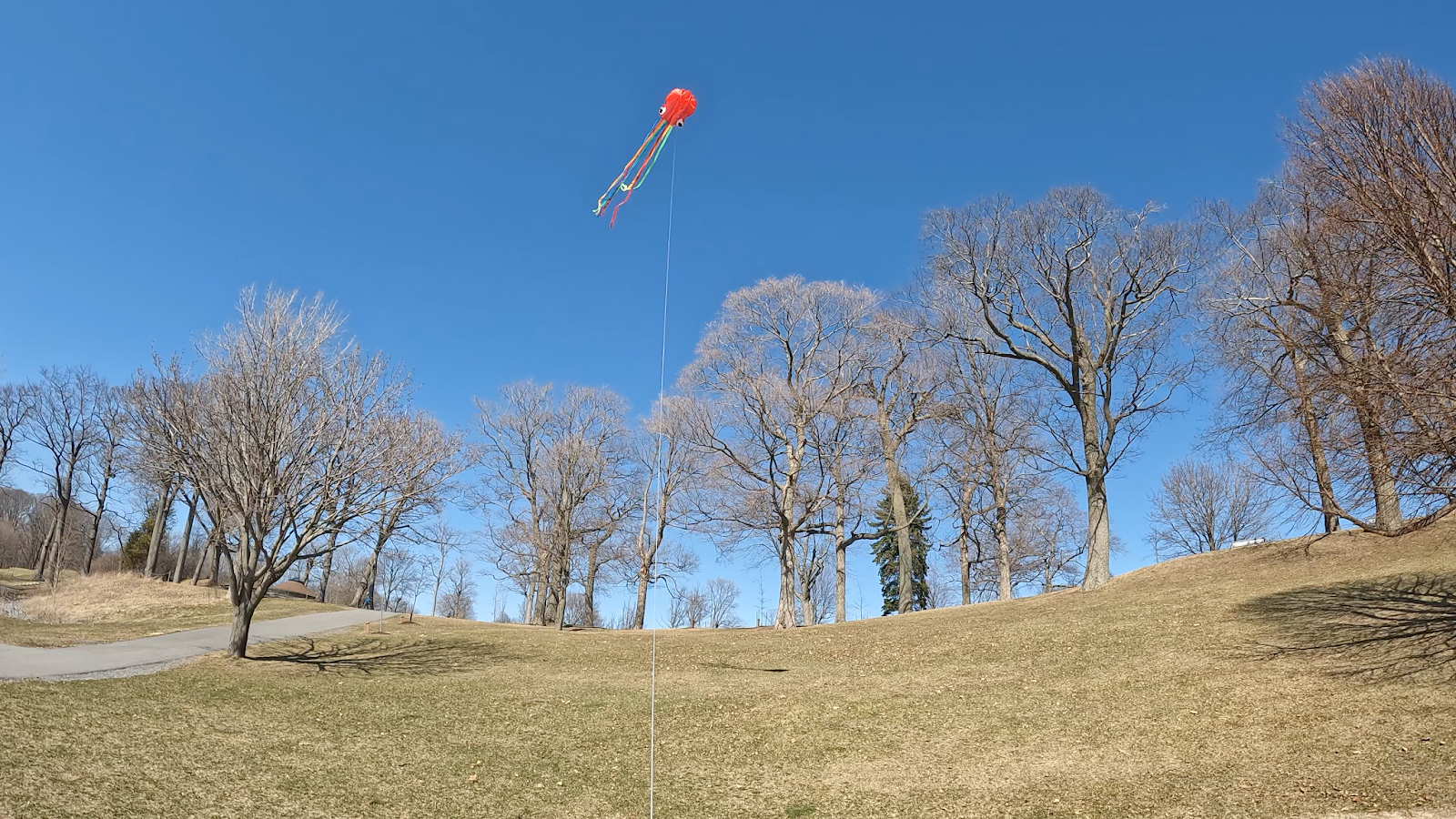