On April 20th an outdoors field test was conducted to test the most recent KiteView software and gather information about the kite.

To jump right in, the kite got stuck in a tree, then freed itself — and our software tracked it all!

When the tail is stuck on the tree and the kite re-appears from out of frame, the code picks up the track again as it was lost for a given time. This proved that the feature worked in the field.

We had a good flight with the software tracking multiple figure 8’s of the kite! 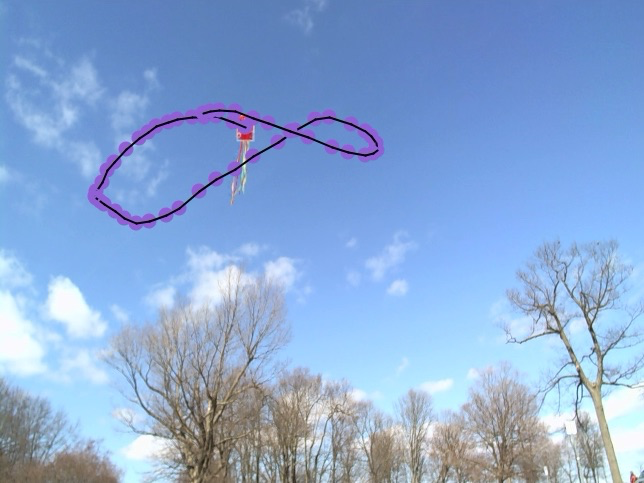 The key lessons learned were:

Here was the setup of the test: The final camera angle for the software: At that angle, here’s what the view looked like: 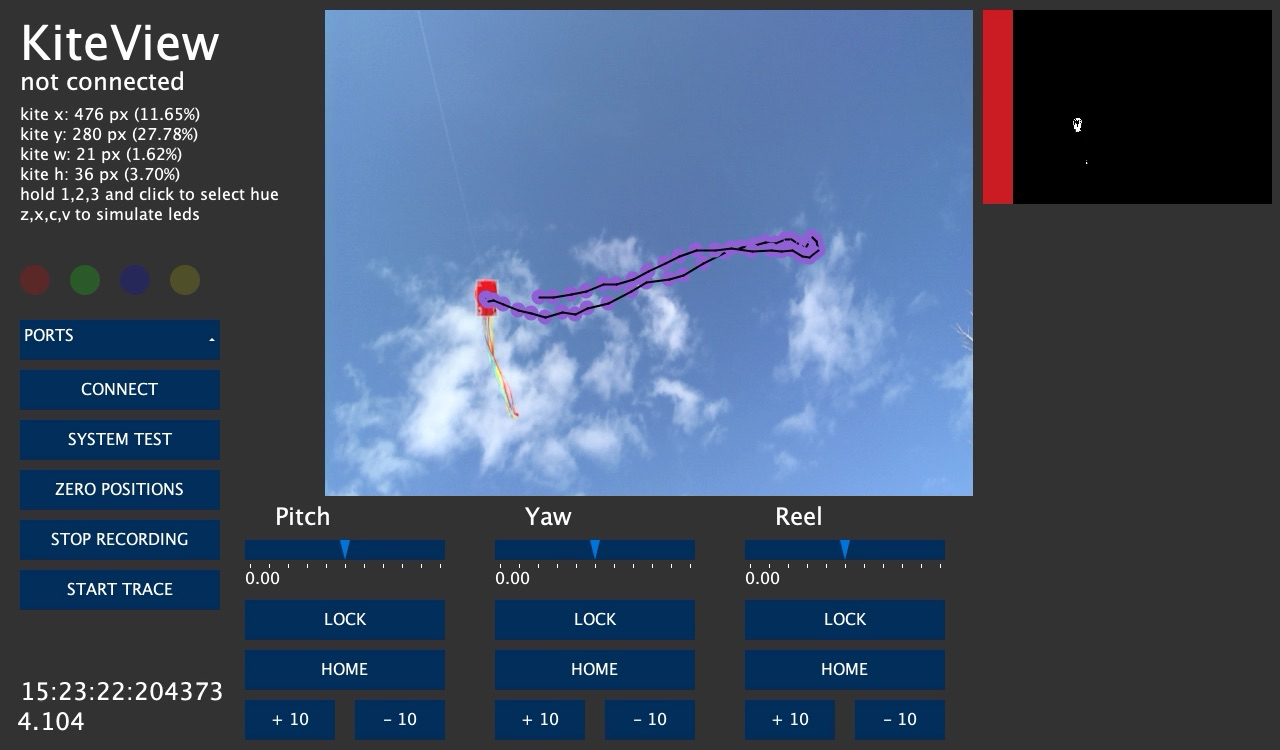 During the test, a “decent” length of line was determined. To do so, the kite was reeled in and out until it reached the desired stability. Tape was used to mark the location on the line, which was later measured. This was determined on these factors:

The length of the line is 11.3 m. This will be rounded up to 12 m for future tests that involve a new line.

Properties of the kite:

The aspect ratio being 1:1 will prove interesting in the physics model. Kites with a high aspect ratio, that is wider than long, can be difficult to stabilize. Whereas kites with a low aspect ratio, longer than wide, are very stable but have a high sink rate. Source 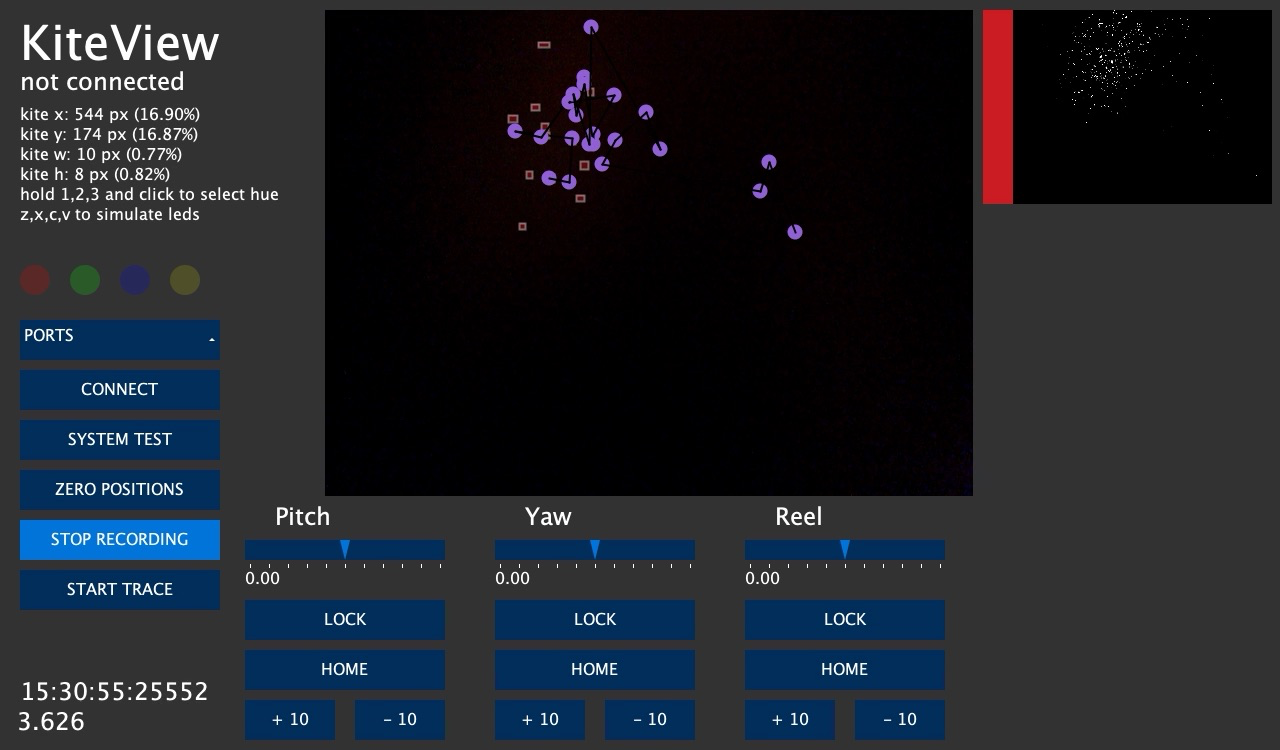 Near the end of the test, a strange error was encountered. The camera view was completely black, yet there were tracks happening. The source of the error was not able to be found while in the field. It was getting cold. Upon return to the lab, after charging the laptop and plugging in the camera, everything worked as expected.

With the information gathered from this test, it will help to inform a physics model, as well as making more improvements to the software.