After the IRQ post, I started looking for the shortest path to get something simple to work. The idea is to bring up something small, an embryonic version of the project. Iteratively, I then keep growing this small system until I end up with a system that meets the goals. After each iteration, the project should be functioning somewhat better than it was before. 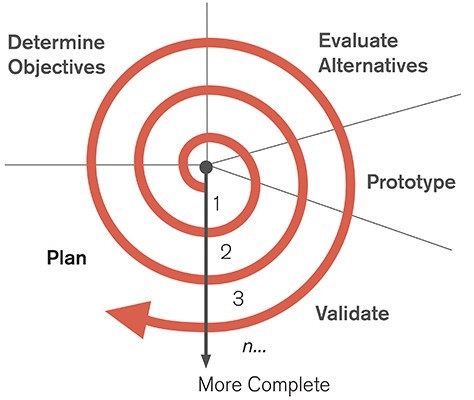 Halfway through the first iteration, I realized I needed to figure out my git workflow, or I wouldn’t be able to commit and push my work. Hence, the previous post.

Now, back to taking that first step: I want to bring up the RISCV processor and run a test program on it that can print to the serial port. In other words, I want to run a ‘Hello World!’ program on my Arty A7-35T. Doing so will give us access to print-style debugging, which is sure to come in handy down the road.

To get to ‘Hello World’, I need to put together a tiny system consisting of the following cores:

The Ibex repository includes an example system, called Simple System, that’s similar to the initial system I have in mind, but it does not include a Wishbone interconnect. It shouldn’t be too hard to add a Wishbone interface to Ibex myself, but first I should take a look around to see if a Wishbone-for-Ibex solution already exists. Lo and behold it does:

The ibex_wb/soc/fpga/ directory has an SoC build for Cyclone V, the Arty A7-100T, and the Nexys4-DDR. I added an arty-a7-35/ subdirectory, using the Nexys4-DDR SoC code as a starting point.

This ibex_wb SoC is pretty much a perfect match for the initial system I had in mind. How convenient!

The software is located in the ibex_wb/soc/fpga/arty-a7-35/sw/ directory:

ibex_wb/soc/fpga/arty-a7-35/sw/examples/hello/ contains a simple Makefile to build the software and generate a hello.mem file. hello.mem holds the initial contents of the internal memory of the SoC. The file’s contents are included in the FPGA bitstream.

The same directory also contains a linker script, link.ld, that specifies how much memory is available, and where all the code, data, and stack should go:

ORIGIN should be set to match the CPU’s boot vector. On the FPGA side, the boot vector is specified during CPU core instantiation. I currently have it set to 0 in ibex_soc.sv:

The original ibex_wb repository appears to be dormant or abandoned in an unpolished state. There’s no documentation, Makefile, or other type of project file that specifies how the SoC should be synthesized. Luckily, SystemVerilog is fairly self-describing. Once you’ve found the top-level, usually a file with the word top in it, it’s a matter of recursively adding referenced modules until all references have been resolved. Easy enough. I added all files in a Vivado project file. It’s checked in here:

Simulating and Running the SoC

Initially, nothing worked, of course. There are always bugs. There were bugs in the link.ld script, in the Vivado constraints file, in the top-level file ibex_soc.sv… I even managed to make a mistake in the simple hello.c test code. Guess what’s wrong with this code:

The problem is that main() returns after printing Hello world. Returning from main() causes the system to restart. As a result, I was only seeing HHHHH… on the serial port. The system was restarting before the rest of (H)ello world made it out to the serial port. As a fix, I added a while() loop after the uart_printf() statement.

I was able to find these issues by loading the design in the Vivado simulator and looking at the waveforms (CPU bus transactions, state of the UART transmit FIFO, etc.). Getting the simulation going was not straightforward either, however. Vivado tripped over the compilation of a .c file, code-generated by Vivado itself. By looking at the references in the failing code, I was able to trace the issue back to a specific SystemVerilog code snippet in the ibex code base. I filed a bug report for it:

In the BoxLambda ibex fork, I disabled that code fragment (the fragment isn’t critical for the execution of the processor) and now the simulation is working fine.

After sorting out the above issues, I can finally load the FPGA bitstream onto my Arty-A7, and I’m greeted by this happy message: 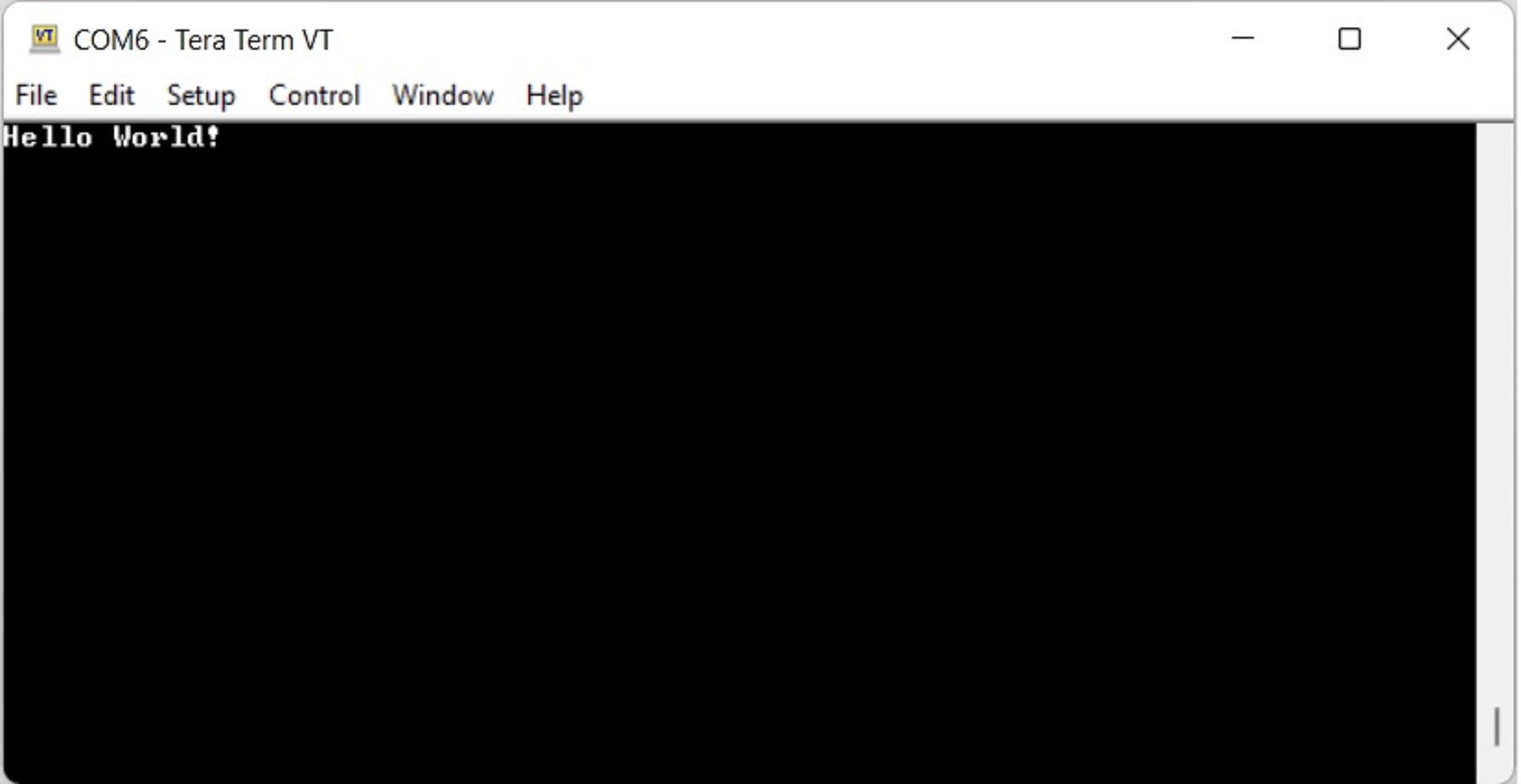 The build is rough around the edges. Vivado reports synthesis and implementation warnings. The .xpr project file is just a blob of files without organization. But I do have a tiny, working project. The first iteration is complete. Feel free to try it out:

As it turns out, my initial Architecture Diagram was more accurate than the correction in the follow-up post. The timer is not internal to the Ibex core. It’s just another core on the Wishbone bus. The same thing goes for the riscv-dbg core. Here’s the updated diagram. I highlighted the changes. 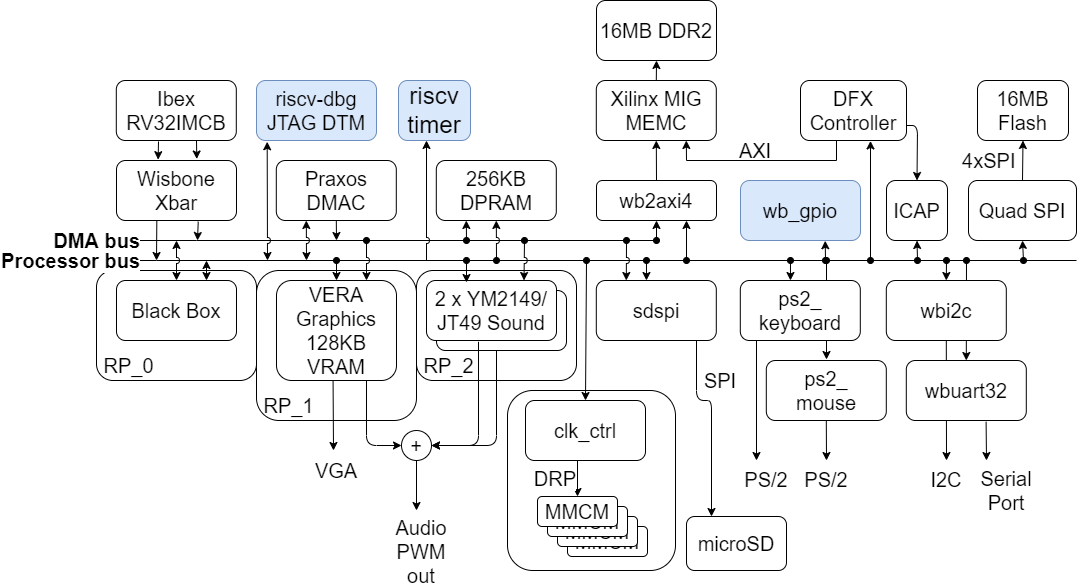 The riscv-dbg core is not a trivial module. It contains quite a bit of logic as well as internal memory. Its footprint needs to be taken into account in the utilization tables. 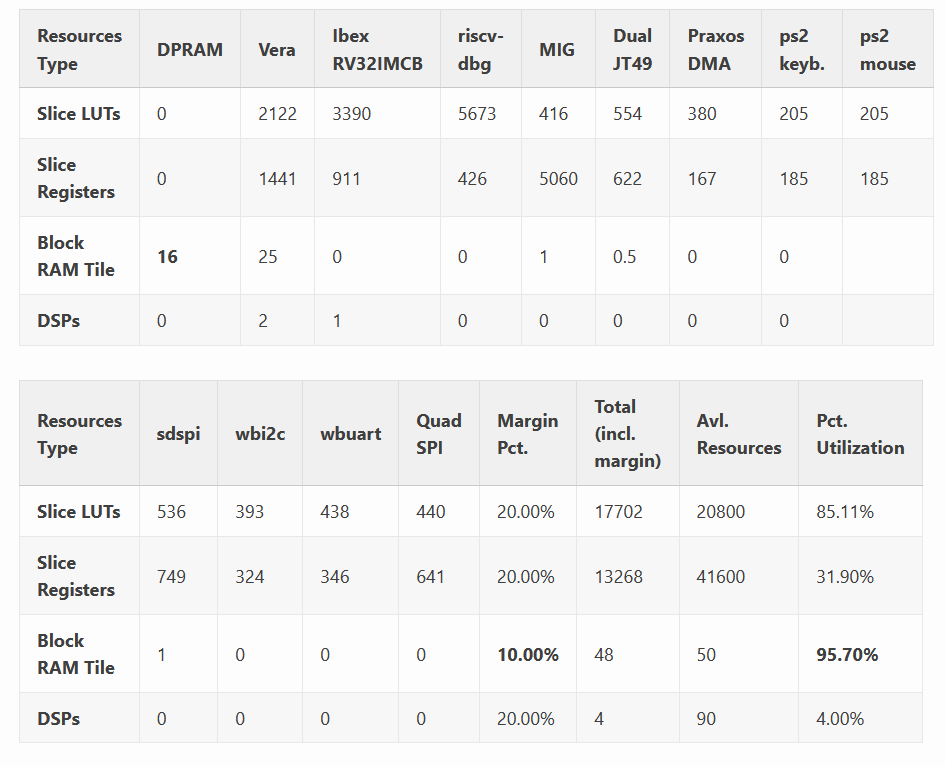 https://opentitan.org/: It doesn’t take a lot of digging to find your way from the Ibex project to OpenTitan. OpenTitan is a very complete ecosystem for RISCV-based SoCs. OpenTitan is using the TileLink bus protocol rather than Wishbone. To be honest, discovering OpenTitan and TileLink triggered a bit of an existential crisis for BoxLambda. Wouldn’t it be better for BoxLambda to use TileLink and OpenTitan as a baseline instead of Wishbone and the collection of components? I eventually decided to stay the course. BoxLambda will hopefully be a long-running project and, now and then, cool new stuff is bound to cross my path. It wouldn’t be good for the project to switch directions every time I come across another interesting project.