I Know A Guy

I have a lot of stories that begin with the phrase, 'I know a guy'. Needless to say, assembly is done:

How did I do it so quickly? I know a guy with a few machines: 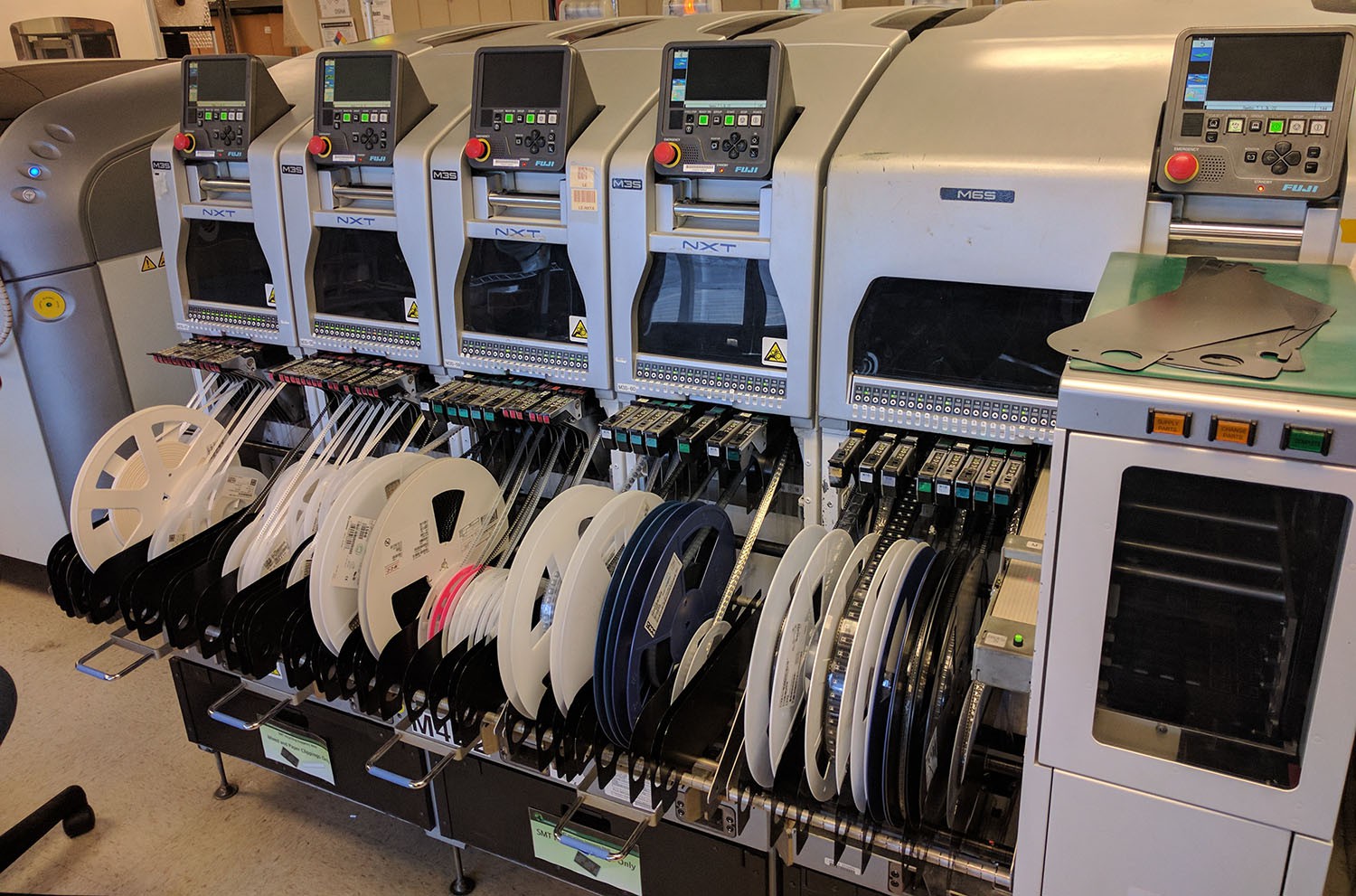 We got about 230 panels -- or 460 'faces' -- done in about four hours. It would have probably gone faster if we weren't drinking beer and eating pizza.

So, why only 460 badges when I initially planned for 500? I'm an idiot. We ran out of buttons. To be fair, the AliExpress listing for the buttons I'm using said each reel would have 1500 buttons. There are seven buttons on each badge, so I needed 3500. Apparently there were only 1000 on each reel. I had some spare, fancy, Panasonic buttons that were amenable to hand-soldering, so I don't think we did that bad.

This was fun as hell, and now I have the badges ready to solder battery holders, program, and ship. This is fun.