Via Nano 33 IoT, use RFID tags as bookmarks to record your ratings. Then, inspect them on Qubitro to grasp and review chapters deliberately.

While reading books or comics, I am fond of recording my ratings on a daily basis to track any surge or plunge in my interest regarding each chapter. Also, I can review books effortlessly by scrutinizing my ratings and notes after completing reading them.

Since I have always logged my ratings on a notebook or a piece of paper, my home library has been deluged with unsolicited paper clusters. Therefore, I decided to create this IoT device to log and monitor my book ratings so as to obviate the need for handwriting.

After perusing book review and classification methods, I decided to employ this device to rate and record six different book characteristics which denote a book's quality and reliability:

For each characteristic above, I defined four different rating points to create a concise and coherent rating system with the collected data:

After defining my rating system, I decided to utilize RFID disk tags to identify books rather than scanning barcodes (ISBNs) with a barcode scanner since I wanted to design unique bookmarks with the RFID disk tags for each book. Therefore, I connected an MFRC522 RFID reader to the Arduino Nano 33 IoT so as to detect UIDs.

To display the rating settings menu, I connected an SH1106 OLED screen to the Nano 33 IoT. Then, I created a simple controller to adjust ratings for each characteristic with joysticks and buttons.

Instead of developing a web application from scratch to log and monitor the mentioned book ratings transferred by the Nano 33 IoT, I decided to utilize the Qubitro portal to build an IoT application. Since Qubitro supports various connectivity methods with different development boards and provides an easy-to-understand interface to visualize the received data packets on the cloud, I did not encounter any issues while building my IoT application for this project.

After completing wiring on a breadboard and testing the code for transferring data packets to the Qubitro application, I designed Batman-themed base and controller PCBs for this project. When I was watching the Batman: The Animated Series recently, I saw a bat-themed library in the Batcave. Since Batman is my favorite comic book character, I thought it would be interesting to design this device as if it is a part of that library in the Batcave.

Lastly, I also designed a complementary Batman-inspired book stand (3D printable) to insert the base and controller PCBs in order to create a robust and stylish device emphasizing the Batman theme gloriously :)

🎁🎨 Huge thanks to PCBWay for sponsoring this project.

🎁🎨 Also, huge thanks to Creality3D for sponsoring a Creality CR-6 SE 3D Printer.

🎁🎨 If you want to purchase some products from Creality3D, you can use my 10% discount coupon (Aktar10) even for their new and most popular printers: CR-10 Smart,CR-30 3DPrintMill,Ender-3 Pro, and Ender-3 V2. You can also use the coupon for Creality filaments.

Step 1: Designing and soldering Batman-themed base and controller PCBs

Before prototyping my Batman-themed base and controller PCB designs, I tested all connections and wiring with the Arduino Nano 33 IoT and the MFRC522 RFID reader. 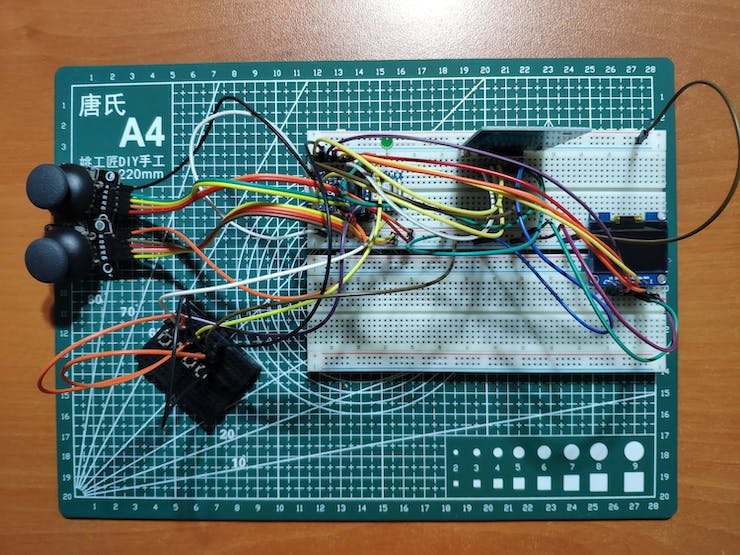 Then, I designed the Batman-themed base and controller PCBs by utilizing KiCad - inspired by the legends of the Dark Knight :) I attached the Gerber files for both PCBs below. Therefore, if you want, you can order my PCB designs from PCBWay to create your RFID-enabled IoT bookmark and reading tracker so as to transfer your book ratings effortlessly to a Qubitro application.

Click here to inspect and order the base and controller PCBs directly on PCBWay. 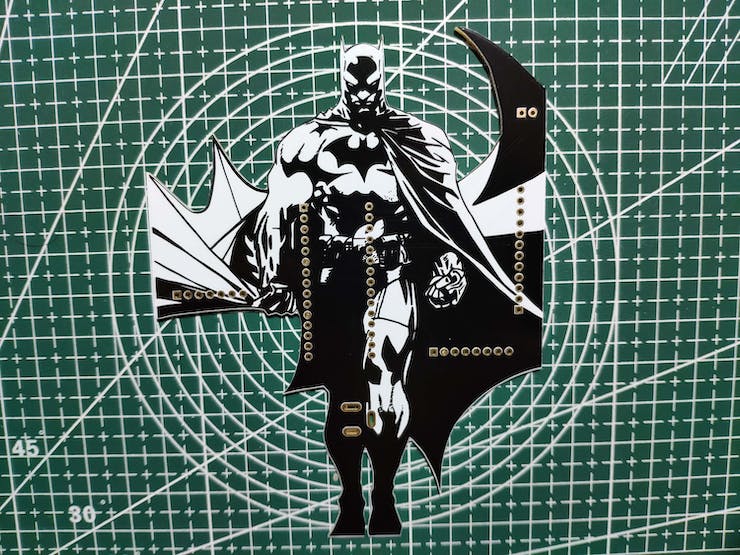 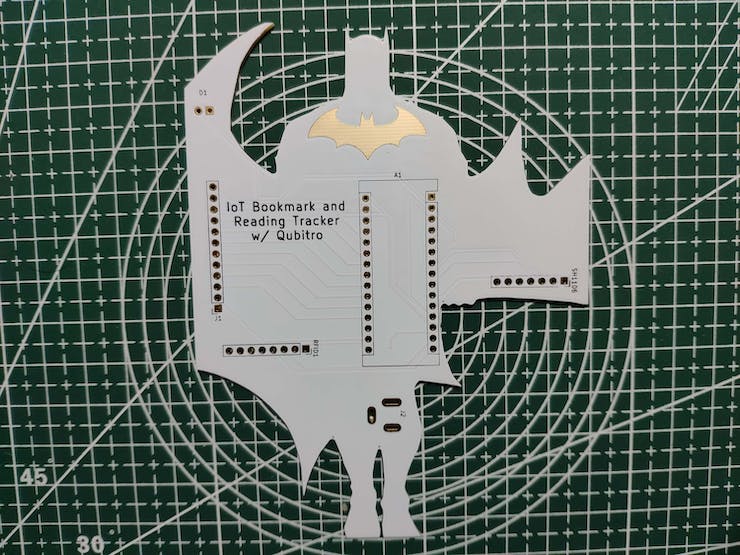 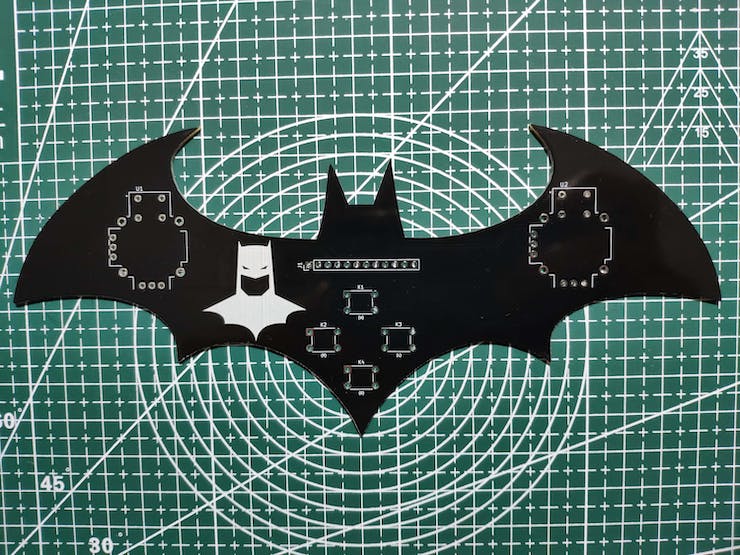 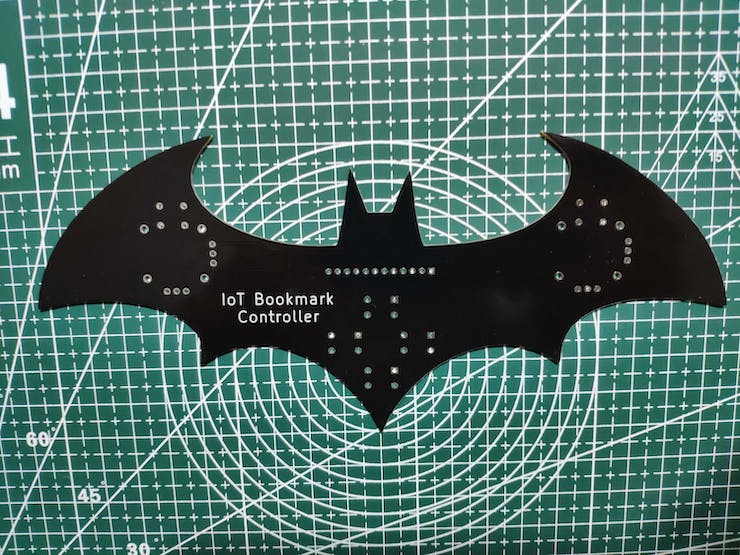 First of all, by utilizing a soldering iron, I attached headers (female), COM-09032 analog joysticks, pushbuttons (6x6), a 5mm green LED, and a power jack to the base and controller PCBs.

Analysis of a communication device for children.
Project Owner Contributor

This project will create a smart gesture-based interface that allows the user to control the PC for various functions.
Project Owner Contributor