A brief look at the pager

My Tonecall Duo pager arrived in the post two days ago, and I've eagerly taken it apart to see how easy it might be to replace the paging circuit with a GSM module.

First, a bit about the pager itself - it was sold (or, more accurately, leased) on the UK Vodapage network. This was one of four wide-area paging networks that operated in the UK in the heyday of paging (1990s). This particular pager was made in 1994, and is in excellent condition. Assuming the original owner kept the number active, it would have been usable until March 2018, when Vodafone shut down their paging network.

The pager powers on and beeps (extremely loudly). It has a built-in clock, but I can't work out how to set the time on it (maybe it was set automatically over the network?)

Dismantling the pager was very easy - I just needed to remove two screws and the back cover then gracefully fell off. Inside, I was thrilled to discover that the paging circuit can simply be unplugged, and the gap left behind is just the right size for a SIM800L GSM module! 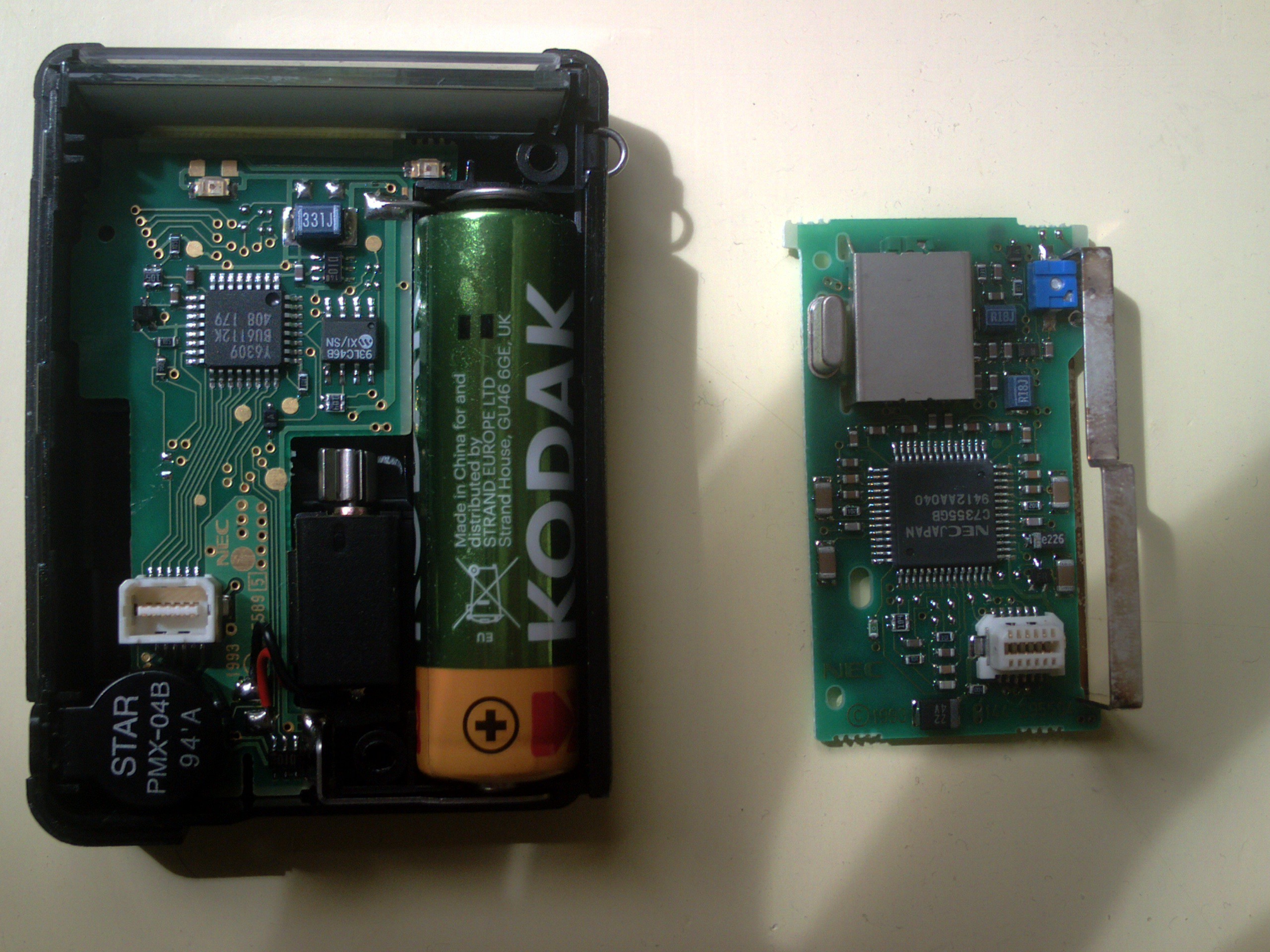