My attempts at replicating what Polymagnet are doing

Those who regularly watch youtube, might have seen video by SmarterEveryDay about a company called "Polymagnet".
https://youtu.be/IANBoybVApQ
http://www.polymagnet.com/
They can create arbitrary patterns of magnetization on neodymium magnets.
Guess what, I want a custom magnet. I contacted them. They kindly replied, and told me it would cost me no less than 2000$. Bam. FAIL. No way!
But can I hack something up to do it myself? let's try! 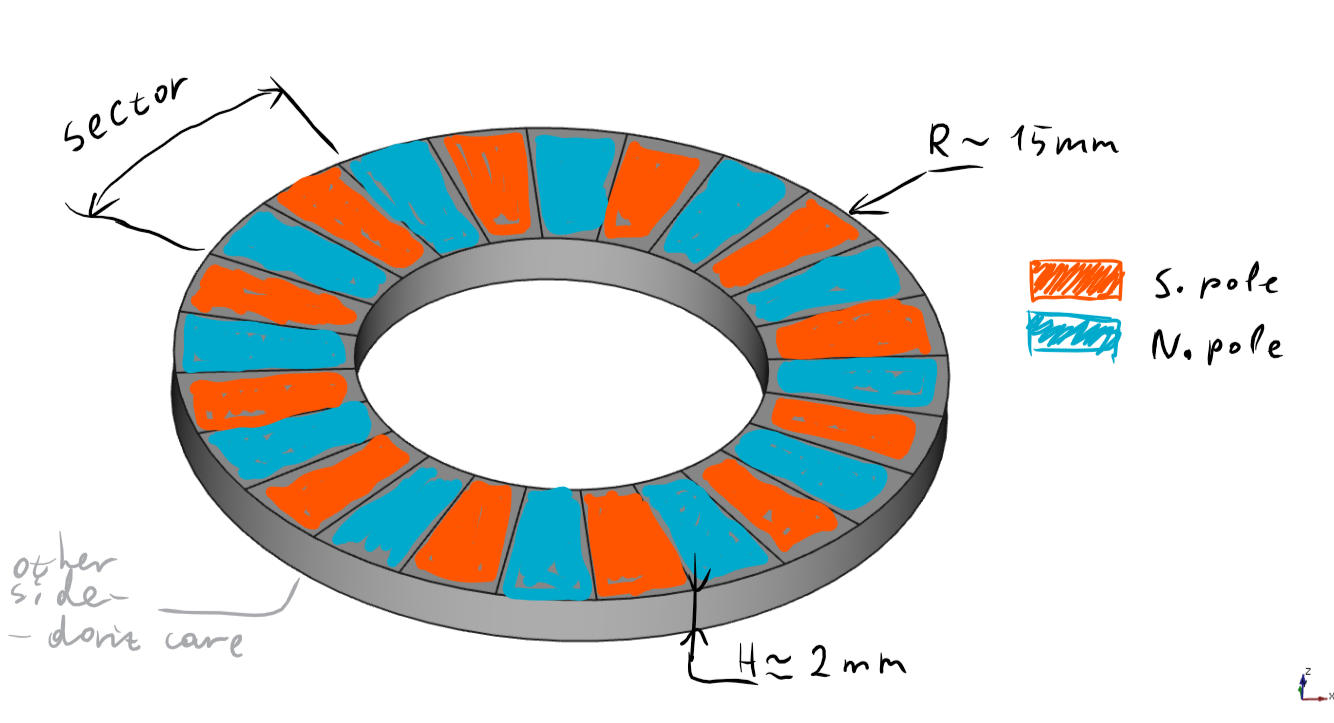 I want to fit as many poles as possible.

The plan is to obtain a disk magnet (even better if I get a ring magnet), heat it up to remove the original magnetization, and create new magnetization by discharging some capacitors into some coils.

It seems that it takes about 3.5 T of magnetic field to magnetize a neodymium magnet. Achieving this large a field with air core inductors is quite challenging. However, it is possible.

very cool project, what have you done with the magnets? I’m also interested in doing my own magnets :)

Great project, also wanted to do something like this after seeing SmarterEveryDay's video. But please consider some safety aspects, having those capacitors in parallel and charged lying openly on your bench. One slip and you'll get the shock of your life, probably even the last one.

"One slip and you'll get the shock of your life,"

- well, that also applies to driving a car. The difference is, in a car one has some good amount of instinctive feel for what is dangerous (yet driving is still freaking dangerous). Here, these wires look no more dangerous when energized, compared to when they are not energized.

Single-plane bifilar coils a la Tesla produce a much denser field at the centre. They can also be formed into a shallow cone to better focus the field outside the plane of the coil along it's axis. Because the electron path through the coil makes two passes effectively, you dont get such dramatic torsion with a short sharp pulse. The geometry also allows for a tidier and sturdier coil to be built using the same wire.

An exploration of dangerous energy storage methods and their uses.
Project Owner Contributor