Probably burried in the last log are a few thoughts...

Locked-Antiphase PWM is difficult to set up with a "reset-default". How's one going to generate a 50% duty-cycle to stop the motors when the uC is being programmed and its PWM outputs are floating...?

Among other reasons, the solution I chose was to forgo Locked-Antiphase, in favor of two inputs, one for PWM and one for DIR.

If you think about a regular H-Bridge, there's two inputs and two outputs. Driven digitally (high or low) the outputs essentially follow the inputs. A logic-high on one input will result in that side of the motor-winding being driven with the high motor-voltage.

So, then... for a "reset-default" that won't cause my motor to spin at full-speed when the inputs float, simply add pull-resistors to the inputs... both to the same level.

Yeah, but... My motor-driver/H-bridge is a bit of a wonkey-experiment... 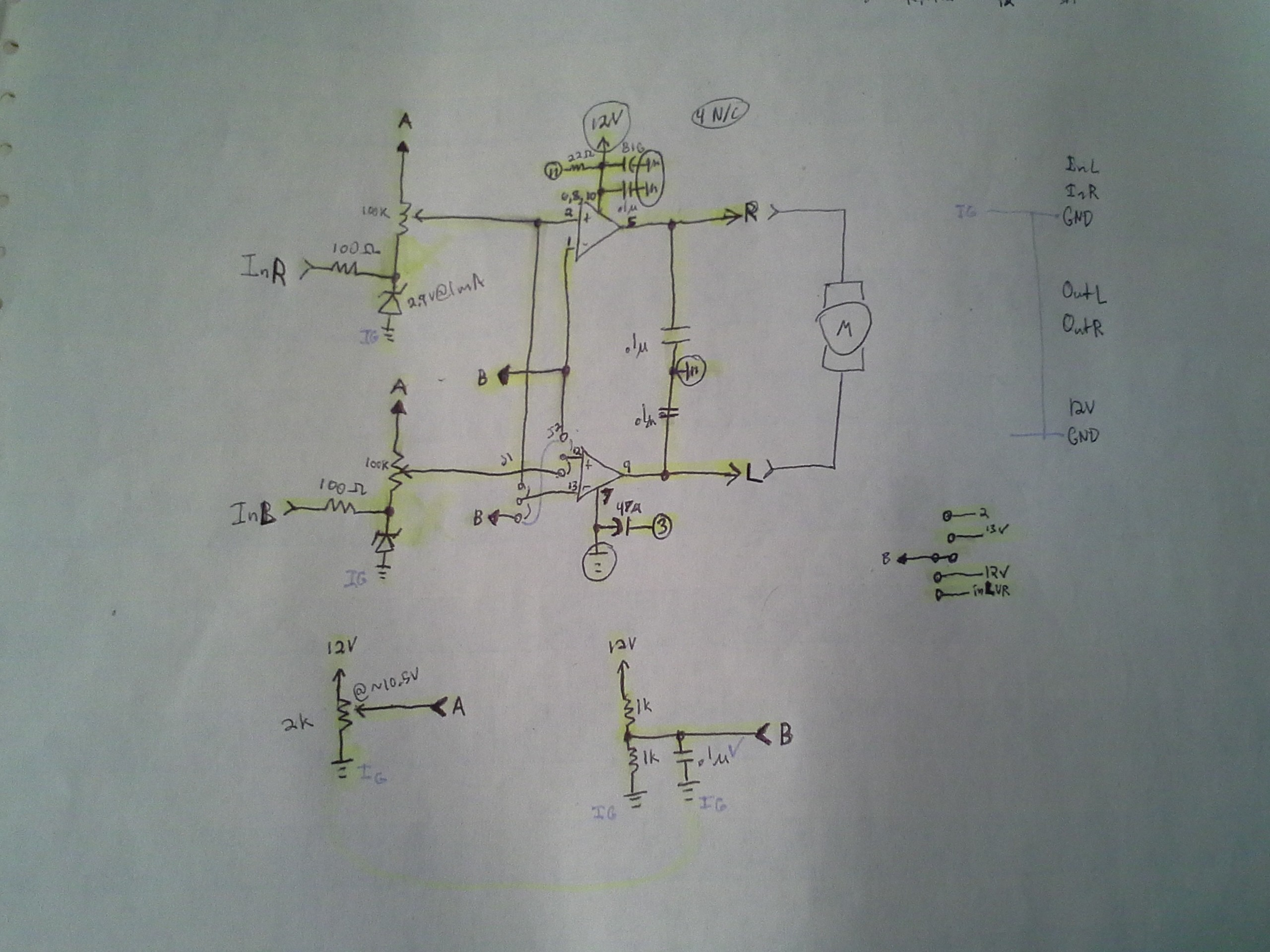 High-power op-amps (audio-amplifiers) are used as, essentially, comparators. The inputs are analog, not digital, and they've comparatively low-impedance.

OTOH, took me way too long to figure this out, but *maybe* I can change the values on the 100K potentiometers such that the "floating" inputs would result in high (or low?) output.

Anyways, I'll have to look into all this a bit further. I still think pull-resistors, at the uC-output, are a good idea... (This isn't the only motor-driver I might use, and it's a separate board). So... ToPonder, but not tonight/this-morning.