Electronic Feeder for Pets with Arduino

You'll learn how to assembly your own electronic fish feeder with Arduino.

You'll learn how to assembly your own electronic fish feeder with Arduino.

The following project is a 3D printed fish feeder. All files are available for download and you can access the files to manufacture them at JLC3D, one of the largest manufacturers of low cost 3D printed parts in China. See some pictures of this project.

Want access to the STL files right now? Click on that link and I will send the files to you via WhatsApp. In addition, JLC3D offers the JLC3D discount coupon with $5 off for you to use on your purchases. Use JLC3D coupon now!

You can print your part with 5 different technologies on JLC3D. See some pictures of parts printed in each techonology used by JLC3D. 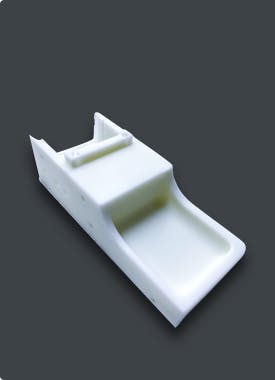 Many people who raise pets spend hours outside the house and often the food runs out or they forget to put food for them. This can harm the health of your pets or they can die from lack of adequate food.

One way to avoid this problem and leave an automatic feeding for your pet is through an electronic feeder. Through this device your pet will receive several daily portions of food and you will be carefree throughout the day.

That's why we've developed an electronic feeder for you. It can be used for different types of pets that use food in the form of bran and small grains of feed.

The structure of the feeder is presented below and below we will discuss each part of its operation. 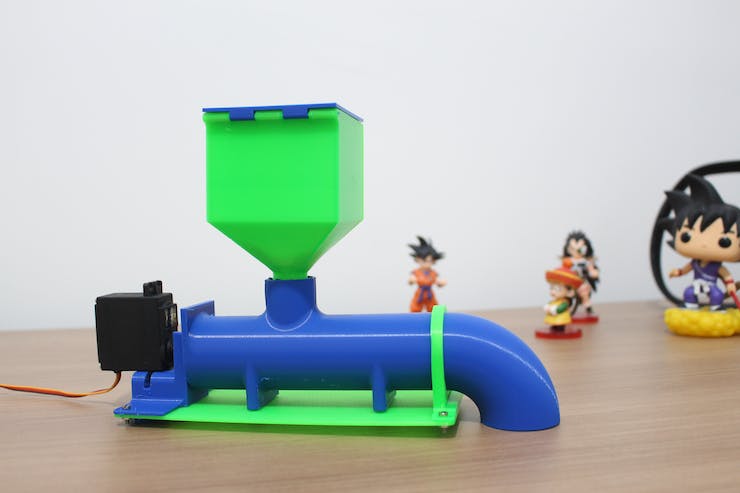 The structure of the electronic feeder is formed by the following parts:

The reservoir is used to store the food. See the structure in the figure below.

The reservoir has a lid to protect the feed. Its structure must be directly coupled to the pipe to release the feed to the pet. See the figure below. 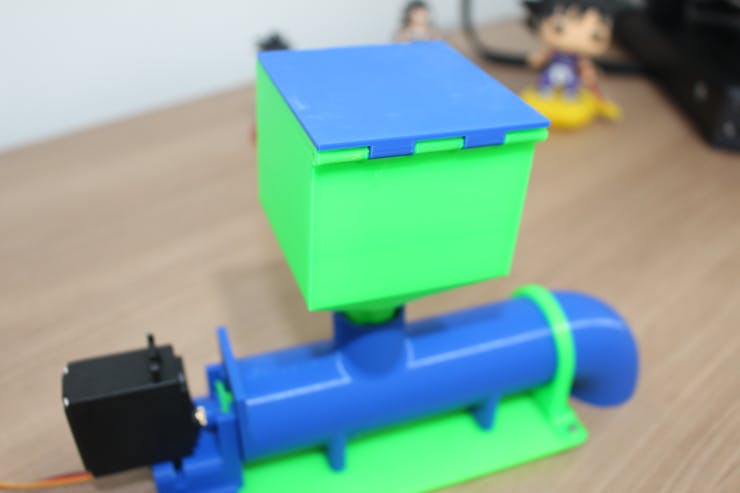 The pipeline is shown below. Its main function is to act as a guide to take the food to the pet's food bowl. 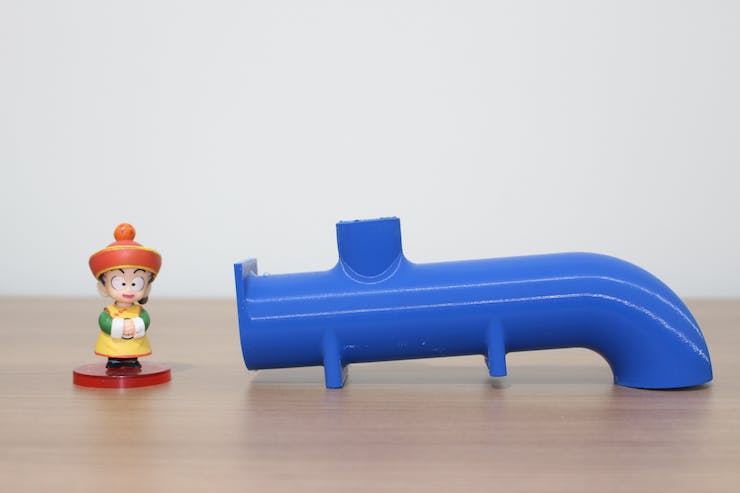 Inside the pipe we have the element that is responsible for transmitting the feed to the pipe outlet. This element is an Archimedean screw. See its structure in figure below. 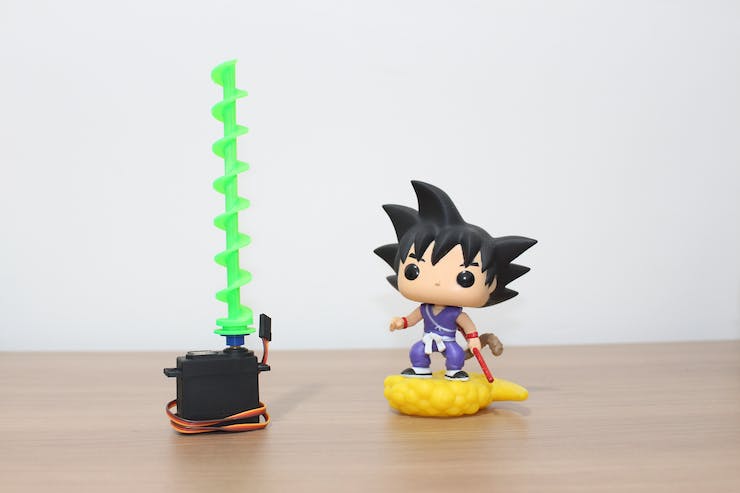 Our Archimedes screw is designed to be attached to the shaft of an MG995 servomotor. This servo has a high torque and has control of speed and direction of rotation through the Arduino PWM signal.

What is the Archimedes screw and how does it work? We will talk about its working principle in the next topic.

The working principle of the Archimedes Screw

Archimedes' screw is a very old invention and used by several civilizations to transport water in irrigation systems.

The video below presents the use of the mechanism by ancient civilizations.

The screw was manually moved to transport water from one level to another.

Over the years, the mechanism has been improved and engines are now used to move it. In addition to transporting liquid, the system allows transport of solids.

Watch the video below and observe the transport of solids.

This is how all small feed grains and meal will be transported within the pipeline structure.

Now, see the support structure used for fixing the mechanical assembly of the servomotor and Archimedes screw.

The two holes are used to fix the motor through bolt and nut.

The figure below shows the motor and the screw installed in the frame of the support part.

To facilitate the installation of all parts and reduce vibration, a support base was created, as shown in the figure below. 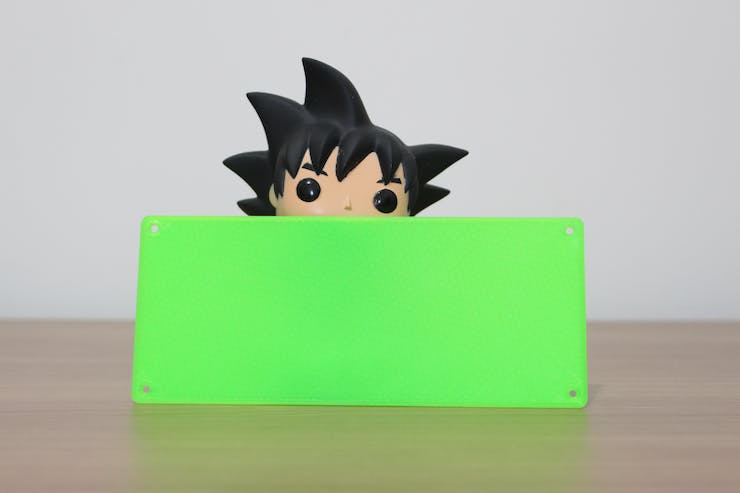 Two parts will be mounted on this base, the engine support part and the part to support the pipe outlet.

After assembly we have the complete system and ready to feed your pet. 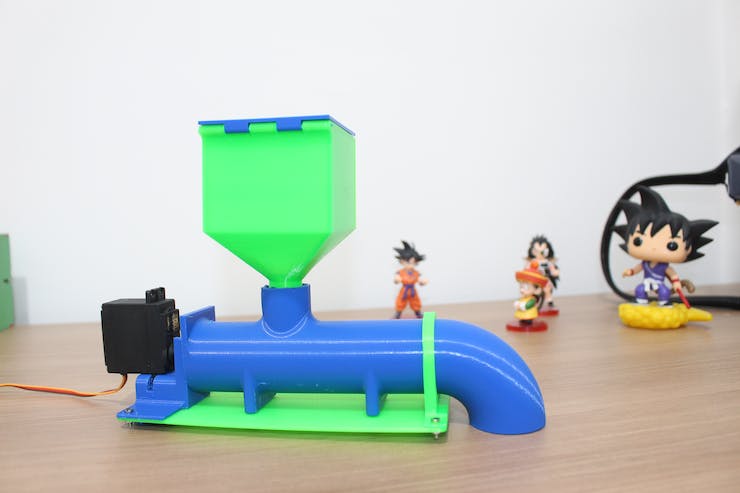 From this structure you can create several projects and programming logic to control the periods of food release for your pet.

Below we will leave...

You'll learn how to create your own elevator with Arduino.
Project Owner Contributor

Hackaday Prize 2019
I made a simple mechanism for opening & closing my pre-installed door latch,and combined it with Arduino Uno via some simple coding.
Project Owner Contributor