Starting to count the hours now, rather than the days. Got a few more pieces of the puzzle in place, and with a little luck I might actually see this project finished in time. Got to hook up and test the game controller logic tomorrow, then tweak the alien move pattern some more and finally test the missile firing and collision detection. If all goes well I might even be able to put back in the bunker damage / shielding function that I took out for size reasons. Compiled code and data is currently sitting at 824 bytes., which on the Attiny 2313 and its 16 bit opcodes actually is less than 400 instructions + some data. 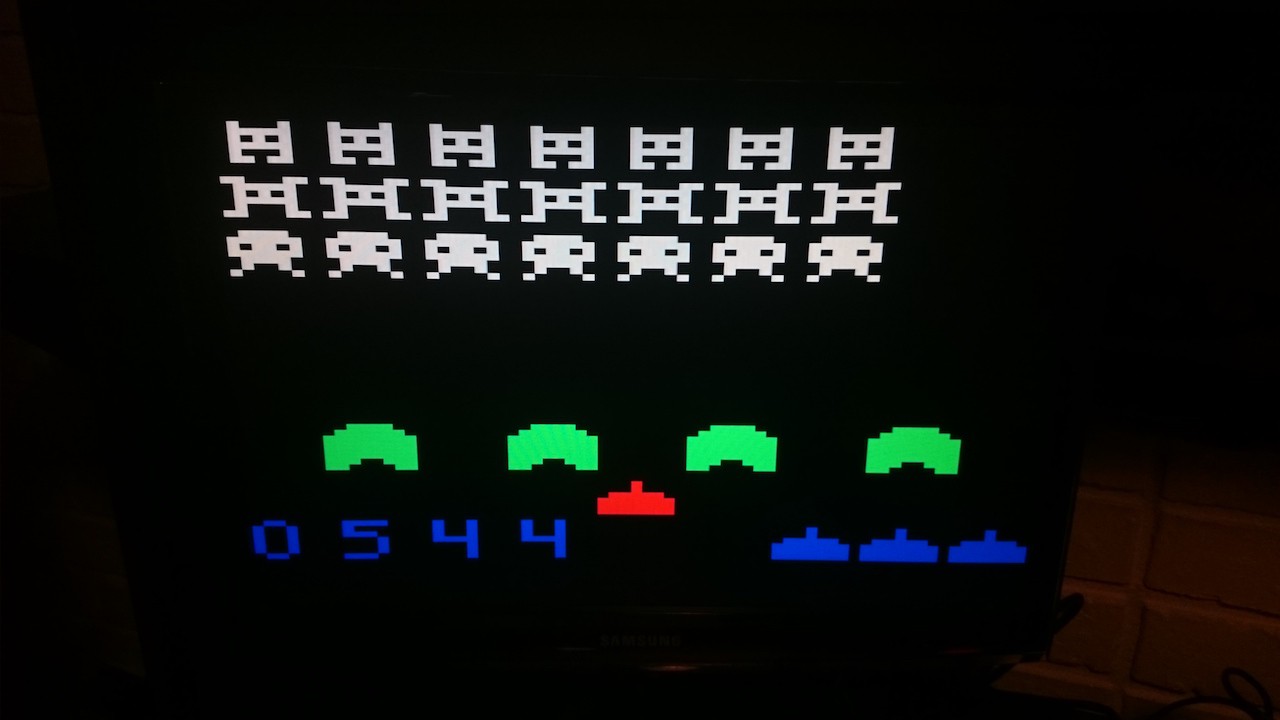 Currently I'm rewriting the sound routine to use the 8 bit timer in CTC mode rather than the VGA interrupt routine I used initially.