It actually could use gamma correction, but I'm not going to do it. The problem is that the VGA video intensity response curve is non-linear: a hold-over from CRTs. To compensate, the video signal levels need to be be pre-distorted so that the overall system response is linear. Without correction, here's the 64-color palette of the adapter: 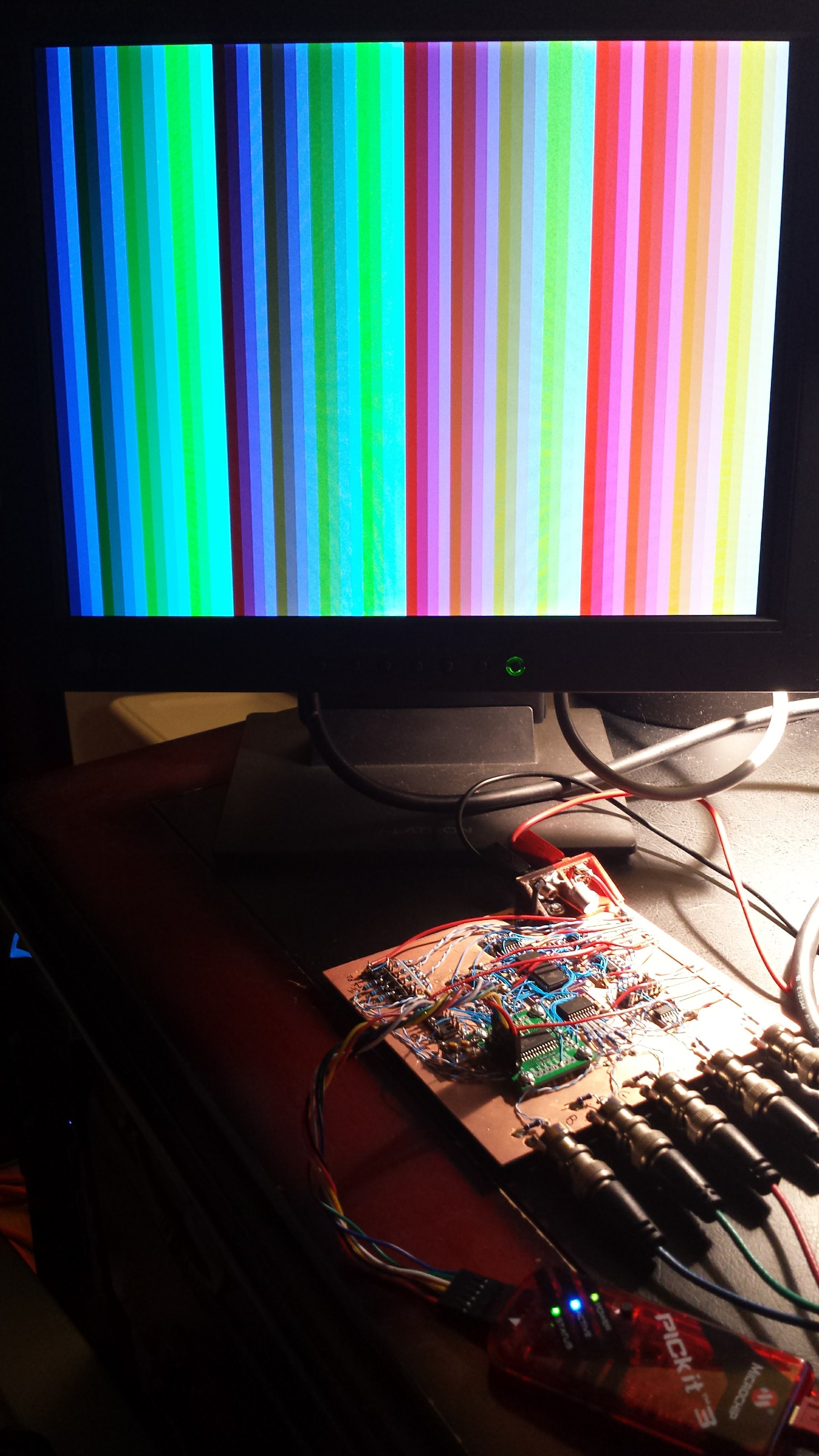 It's not bad, but it would look better corrected. Of course, you can't do this kind of non-linear transform with just a resistor network. I had thought about decoding each 2-bit color component into a 1-of-4 with a 74AC138 decoder, then giving each level it's own resistor, but didn't want to add that much more hardware.

Next, I considered making a non-linear network with resistors and diodes, but thought that color drift with temperature would be a bizarre side-effect.

In the end, I decided to just leave it.