In order to detect the urchins, object detection will be used. The model will be running on a Raspberry Pi with a Pi cam. Information about this will be sent back to the microcontroller (ESP32-WROOM) via UART. 3W RGB LEDs will be beside the camera to illuminate the surroundings underwater. All of these electronics are housed inside of the hull, which sits on top of the device’s chassis. 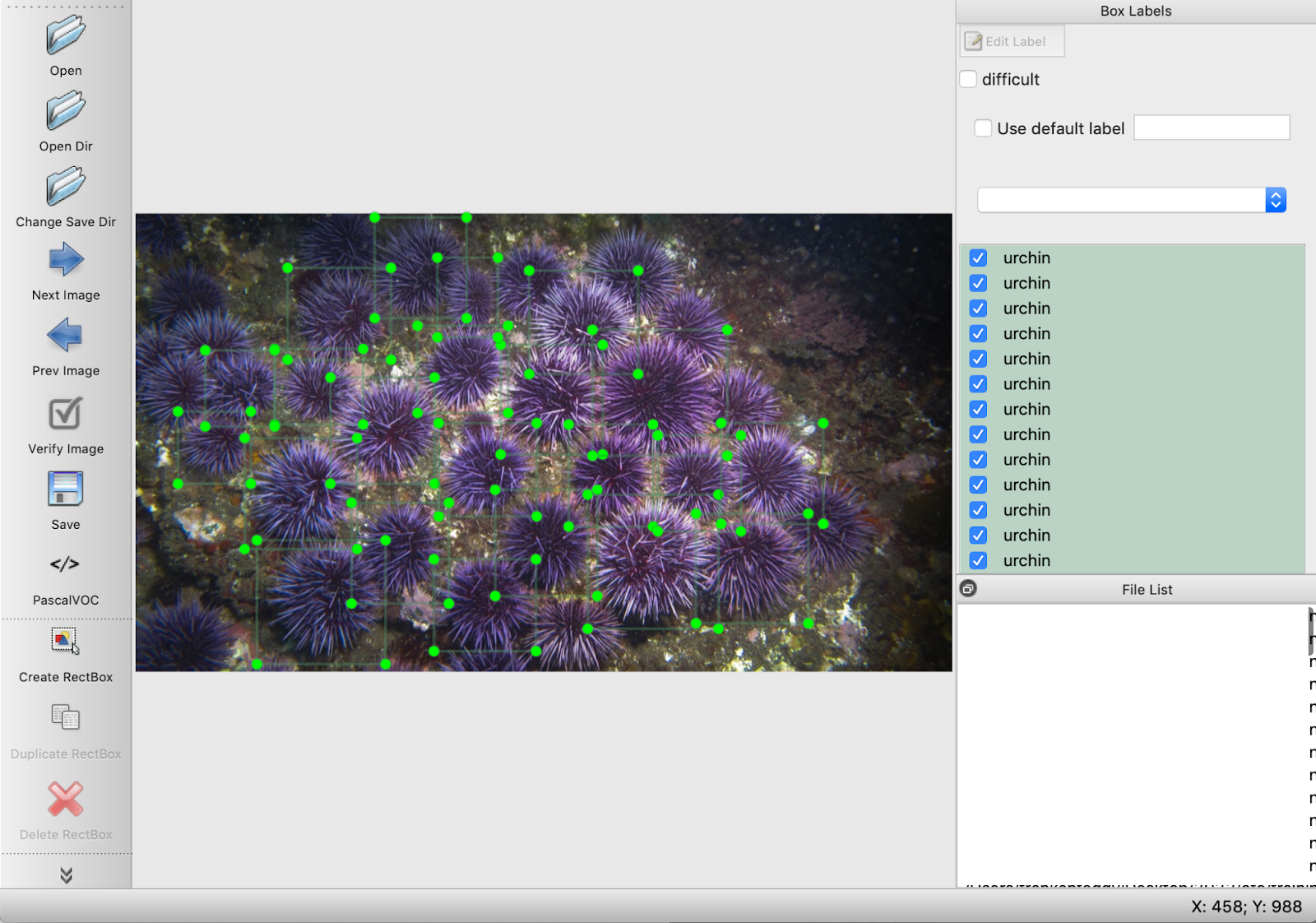 Object detection allows for counting multiple urchins in a single image, giving the position and dimensions. This count of urchins would eventually be used to help audit and track where there are less than 2 urchins per square meter, indicating it is a prime location for kelp forest restoration efforts.

To accomplish this, the task is divided into multiple parts:

These are the elements in kelp: 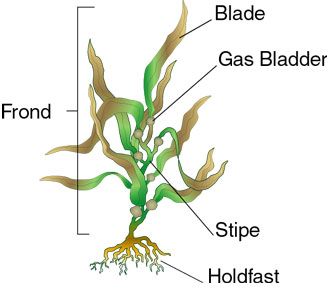 To test the concept, urchin would be the first object that is trained. In the future, as more data is collected on the device, the additional list items can be trained.

For the first round of training images need to be collected. The images were collected manually from searching the internet. Although a scraper could be used, it could have negative consequences such as being blocked, which I did not want to risk.

The process was as follows:

If the width or height exceeded 1200 px, this was resized to 1200 px using an AppleScript with Automator (https://discussions.apple.com/thread/253308106). There could be other ways of doing this, such as with Python.

Check if any files are named .jpeg and change them. See the files with this command:

Renaming the files to be sequential was also completed using Automator. Another way of doing so would be with a bash script.

LabelImg was installed and run to label all the images. Commands:

By annotating urchins in many different settings and angles, it will help the model. 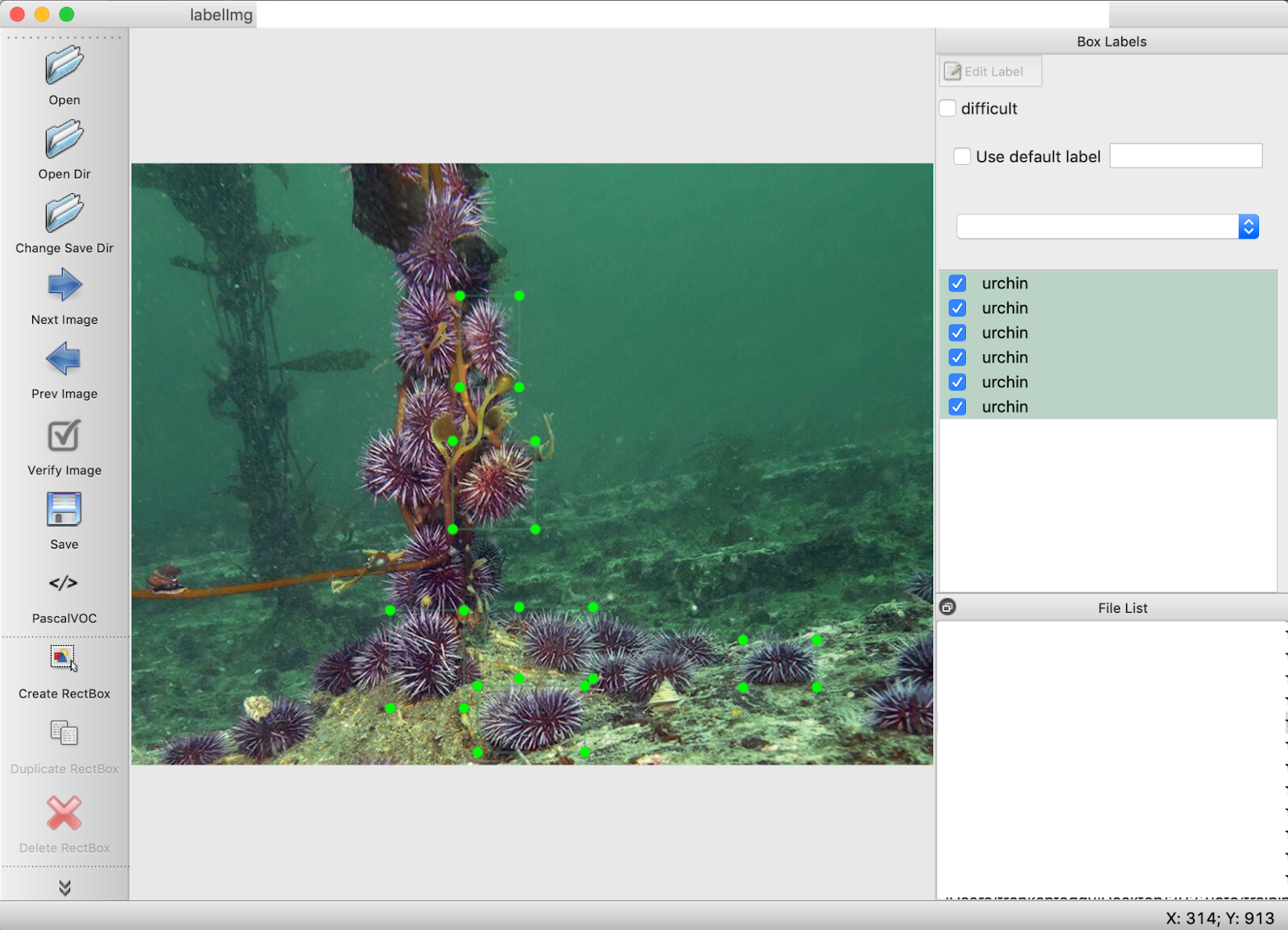 Edge Impulse object detection was used to train the model quickly. In order to convert the annotated images from LabelImg to Edge Impulse’s format, I wrote a Python script:

The script worked, as demonstrated by the bounding boxes on the image: 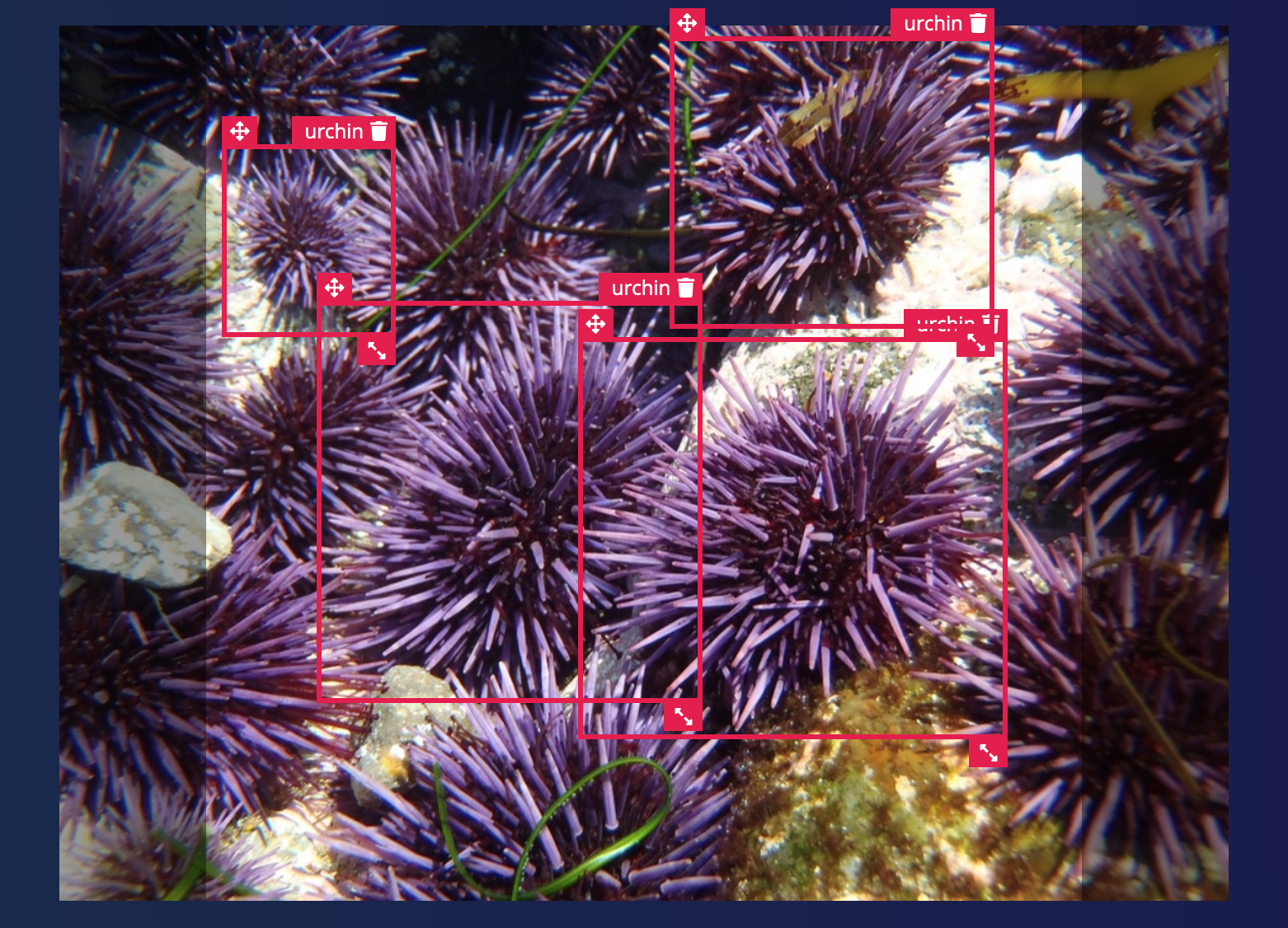 Here’s a look at preliminary testing on the model. 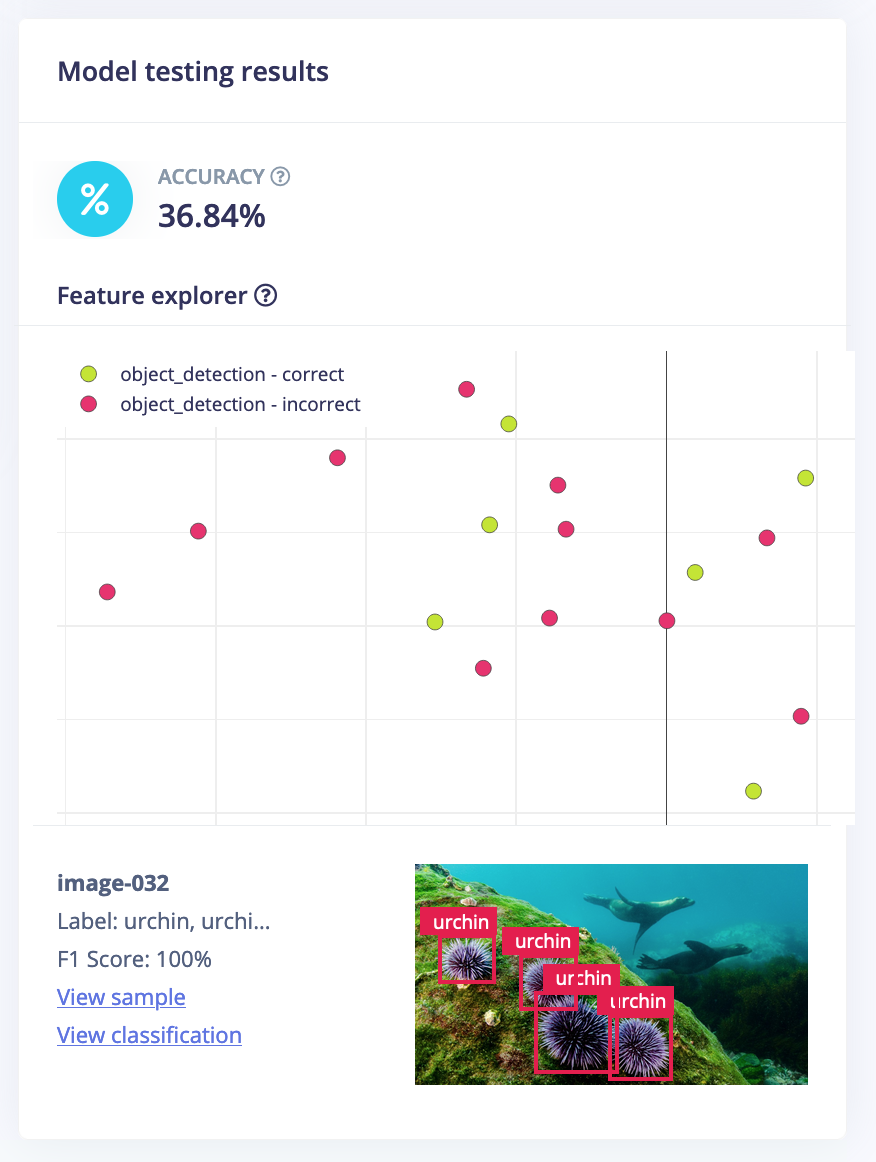 Further investigation is needed, as indicated by this table. 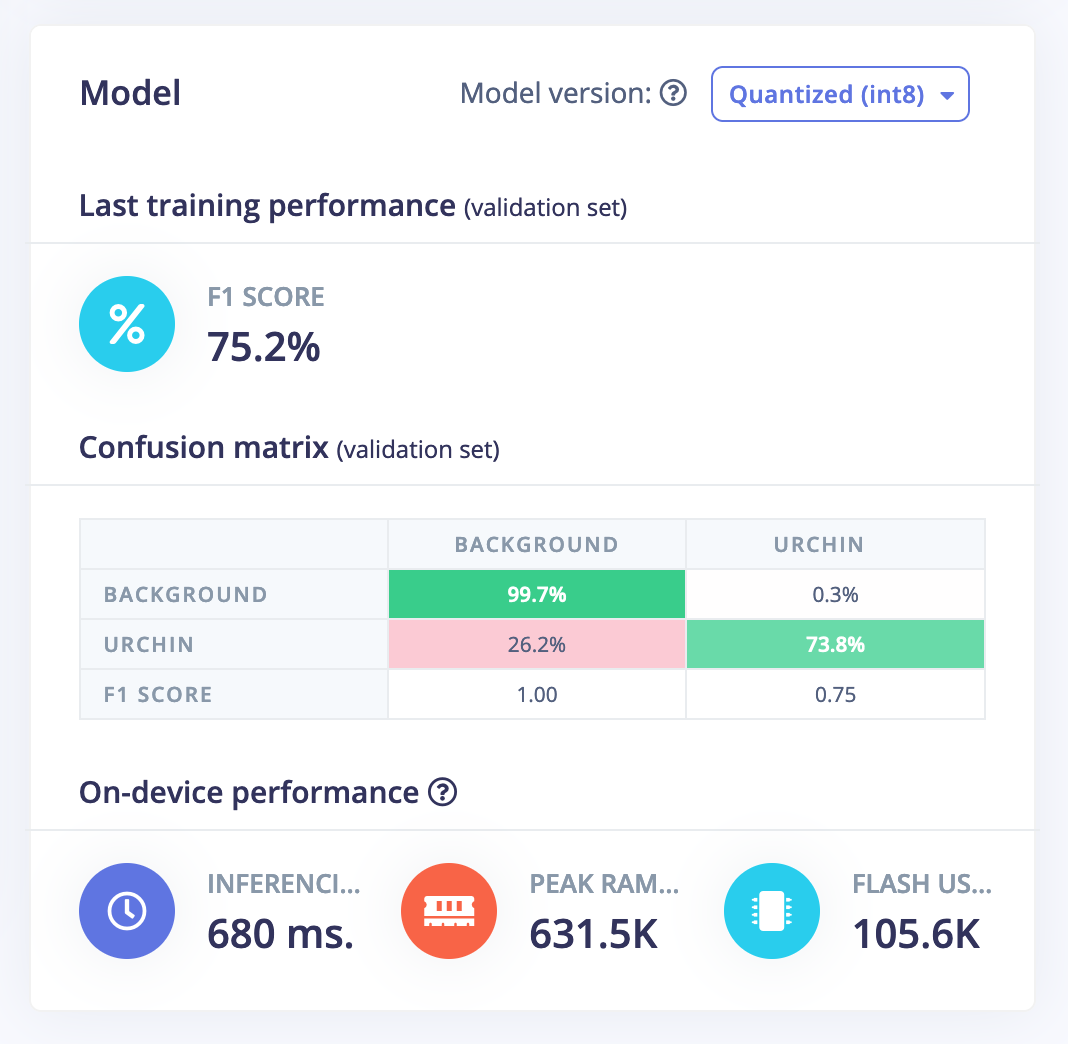 There is more information on the repository here: https://github.com/EdjeElectronics/TensorFlow-Lite-Object-Detection-on-Android-and-Raspberry-Pi