Mechs are not viable, nor cheap, so I will try to design and build one alone anyway.

One thing that I forgot to talk about on the previous project logs is that the structure where the entire machine sustains itself is as important as the controls, the energy source and the actuators.

And there is something that a lot of people (including me) forget about robots in general: the mechanical levers.

If you're not aware of that, a mechanical lever is present on everything, including the human body.

So, if you remember a certain principle from the mechanical levers is that the distance between the loads and the fulcrum point (the point where the lever rotates) interfere a lot on the amount of force you need to lift the load.

So even if you have an electric motor/artificial muscle that can lift 100 kilogram force per centimetre, if there is a load at the end of a 100cm long arm/lever/limb, you would only be able to lift only 1 kg (not necessarily like this for every work, but you get what I mean). 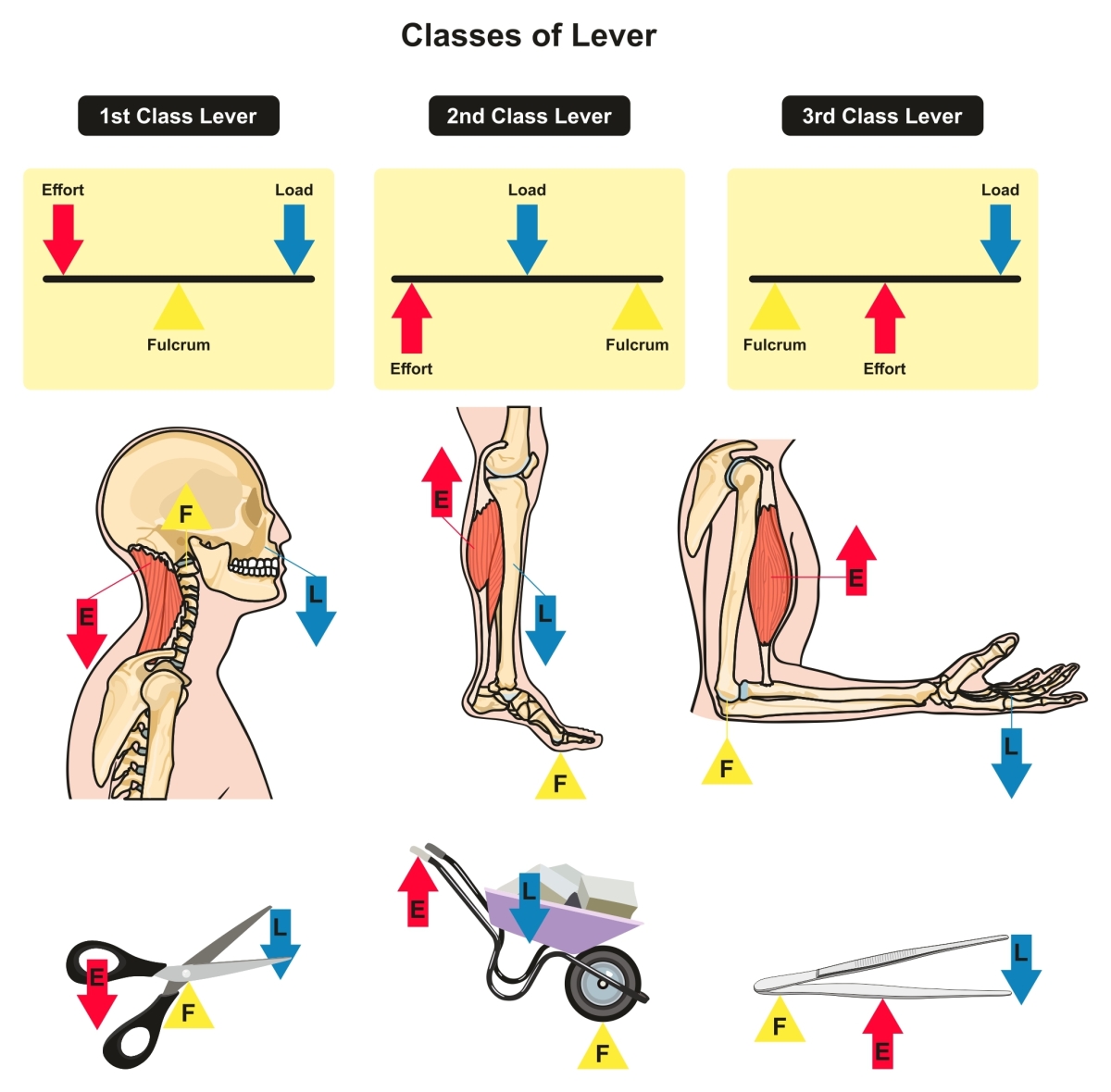 So, in order to build a robot, you need to figure out all the mechanical levers, the mechanical disadvantage each limb will suffer, how much each bearing and screw must endure and not break, and then put into practice.

"Well, that sounds like a lot, wouldn't be possible to just copy the human body then? It had millions of years fo evolve and other thousands of years for us humans to figure out how it works, it can be as easy as just open a biology book, right?"

You're definitely right, the problem is...

Of course, there are muscles that one wouldn't really need in a robot, like the diaphragm, that allows us to breath. But even then, it would be a lot of muscles, ligaments, tendons and bones to keep track of.

Unless you find a way to 3D print everything in one go (somehow), I don't think you would be able to build an actual 1:1 humanoid robot (assuming nothing goes wrong and you don't have to worry about maintaining it).

Also, some things I forgot to mention on other Project Logs:

The lower half of the body, the legs, have 3 times the strength to lift the entire body. That's why you can carry 40 kg or more and still be able to walk, run and even jump.

If you only focus on the higher part of the body, the arms, even if they have the strength to lift 5 tons, the lower half will be absolutely crushed.

That's why the legs are the most important thing in a robot/mech/exoskeleton, and that's why military exoskeletons normally focus only on the legs. 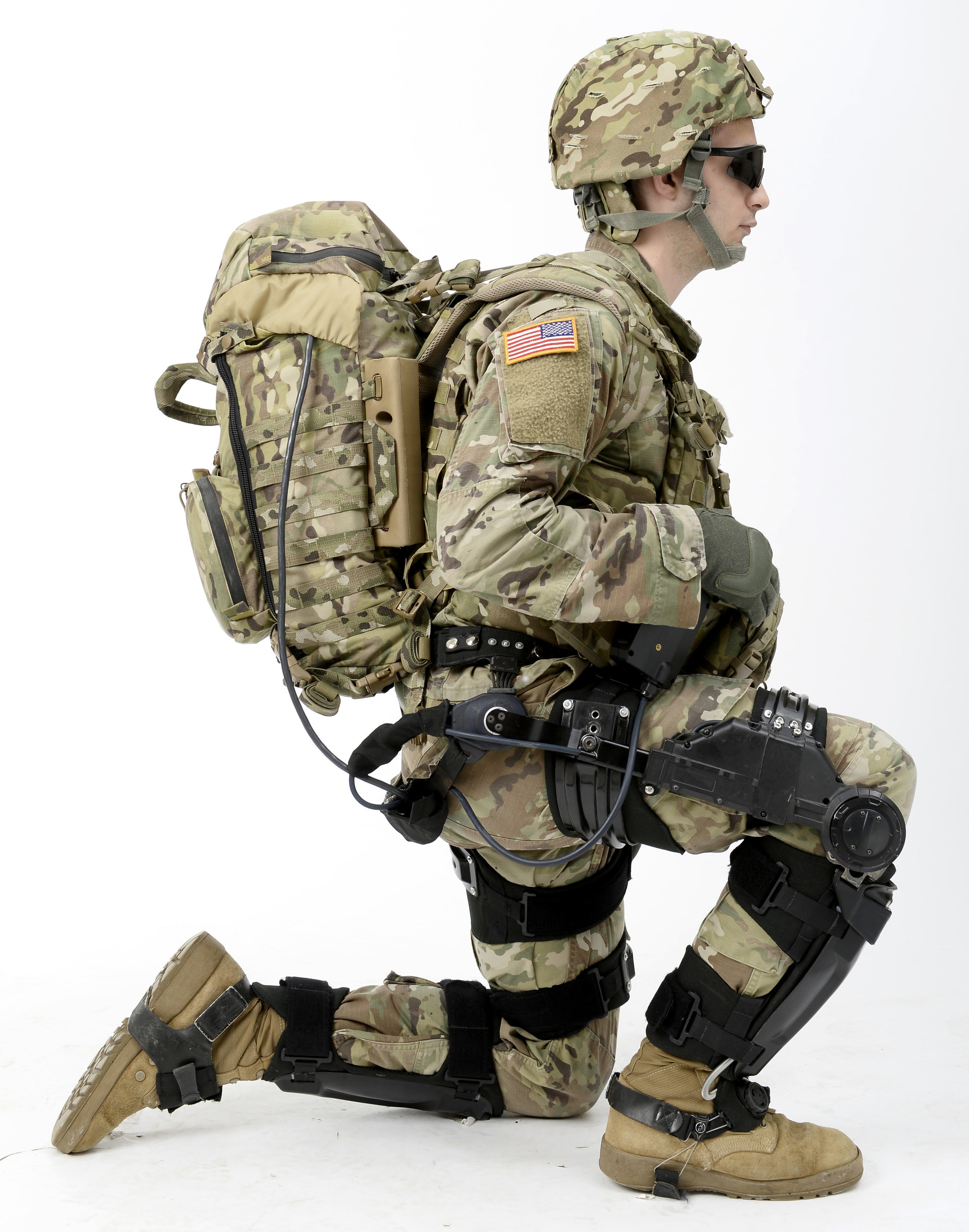 There is also the  Square–cube law:

"The square–cube law (or cube–square law) is a mathematical principle, applied in a variety of scientific fields, which describes the relationship between the volume and the surface area as a shape's size increases or decreases. It was first described in 1638 by Galileo Galilei in his Two New Sciences as the "...ratio of two volumes is greater than the ratio of their surfaces".

This principle states that, as a shape grows in size, its volume grows faster than its surface area. When applied to the real world this principle has many implications which are important in fields ranging from mechanical engineering to biomechanics."

So, basically, if you want to double the dimensions of an object, the surface area would be 4 times greater and the volume would be 8 times bigger. That's another reason why I was thinking of a human-sized mech, although I actually wanted a exoskeleton; But since this is a homemade DIY, I'm kinda afraid of breaking my bones and snapping my spine in half because of a silly mistake that I will definitely make.

Spookston made some interesting videos on the subject of mechs, I suggest you to watch them (they are quite short):

By the way I found this paper and this other paper about a Stewart Platform/Parallel Manipulator based on artificial muscles/soft actuators, maybe these can be used as shoulders on robots.

Also, I found these table lamps that have a really interesting articulation mechanism that really makes me remember about biomimetic (biologically inspired mechanisms) bone ligaments.

Dunno if they would be able to actually withstand hundreds of kilograms in an actual robot/mech, but hey, these do look cool.

This sure as heck looks like a shoulder or a femur-hip connection.

The idea is to use either carbon fiber, glass fiber or aluminium as the skeleton because they have good weight-to strength ratio and relatively easy to work with (if you know what you're doing [I do not]).

Project Log 3: The brain must Press X to jump.