A new Delta style 3D Printer incorporating many new developments and ideas. Brought to you by InoTech3D

So, third times the charm, right? Well I didn't want to chance it and it was now starting to look like there was something with my power supply causing the power surge which was frying the Arduino. My RAMPS board did have D1 and D2 connected so I could run it stand alone from the LCD / SD Card controller, and I know from my other Delta, my Rostock Max V1, that you should be able to power from your PSU as well as have the USB hooked up. I took out my multimeter and started testing all power connections searching for an issue. After much testing and searching Google I decided to switch my multimeter to continuity and started testing the power supply itself. Ah ha, I found an issue, one lead on Earth Ground and one on 12V+ and my multimeter starts beeping at me!? Earth Ground and V+ connected somehow, that's an issue, that's why the Arduino"s keep burning up, RAMPS is at 12 volts and Arduino is at 5 volts, but once I connect the USB cable to the Arduino since the computer its coming from is earth grounded the 12 volts is finding it way to Earth Ground through the USB which fries the Arduino! Time to void the warranty on the PSU and figure out what is going on! There's a problem right off, thats the Earth Ground trace that is burnt out. Let's go ahead and fix that with some solder and my iron. 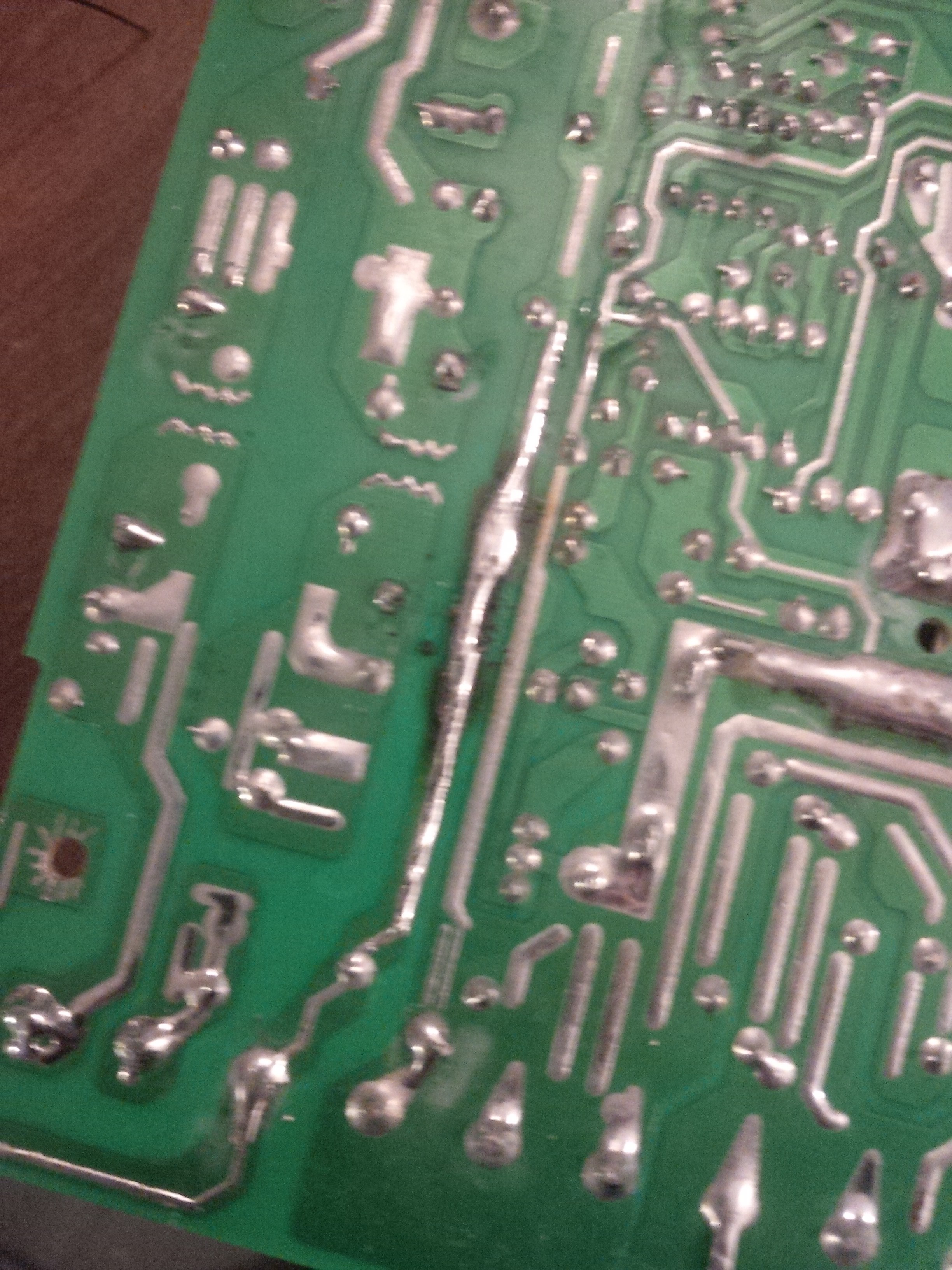 There we go, all fixed! So I put everything back together thinking that must have been the problem, check with my multimeter, and of course that was not the only issue I should have checked before I put it back together! Oh well, lesson learned, lets take it apart again and search the board for a problem. It took quite a while of searching but eventually I did find the main problem which I suspect caused the earth ground trace to burn up in the first place. It was caused by some sloppy soldering....... Once I had cleaned up the bad solder job everything was working fine and there was no more connection between earth ground and V+. Still I did not trust it so I ended up making a custom power free USB cord with just the 2 data lines connected! lol. So that's what I will use from now on just in case! :-)

The RosBot needs an FSR!!!