The goal of this project was to create a device that enables reliable and secure communication using radio transceivers.

This project allows users to communicate securely over radio (915MHz). Each device, called a 'node' for the sake of simplicity with networking, attaches to a computer. A user can use a custom built GUI on the host computer to manage encryption keys and send/receive messages. Each node is equipped with the ability to route messages using a controlled flooding technique, encrypt messages using RSA, fragment messages so they can be sent without a length constraint, verify that a message was received using acknowledgements, and authenticate a sender using SHA256 message authentication codes.

For the purpose of the project, centralized communication is defined as a network that relies on some entity providing connectivity services between separate endpoints. Some of these include email, text, and private chat applications since they rely ultimately on the services of Internet Service Providers and Cellular Service Providers for the propagation of data.

The goal of this project is to combine the benefits of both centralized and decentralized methods to provide reliable digital communication between users without the need for the internet. In addition, this network makes it difficult to track the correspondence between users since these nodes can be used mobily and use pseudo randomly generated identifiers. This network will excel in situations where two parties need to communicate securely and anonymously. This may include civil defense, clandestine operations, and personal communication.

To communicate using this network, a small device, called a node, is attached to and controlled using a computer as in Figure 1. The node can be attached to the computer either directly using an Ethernet cable or both can be on the same local network, although internet access is not used and is thus not required. Each node consists of a microcomputer and a radio transceiver. The user interacts using the graphical user interface (GUI) installed on the host computer which allows them to add recipients via public and shared keys, export public and shared keys, and send and receive messages. 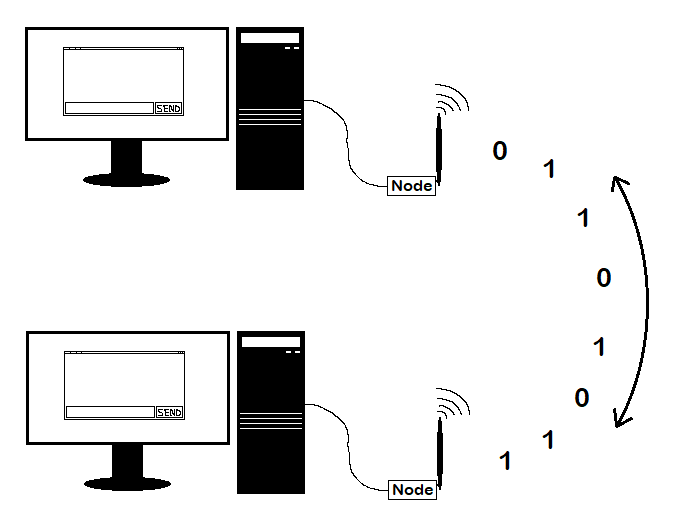 Figure 1: Basic representation of how communication between two users occurs using this network.

A Raspberry Pi 4 was used as the microcomputer of choice to drive this build. This was done for a multitude of reasons including reliability and familiarity of programming in Python, but also due to the flexibility with memory management. The Raspberry Pi 4 has 4GB of RAM which is more than sufficient to accommodate the potentially large amounts of data associated with the features of this network. Fragmentation and acknowledgements in particular require potentially large amounts of memory to store the various data mappings.

The Adafruit LoRa Radio Bonnet (915MHz) was used as the radio transceiver. This was done partly to take advantage of the license-free  Industrial, Scientific, and Medical (ISM) frequency bands but also due to the low power requirements and long ranges. Using 5dbi omnidirectional antennas, the receivers can communicate to at least 2km when they are in line of sight. Using different antennas will produce varying results.

Due to the ‘plug-and-play’ nature of these components, no additional PCB design was necessary which left the primary development hurdle to be the software. Appendix B includes some images to help better illustrate this component. The pinout connections can be found on Adafruit’s website.

The enclosure was designed using Fusion 360 and printed using an Ender 3 Pro 3D printer. PLA filament was used due to the affordability and ease of use. Table 1 details the print settings used for this build. The enclosure is mostly a standard Raspberry Pi case with the exception...

The 2017 Hackaday Prize
Under served communities can benefit from a the exchange of information through local mesh networks to exchange critical notifications.
Project Owner Contributor

OTPNetwork: SecureCom for the Paranoid