I have been putting a system together for the past few years to do different kinds of deposition.

So now that the e-beam supply works... well, at least I think it does. I have no way to build a 12+kw load for 10kv. Thats a lot of big resistors. I need to get the gun control working. The e-beam gun has 4 pockets that are rotated from the side, that's what that little stepper motor I stuck in a sealed container is for. To drive that I chose a Compumotor OEM750 indexer. It is a little self contained unit that has a battery backed up memory that can be programmed to do different things based on a few different inputs it had. It is actually pretty awful to program, there are three "trigger" inputs and three "sequence" inputs. The indexed can store 7 programs in it and the sequence inputs select the program in binary. The trigger inputs turned out to be totally useless for this project. When a trigger call pops up the program just stops there till one of the trigger inputs changes state according to the program. There are no "if" statements or anything. Really annoying.

It also has a couple programmable outputs which ended saving my but. I needed the indexer to home the crucible turret at startup and since the trigger inputs are useless I had to write one program for homing and one program each individual pocket. Since the outputs will sink as well as source I tied this into the "4" bit of the sequence inputs, these inputs normally pulled high. So when the indexer powers up the bit is pulled low and it is set to run sequence 011 (3). The homing program runs and then it sets the "4" bit high which shifts all the sequence inputs to the 1XX range. At this point the two lower bits will select the pocket position, 00, pocket 1, 01, pocket 1, 10 pocket 2, and 11, pocket 4. It actually worked. I had to set the other output as a "pocket good" output signal to tell the deposition controller that it is in position. Again I butted heads with the programming in this thing. When it runs a sequence it just runs it over and over so if you turn the output off at the beginning of the program and on at the end it just cycles the output as fast as it runs through the program. I added some delays into the program, it seems to work now.

To control everything I picked up a Sycon STC-200SQ deposition controller. I have actually picked up a few of these over the years for cheap on ebay. The SQ allows you to do sequencing which allows you to write recipes to automate the coating process. It has what is basically a simple PLC programming area in the software that allows you to program the 8 inputs and 8 relay outputs on the back. The manual happened to have a program in it to control one of their pocket drive units so I modified it to do the binary control that I use to control the indexer. The controller moves to the pocket with the material selected and does a ramp and soak and then opens the shutter over the source and monitors the deposition rate through an analog output to the e-beam power supply and final thickness by the shutter.

For a lot of materials you cant just let the e-beam sit in the middle of the crucible, you need to move it around the surface of the source material. To do this there are electromagnets on the gun that will sweep the beam across the surface much like the yoke on a CRT does. I had though about building my own driver for this, it can be pretty simple, just a couple H-bridges and something like an arduino. Then I got to to looking at the designs and they are a little more than that, they need to bias to get the beam in the center and stuff.

A MDC E-vap Programmable Sweep Controller popped up on ebay and I managed to snag it for $200. It worked, mostly. The backlight for the little LCD touchscreen was toast. It had a pretty large CCFL behind it and I could not find a replacement so I wired up a bunch of white leds in series and put them inside the old CCFL lamp tube. I bypassed the CCFL inverter to drive the led string with 12 volts directly. It actually worked out pretty well. it does have some hot spots where the leds are concentrated but I can live with it till I find another. I put a couple load resistors on it and it seems to work. The PSC sweep pattern is controlled from the Sycon controller with two more of the relay outputs.

Of course it is not just that easy, after getting the manual it turns out that this model cannot handle having the coils tied together or one end grounded like the sloan e-beam gun uses. I needed to isolate the electromagnets from ground. I managed to do this by making insulators from polyamide and PEEK plastic.

Now I need to add some more electrical feedthroughs to the chamber. I though one 8 pin feedthrough would be enough but with needing 4 wires for the sweep instead of two and needing two more wires for the home switch I am up to 10 total. So that's what I need to figure out next. LEDs installed and put back together: 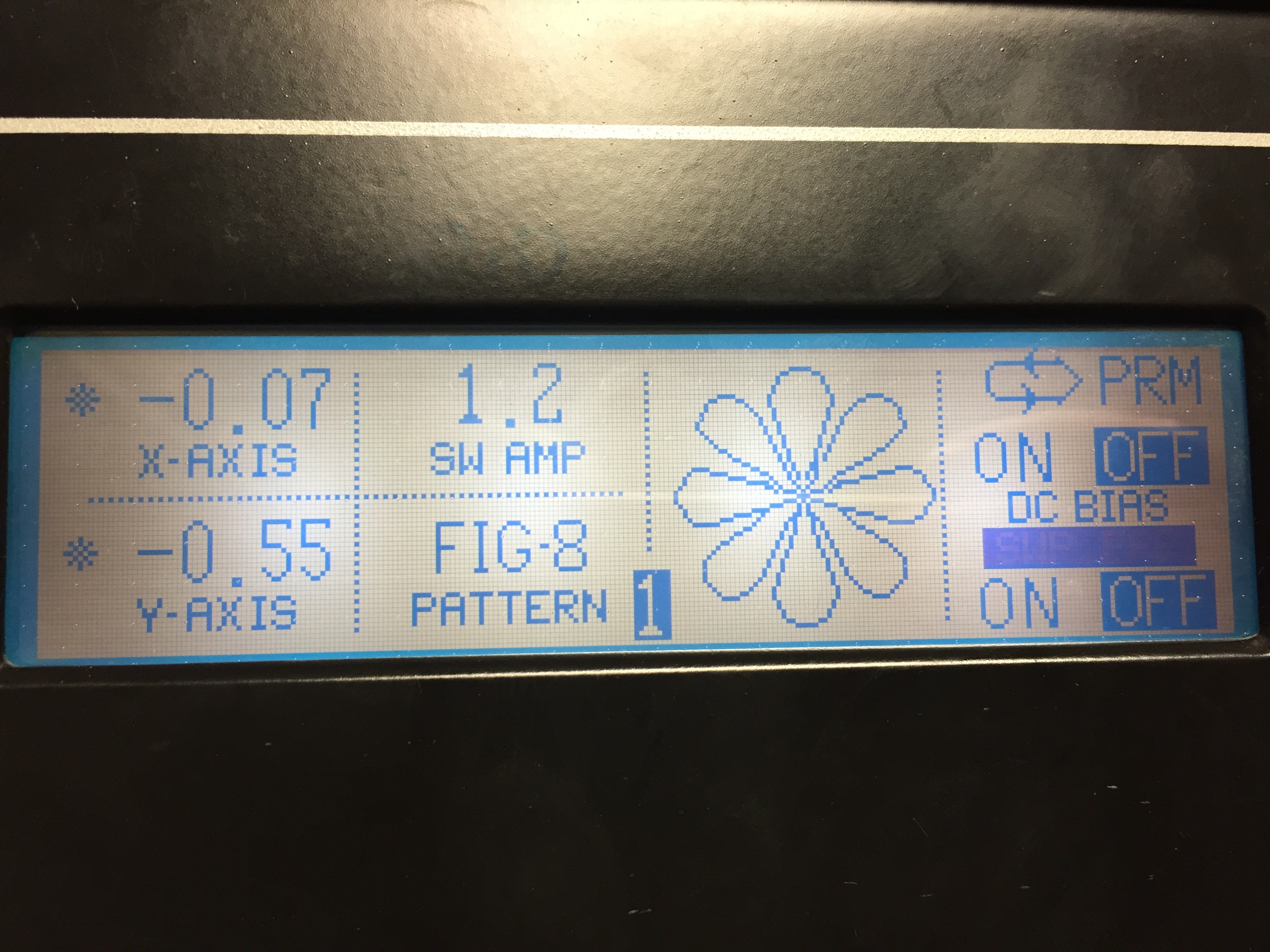