A base 6 clock for the unlikely

DC-6 is a clock that uses a base 6 time system named C-6 which was inspired in C-10 timing system as well in the discussion that followed the article about decimal timing system in HAD.
In C-6 time a whole day is split into day and night time and subdivided by intervals of 6 units and a mnemonic numbering system is used instead of the arabic numerals.

DC-6 is a time system that uses base 6. It was inspired in C-10 timing system as well in the discussion that followed the article about decimal timing system in HAD.

In C-6 the whole day is split into two periods: Daytime and Nighttime being each period divided in 6 shifts which in turn are divided into 6 tocks which can be divided again in 6 ticks.

Comparing to conventional time we have:

Following we have the breathe. This unit is very special! According to random unverifiable sources this is the guessed average time a humam being can hold the breath when immersed in a bathtub at 33 1/3°C wearing sunglasses (92°F which is an integer though).

Then we have the sigh! It corresponds to 5 5/9 of a second. Remember that 5/9 is the same fraction used in the conversion from Celsius to Fahrenheit, isn't nature beautiful?(Sigh). By chance it corresponds precisely to 1/6th of a breath!.

For the statistics freak a Sigh also corresponds to the average tame it takes for a person to recover from the shock of reading each of the latter paragraphs.

The smallest division in C-6 is the blink.It corresponds to 1/6h of a sigh or 25/27 of a second. At first sight it looks just like a weird fraction. Indeed it is weird but yet rational (in mathematical sense) thus far better than PI or E. Nevertheless is quite fast, so fast that the time to talk about it is over. NEXT!!

Now that the C-6 time was explained and everyone is already convinced that this is the ultimate timing reference let's describe the circuit.

Each digit uses a 7 segment display but unlike conventional or decimal time the digits are not decimal but uses each segment to represent how much units of time have passed, except for the zero which uses 6 segments. 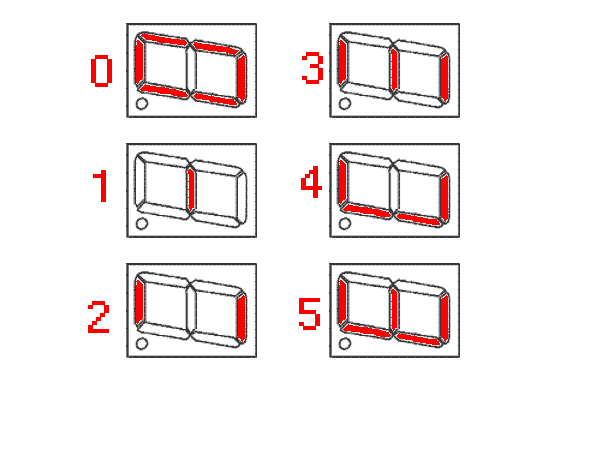 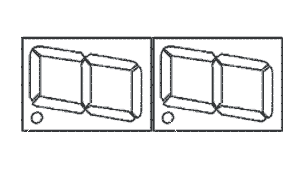 The timebase is provided by a 4.0Mhz crystal which generates a fraction of a sight (86,4ms) using the Zero Error, Zero Jitter Bresenham algorythm (code borrowed from Roman Black).

There are two buttons to adjust the time. One is for advance the Ticks while another to advances the Tocks. 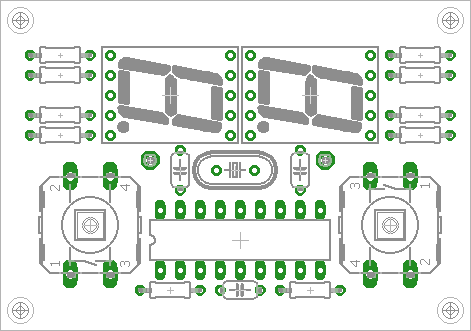 This is a really neat project. A transistor version would be just the thing for me to try :-)

Thanks! It would be amazing to see the transistor based version working!

The 2015 Hackaday Prize
I've decided to build a set of clocks to keep time on all 8 of the planets.
Project Owner Contributor

a clock for all planets

Based on a 8052 we designed an alarm clock in the most similar way to the basic commercial clocks.
Project Owner Contributor