Niryo One is an Open-Source and accessible robotic arm

Industrial robots and the technologies around them are amazing, with a huge number of useful applications. But they are too expensive. For most people it's just totally inaccessible, that's why we are creating a DIY 6-axis robotic arm with :

Niryo One will be easy to use and control from a web interface, a mobile application, or directly by programming.

More and more projects around desktop robotic arms have emerged but nothing really accessible and complete for us. That's why we are developing "Niryo One", using all the technologies in a 3D printer (Ramps, Stepper motors, ...) but with a huge improvement due to the Raspberry Pi 3. In fact all the intelligence will be inside this board with Robot Operating System (already used in industrial robots like Universal Robot).

There is an high potential of having a robotic arm at home. You can do everything that you imagine and develop real applications like making coffee in the morning, drawing, using many tools, catching ball etc....

The robot will be able to communicate with the cloud or a smartphone/computer. That will allow the software to be continuously upgraded. The arm could be connected with other smart objects and be controlled from a web/mobile application, or directly by programming on it. 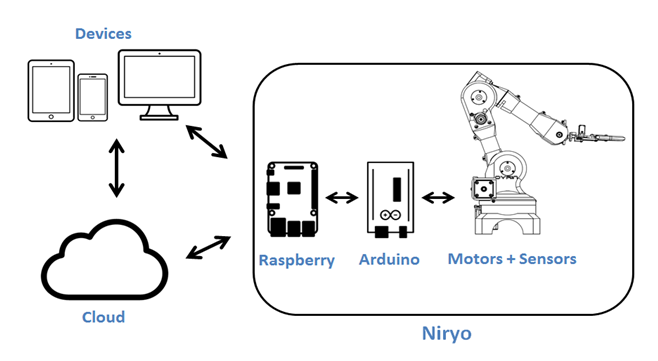 This video shows the 5th prototype picking a pen:

For this project we are using:

-The best open-source electronics platforms such as Arduino, Raspberry pi and all the hardware already developed for 3D printing like: steppers motors, driver A4988, RAMPS 1.4.

-3D printing for all the mechanicals parts, (compared to some other processes, that allows quick evolution in the future)

-The famous and open-source Robot Operating System for the programming part (ROS) .

We want to create a very easy-to-use robot with a high accuracy of 0.5mm.

The project will be open-source to be sure that everyone can add some code, skill, functionality, usage, tools....

We - and you - can find a lot of usages with some imagination.

In the future we want to implement a camera device around this robot. 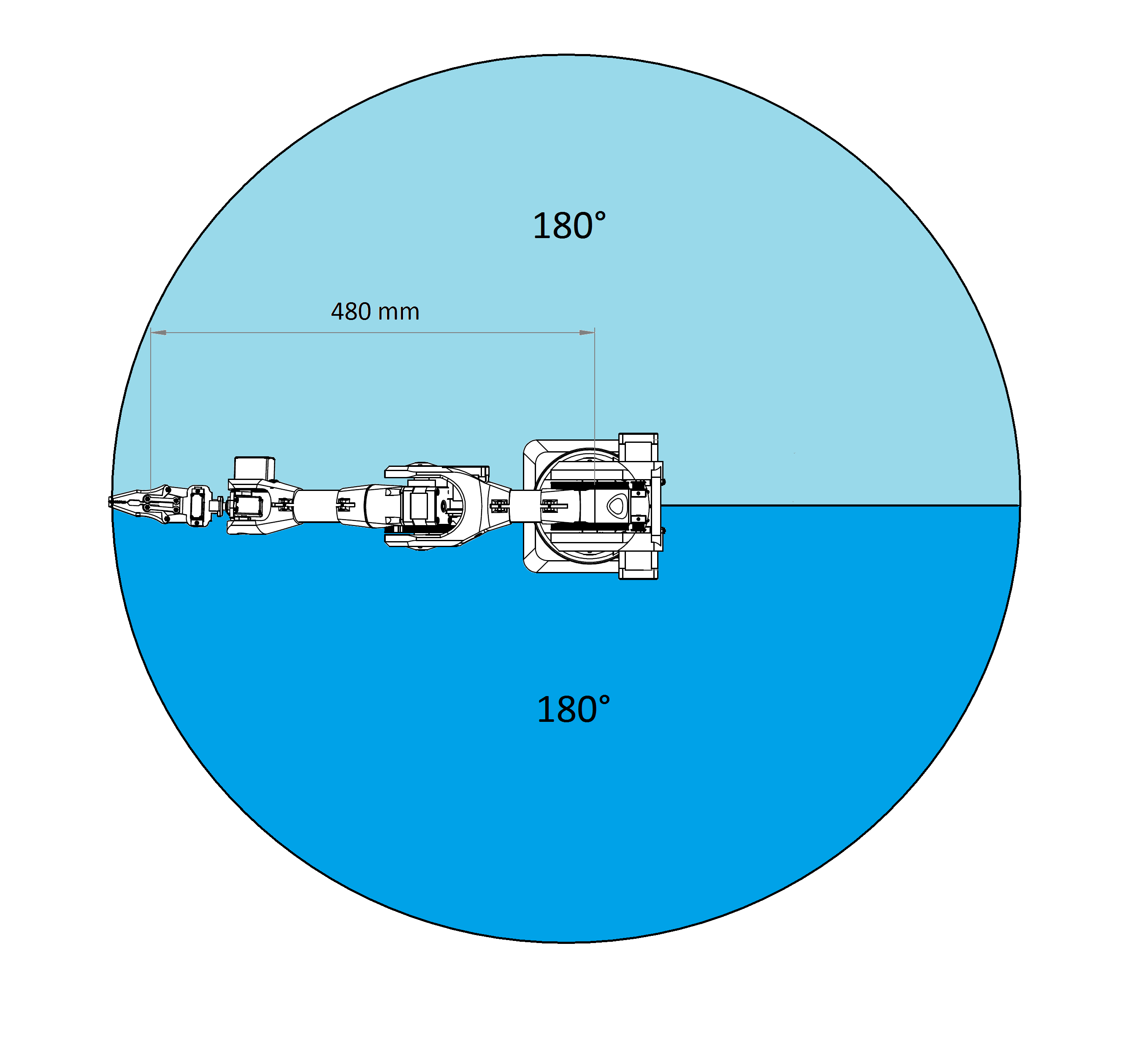 The electronic is quite simple. All the motors, servos, fans, end-stop switches are connected to the Ramps 1.4.

The connection between Arduino and Raspberry Pi 3 is using I2C protocol.

Encoders communicate through I2C with the Raspberry PI. 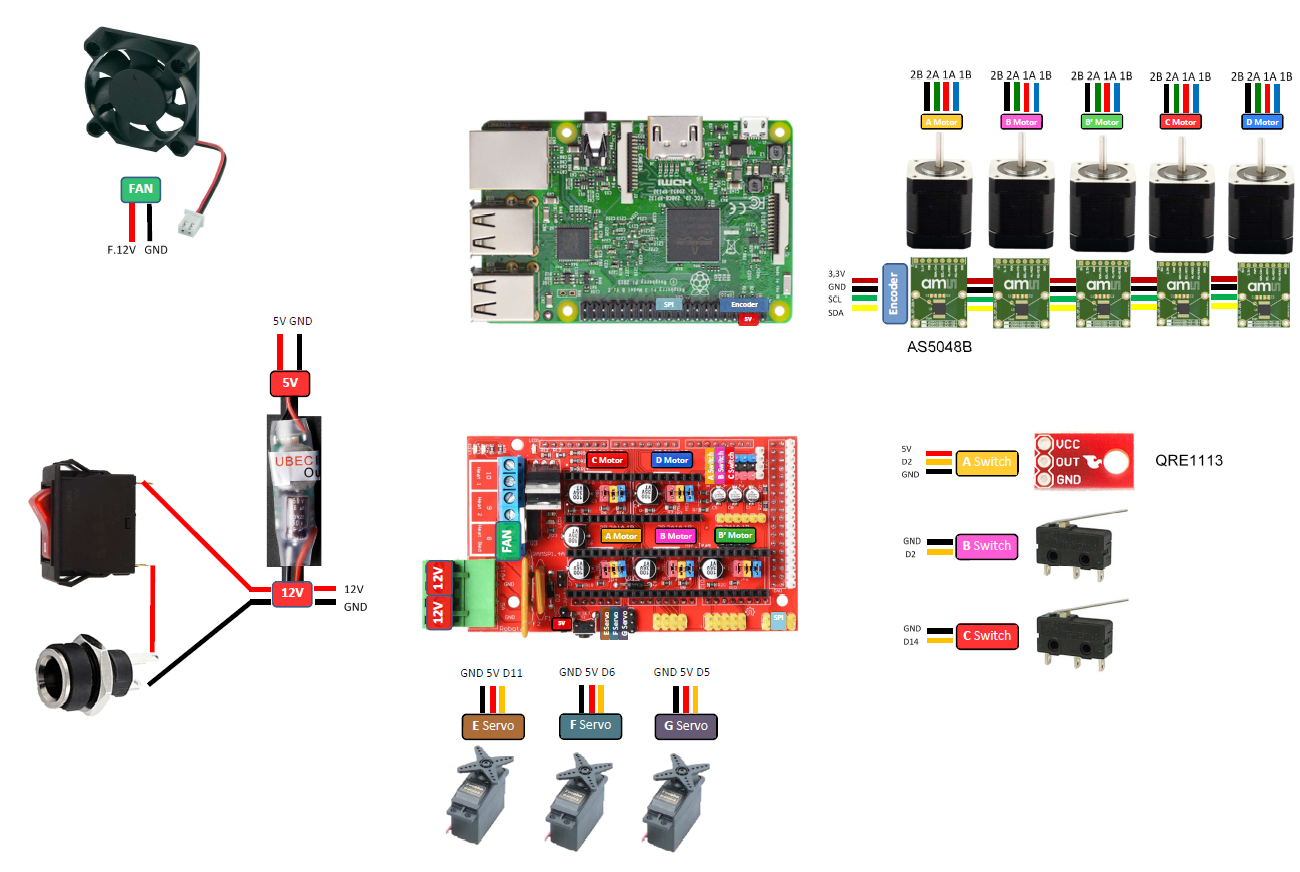 Edouard Renard, really nice work, but where can i get the stl files and the code

anyone knows how to put nema 23 in place of 17 and with which driver? to lift heavier.

just for the ramps, for 3d printing I would find

Is the arduino mega and Ramps 1.4 version of the code still available somewhere? The code on github is completely different now.

Who can provide the schematics or pictures of the niryo one v2.0 stepper motor drive board to connect the raspberry pie board pictures? Thank you very much!

Hi  Edouard Renard ,could you help me  explain how to put component together and Arduino usage.?

Keen for the 3D models! Keep up the awesome work.

What's going on Project Niryo? Seems like website is down and all quiet on the western front?

Looking forward to the next update!!

so where can I get the 3D print file?

I want to print it myself.

Hello, very nice project! How about using Mechaduino in the Niryo One? Maybe just using respberry pi to control 5 Mechaduinos with step motors & get feedback is pithy.

Yes it's a very good idea but too expensive right now but we definitly keep this idea for the future!

Thank you Danny !
Check out our Kickstarter campaign page to know more about Niryo One ;) http://kck.st/2nd9fAo

looks good, how much can it lift?

Hi EngineerAllen,
Thanks !
Niryo One can lift 500g. Check out our product page for all the specs : http://niryo.com/products/