A box that provides warmth and light for little seedlings that are used to grow in warmer and more sunny areas than your cold apartment.

The short description already sums it up. I found a little seedling in an orange that was hanging on the tree for way too long. It was just showing leaves and I thought I could give it a go of growing it into a mature plant.
As its still small and weak and the usually like earth temperature of between 24-28°c I thought it would have a lot better chances when introduced to more warmth than the 19-22°c in my apartment.
So I made a a box out of an old package and outfitted it with two 3W full spectrum LEDs. They already produce quite a bit of heat but just be able to control the temperature a little better I also added a peltier with a heatsink attached on each side. A normal heating element would probably be smarter but I was interested in what the peltier could do as it could also potentially be used to cool seeds that need a "frosting" period before they sprout and expect warmer weather.
The project took about 3-4h in total.

The "heater" is a peltier with two heatsinks attached to it. They are a bit isolated from each other from a 4 layers of painter fleece. Seems to work pretty well. The hot side heats up to ~37° after half an hour. Very slow but slow is anything but bad in this situation. If something should ever fail. The chance of the plant to overheat is very slim and the chance of my box to go up in flames as well.

The peltier gets controlled by an Arduino Pro Mini clone, an N-Channel MOSFET and a thermistor probe that sits in the seedlings soil. I just measured what resistance the thermistor had at certain temperatures and entered these values as a threshold into the Arduino code. I don't have a datasheet for this thing so anything else would have been guess work. 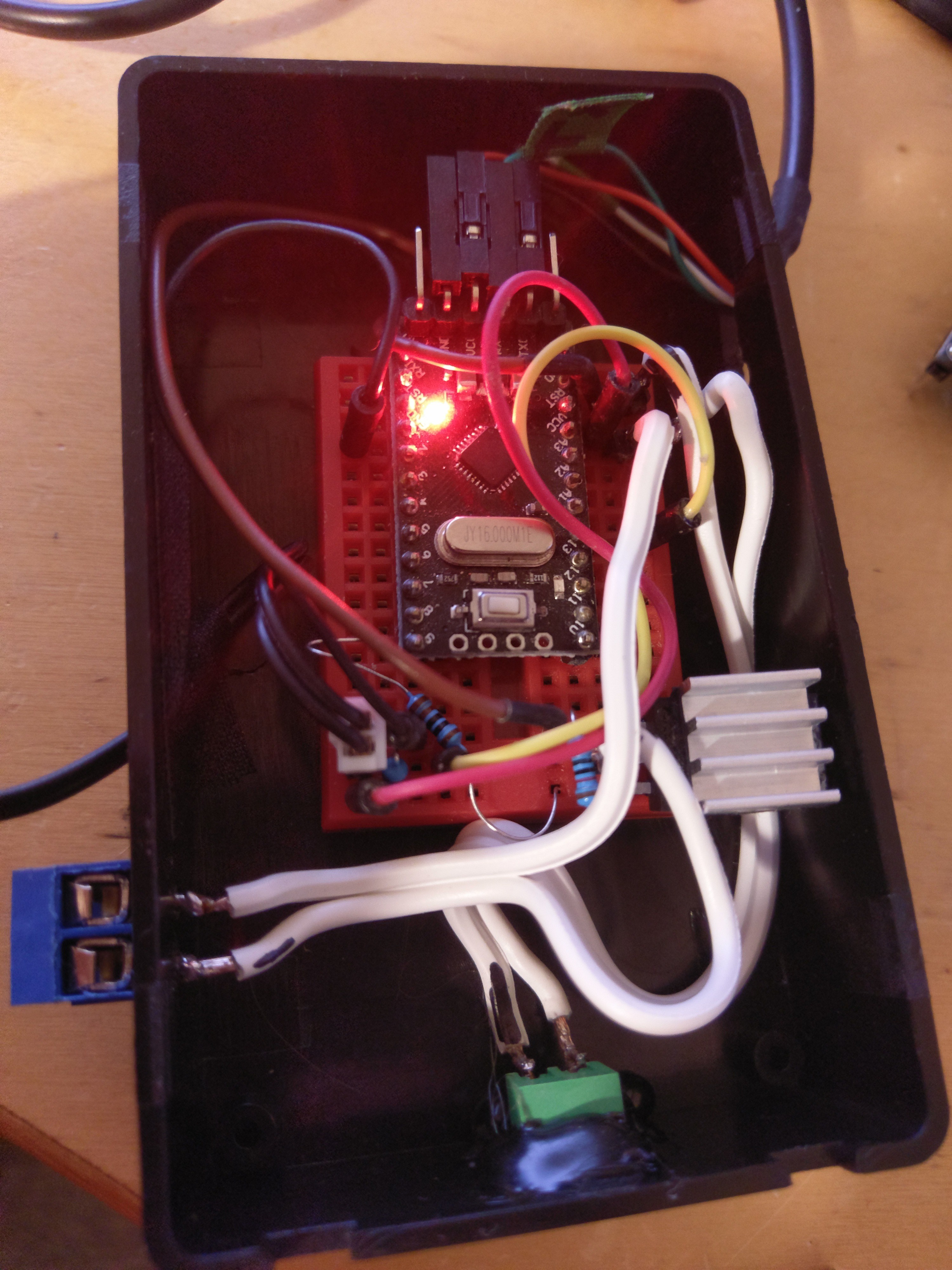 I cut a few holes into a small project box with my router and put in a few connectors for all the connections needed. For the screw terminal that I used to connect the peltier to the MOSFET I just pressed the leads of the terminal against the case and drilled 1mm holes where they left their mark. That made a tight fit so I didn't even had to glue anything there. 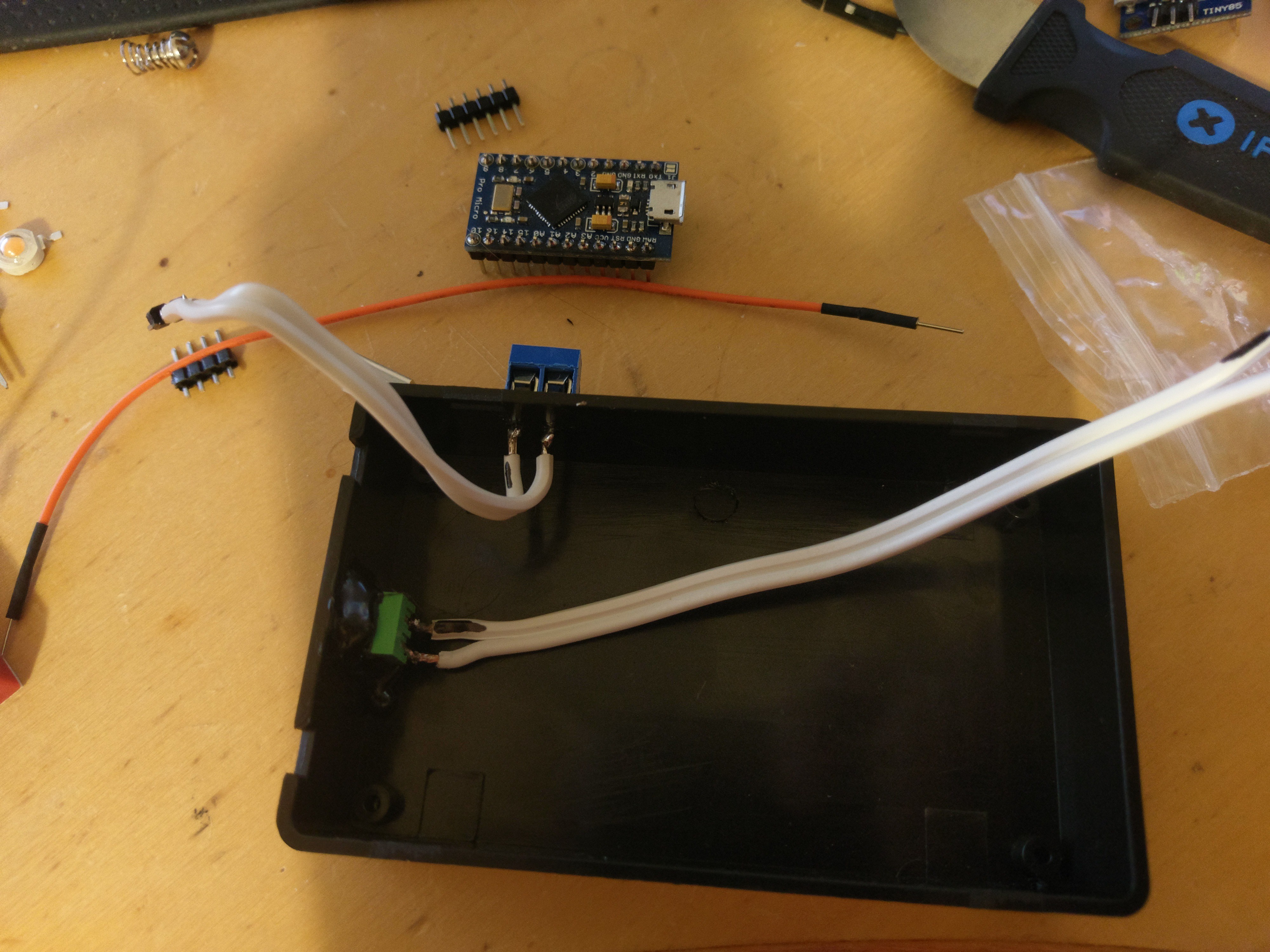 When I first saw this, I thought it was a bunch of components in a box, and the expectation was that with enough time and energy they would combine and evolve.  :)

So how does your seedling like its new home?

It started a second root, I guess so far its liking it. Lets see if it grows into a more mature seedling. I had a lot of seedling die at this young phase.

A box that sucks (a lot of air)

When does collecting things become an addiction.
Project Owner Contributor

I built a display/experience box as a gift to my wife for a piece of meteorite that was the main gift.
Project Owner Contributor