Displays whatever you want on three IN-12A/B displays.

The Nixie tubes are individually controlled by a K155ID1 driver. The driver boards simply contains this chip, an optional HV transistor for the decimal point, a couple of resistors and two footprints:

I chose those two because it was what I had in stock; furthermore (at the time I'm writing this), the IN12 and Z573M are one of the cheapest tubes you can find online. 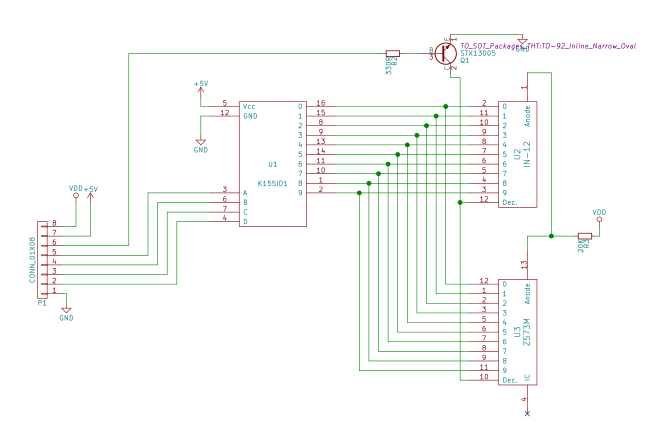 KiCAD was used for the schematic and the PCB.

I tried to cram everything in the smallest board possible, while keeping the possibility of installing either tubes. Particular care was taken in making sure the correct pin sequence was followed for the tubes.

The boards were sent to dirtypcbs... As they were 20x50mm in size (smaller than the minimum size), I panelized them to get twice as many boards :)