A few weeks ago I brought a fantastic piece of electronic, the Pocket Operator Arcade (PO-20) from Teenage Engineering. It’s a software synthesizer on small PCB with a grid of push buttons and LEDs, two potentiometers and a custom LCD screen like you would find on a Game & Watch.

Here’s a short video that demonstrates the features of the PO-20: httpps://www.youtube.com/watch?v=W5PvXQq3DVQ

After playing a little bit with it, I had a feeling you may know if you are reading this: I want to make my own!

When I start a project like this one, I jump right in and design a first PCB very quickly while I’m still in the excitement of this brand new idea. The PCB is of course not very good (two bodge wires this time) but now I can’t go back :)

The first board was designed as daughter board for the STM32F4 DISCO. It has a powerful microcontroller (Cortex-M4F ~160 Mhz) and an audio DAC with headphone output, so the “only” thing left to do is the user interface (buttons and LEDs). 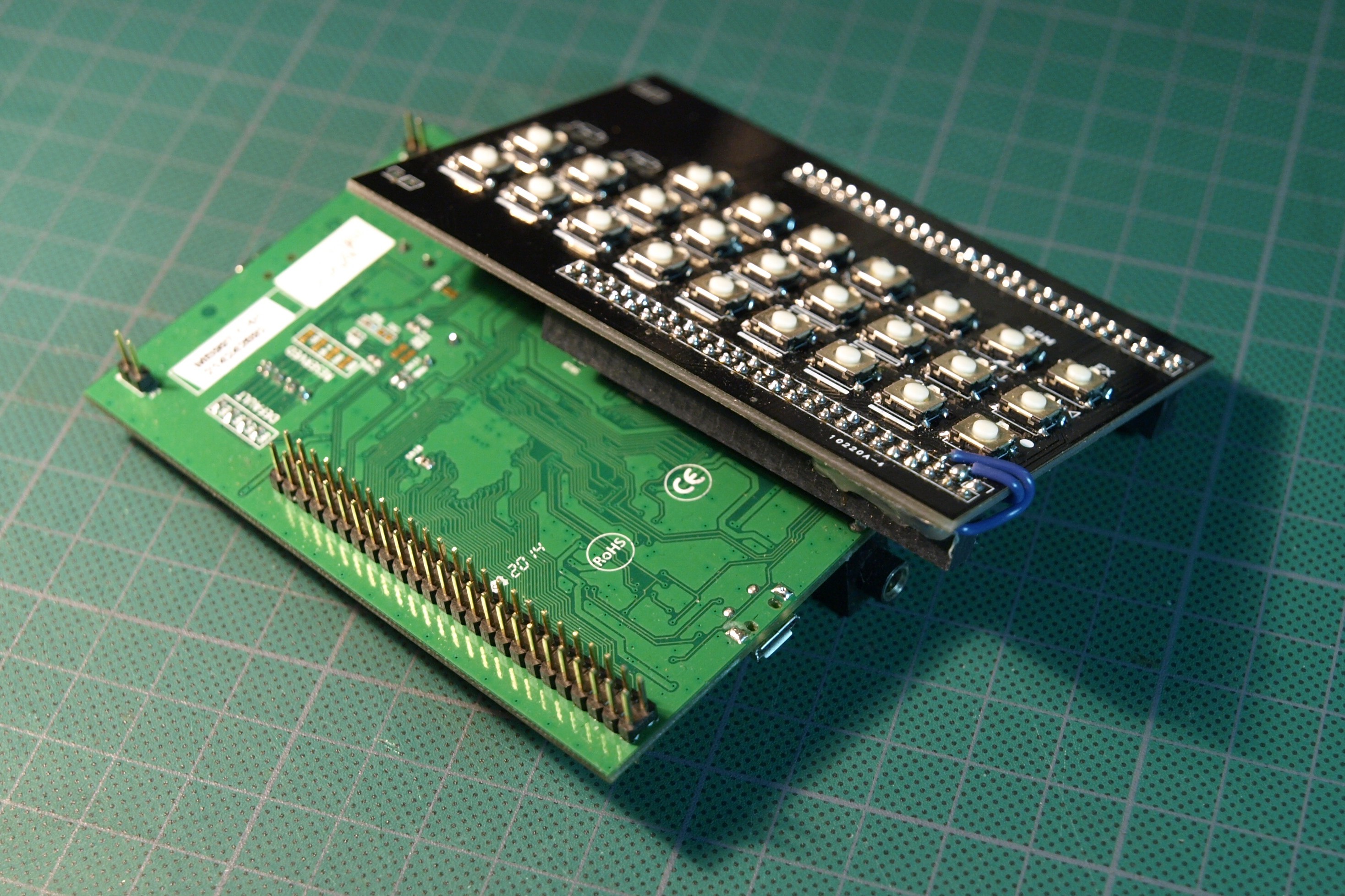 With this board I was able to start working on the software, play with multiplexed LED and buttons, start a first version of the state machine and get some sounds out.

But it’s time for the second design. I’m a software engineer so the electronic part of this project is the most challenging and interesting for me.